Bizarre Blogs: We Look Back On The Weirdest Hospitality News From The Last 10 Years

2011 was a hell of a year. Across the globe, we saw the toppling of two dictators, a royal wedding, a 72-day marriage, the public meltdown of Charlie Sheen and the meteoric rise of LMFAO's Party Rock Anthem. It was also the year that two uni mates quit their jobs and did what so many of us have drunkenly slurred at our besties: they started a business. This business. In the 10 years that DesignMyNight has graced your browser, we've tried our hardest to keep you abreast of all the groundbreaking news and innovations coming out the nightlife scene. In pursuing that aim, we've also come across some frankly batsh*t stuff too. So, what better way to acknowledge a decade on the web than with a roundup of the weirdest hospitality news we've ever had to cover.

Just weeks after Harry put a ring on it, fancy fried chicken franchise, Absurd Bird, incentivised its customers to do likewise. The restaurant vowed to cater the weddings of anyone who got down on one knee and secured a 'yes' from the other half. They even provided deep fried chicken rings (onion for the veggies) to ensure these once-in-a-lifetime moments were a little extra greasy. 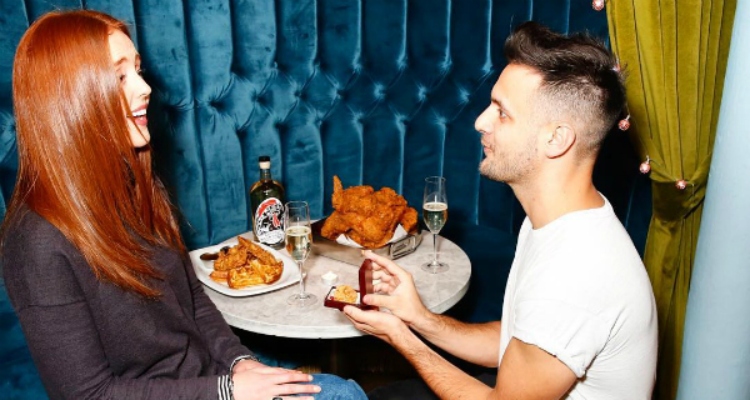 In 2017 you could propose to your thing with a chicken wing ring.

As hard as it is to believe, there was a time before Uber Eats and Deliveroo when the hungover masses would have to get out of their sweaty pit and collect their own grub. Thankfully, Glaswegians had it easier than most thanks to a team of guardian angels who would drop body-healing fried food and two-litre bottles of Irn Bru at your gaff. A truly forward-thinking concept. 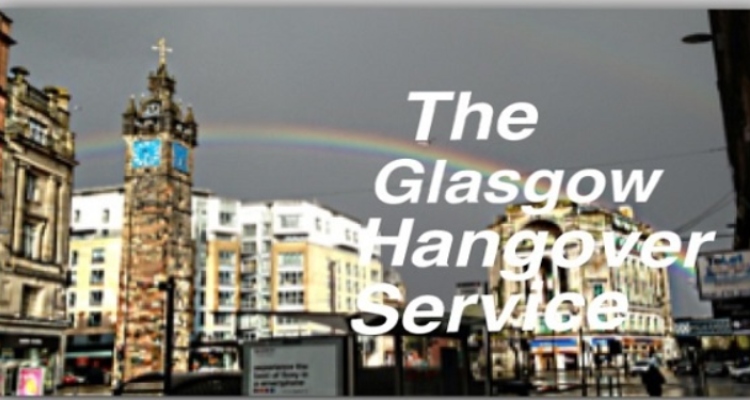 In 2013, Glaswegians had a dedicated service for morning-after cures.

If you weren't already convinced that we are living in the future, then M Restaurants can probably seal the deal. The swish eatery comes with a team of booze-serving animatrons named Bailey and Sage, who deliver bottles of Veuve and Dom to diners, complete with fun messages like, "Have nice meal!", "Please free me from this perpetual servitude!" and other fun robot things. 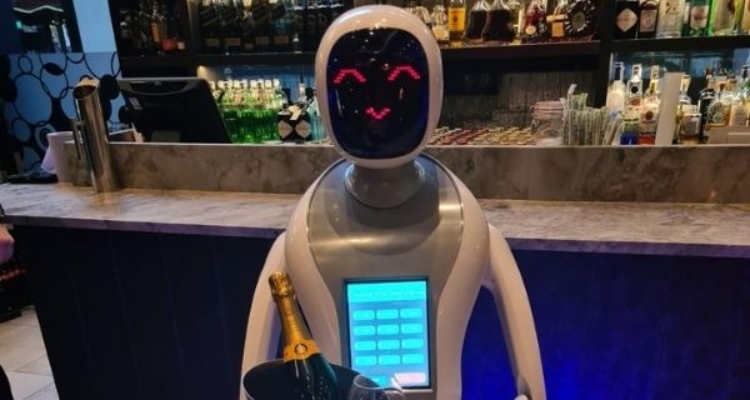 Something we could all use a little more of right now: catharsis. In 2017, Brummies had a particularly unique outlet for their emotions in the form of a real life rage room. The concept was simple: you go into a space filled with things you hate (telephones, computers, photocopiers), you are handed a large, heavy bat and for 30 minutes you can beat the living crap out of it all. 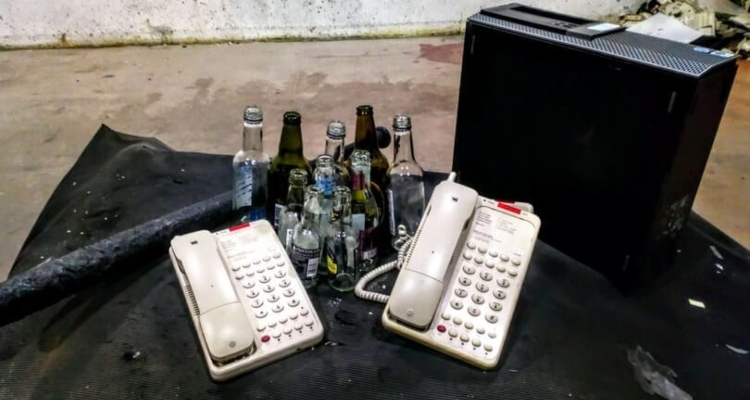 I mean, the title says it all really. The only thing the title doesn't tell you, is that is was BYO. Oh yes, this spunky event asked couples to bring "around five spoonfuls" of fluids for a cookery class-cum-intimacy workshop. And I'm sure you're wondering what was on the menu for the session; ‘Victoria Spooge Cake’ and ‘Schlong Island Ice Tea’. 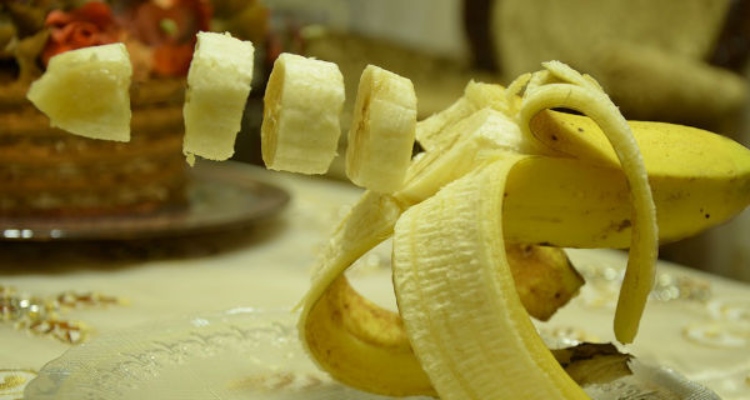 A BYO semen cookery class. It is what it is.

Truly the weirdest time of the year, the festive season tends to throw up all kinds of bizarre bits, particularly in the food department. One Manchester chippy took the prize with this fully deep-fried dinner that battered everything from turkey and Brussels sprouts to stuffing balls and figgy pudding. Because nothing says 'Merry Christmas' like Boxing Day diarrhoea. 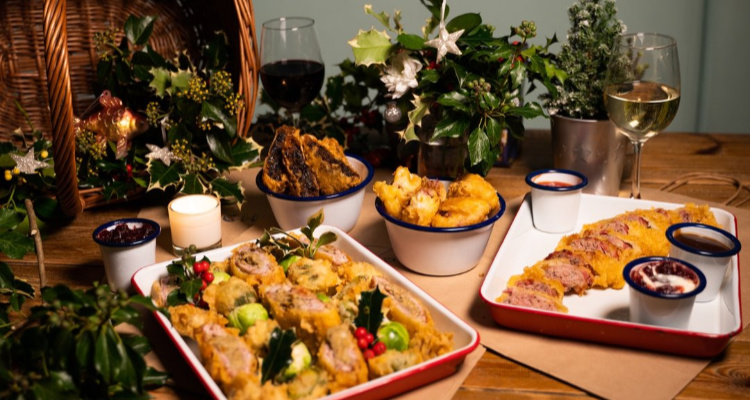 This fully deep-fried Christmas dinner was one of the hits of the 2019 festive season.

When NOW TV began to offer a new contract-free combo, they opted for a very stripped-back launch. Taking over a Central London rooftop, the streaming service invited the public for some all-over tanning sessions, complete with equally-bare bartenders, views across the city and a range of activities - swingball, sun-loungers and a trampoline. 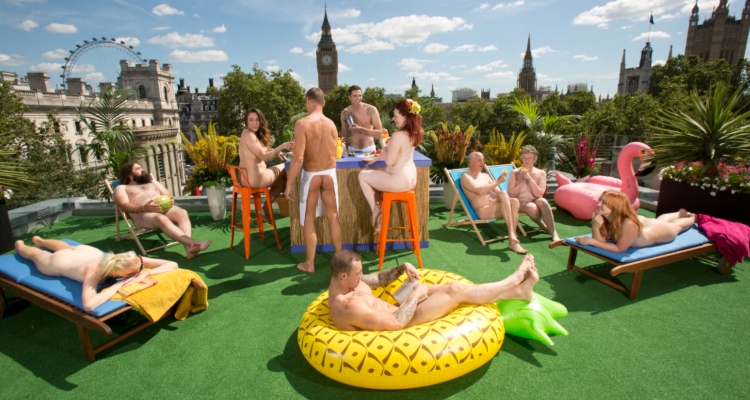 NOW TV's naked sun terrace caused a stir back in 2016.

Back when the pandemic was just a twinkle in a pangolin's eye, Café Rouge gave us the one good news story to come out of 2020. Their Cheese Suite showed what commitment to the bit really looked like as the space offered up a dairy dreamland of cheese boards, cheese board games, cheese soap, cheese art installations and a big Swiss bed. 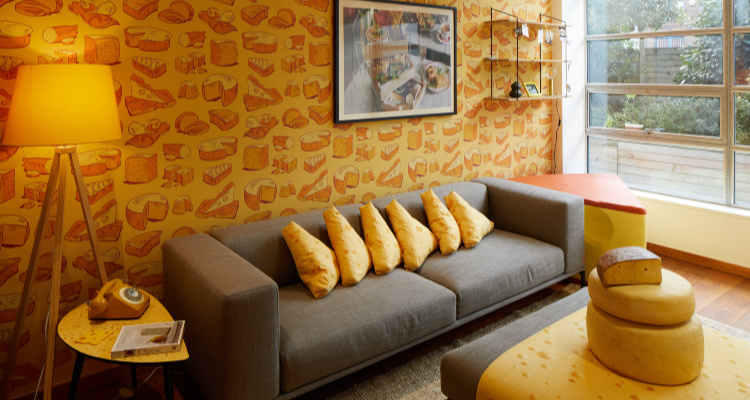 There aren't enough puns in the world to cover what was happening in this cheese hotel room.

Shortly after an Australian millionaire told us we'd never own property if we kept eating avocados, this Glasgow eatery ensured local Millenials would never even get a look at the ladder. Avo Avo made quite the splash when it opened in the West End, running a menu of solely avocado-based bites - including avocado toast, avocado fries, avocado cheesecake and avocado soup. While the spot sadly closed in 2019, we still hope they'll return to make lifelong renters of us all. 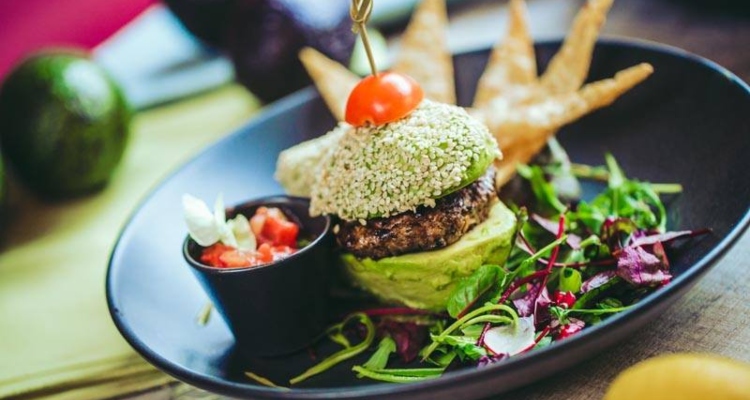 Glasgow's Avo Avo was the peak of the Millienial avocado craze. 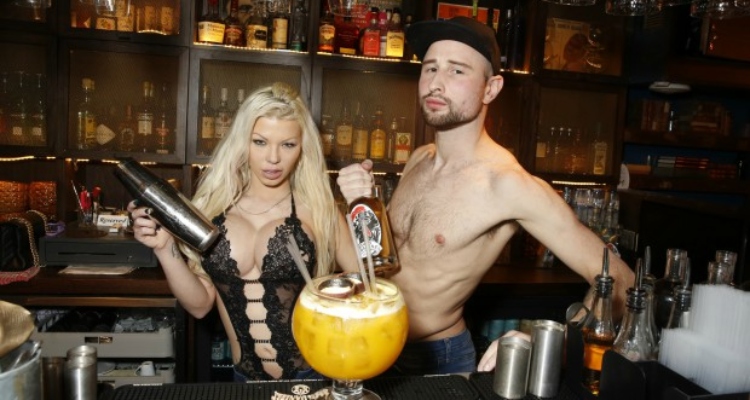 When we covered this, the PR personally called to tell us the images were in our spam folders.

Those are just the ones that really pushed the envelope. If you fancy a bit more reading material, we've got honourable mentions for days. Like the Dalston pop-up that handed hammers to punters; the garage bar that was a little more Lightning McQueen than Fast & Furious; the naked nightclub; the naked supper club; the naked speed-dating event; the restaurant that only served crisps; the restaurant that was inexplicably waterproof; a National Orgasm Day celebration; and that time Channel 5 brought a load of Norfolk nuns to Shoreditch.

If you're looking for more unique news from the across the country, you can keep up to date with the latest happenings on our blog.