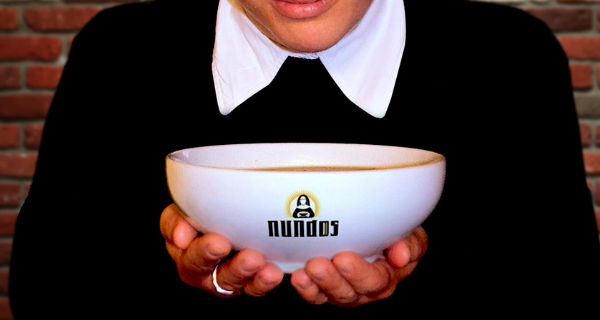 While you could never accuse East London of being a stranger to the pop-up, this month sees Shoreditch host one of its stranger pop-ups. On the 17th of October the doors to 'NUNdos' will open for three days serving 'food for the soul'. In this instance that is chicken soup, with a lentil option for vegetarians.

The event will coincide with the launch of new Channel 5 show 'Bad Habits: Holy Orders' on 19th of October. The show will follow five young millennial women as they give up their selfies to spend four weeks in a working convent in East Anglia under the guidance of an order of nuns called the Daughters of Divine Charity.

The restaurant itself will be staffed by sisters from the order, and is stated to offer 'serenity, nourishment and reflection'. Diners will be encouraged to temporarily relinquish their phones to an amnesty bin, to keep them from Instagramming the experience, and offer more time for conscientious thought and interaction with their fellow diners.

NUNdos will be completely free of charge and there will be no pre-booking available.