There’s seems to be a common myth that vegan means healthy, but we’re not always about that life. It's not all vegan taster menus and salad bowls. Sometimes you want to devour a juicy burger or get your hands on a carb-loaded pizza and there ain’t nothing wrong with that. From street food spots to plant-based diners, we’ve rounded up the best vegan junk food in Manchester.

Fresh from battling it out on Million Pound Menu, Wholesome Junkies are popping up at the likes of Ancoats General Store and Grub Food Fair. Think truffle burgers, jerk fries and this Boston Dog. From toppings like jalapenos and crispy onions to currywurst and banh mi dogs, it doesn't get much better than this. 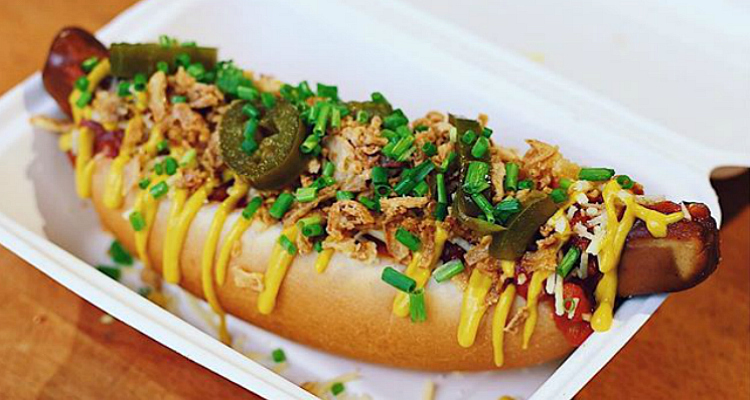 There's nothing hotter than this hot dog.

Taking you beyond the usual limp veggie slice, Zad's has got the vegan goods. Located in Chorlton, this fast food spot is big on the toppings. Tuck into faux pepperoni, soya chunks and cheese-less cheese. Trust us, it’s good. Signatures include the Fiery Zadras which pairs soya chunks with a punchy sauce, peppers, onion and mushrooms, while seasonal slices shake things up even further. 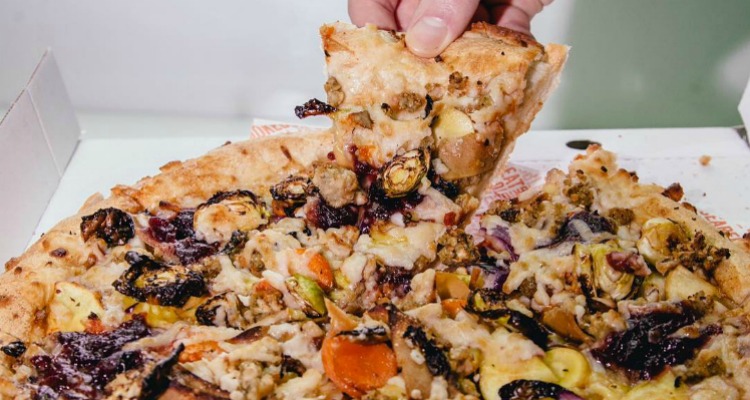 Think you’ve seen it all? Think again, because V-Rev Vegan Diner is serving up a mouthwatering mix of buns. From fried buttermilk seitan chicken topped with mozzarella cheez, cheddar cheez and hash browns to double beefy patties smothered in bacon, chipotle and cola BBQ sauce between two doughnuts, this is drool-worthy cheat day goodness at its finest. There’s even beacon fries, mac n cheez hot dogs and a whole load of sustainable sides. 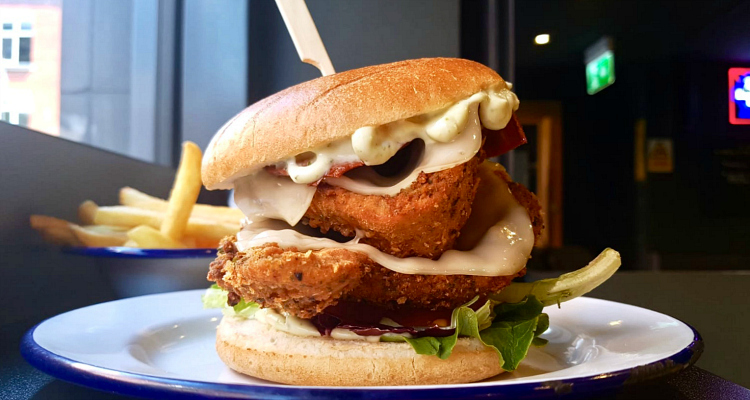 Burgers and beers are all you need.

Providing some of Manchester’s finest restaurants with the best dairy-free ice cream around, Ice Shack is the go-to for vegan dessert. Head to their Withington parlour where you’ll find all sorts of soy-based flavours from apple pie to chocolate peanut butter and reopolitan. You can even dig into artisan sorbets and a lip-smacking collection of cakes and pastries. 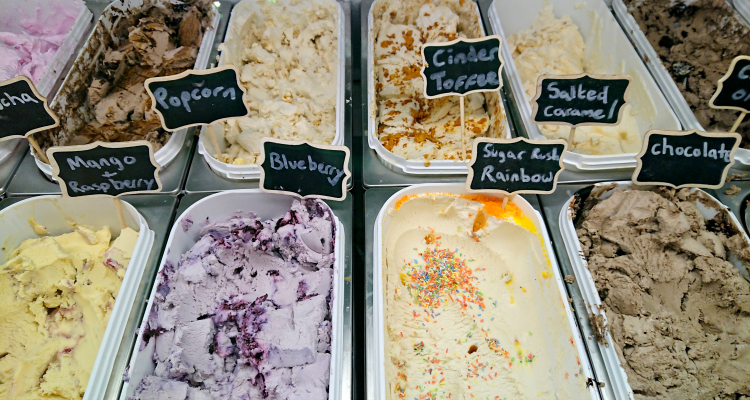 After afters? Ice Shack is your pick.

If you’re after live music, effortlessly cool vibes and meat-free munching, then The Deaf Institute should be on our radar. With a bustling music hall and subterranean bar, this Grosvenor Street landmark is home to a banging kitchen which cooks up a mostly vegan menu. Wrap your lips around 'fish' n chips, vegan waffles and jackfruit ‘chicken’ wings; the ultimate bar snack. 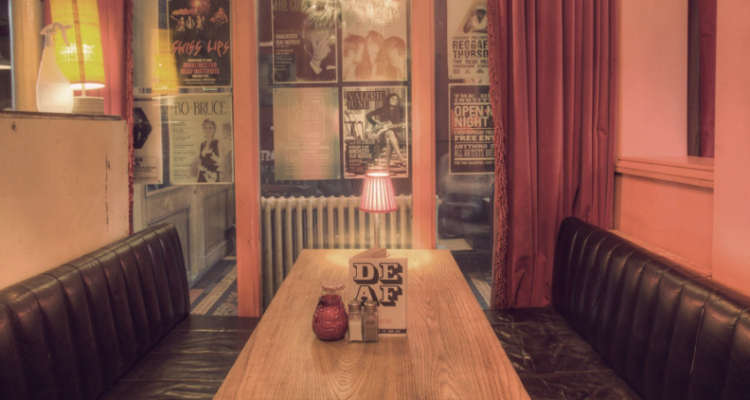 Chicken-less chicken? Don't knock it till you've tried it.