If you were banking on delicious grub to get through this upcoming Veganuary or always on the hunt for plant-based gems, you'll find there are some bloody good locals offering sumptuous food directly to your door. From bulging burgers and 'cheesy' pizzas to whole Sunday roasts, we've rounded up all the vegan restaurants in Birmingham doing delivery right now. 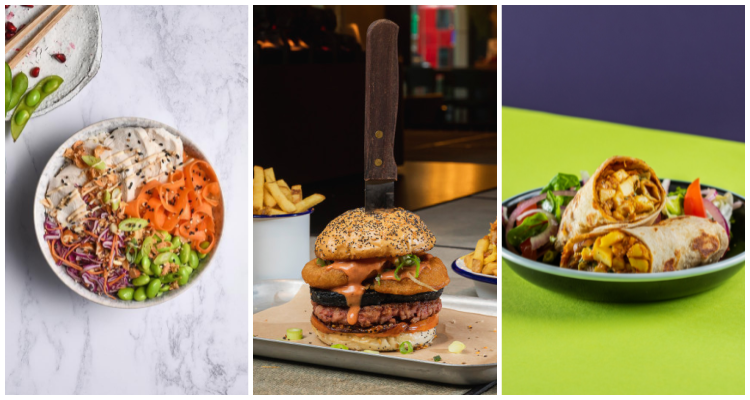 One Trick Pony: Craving all your favourite guilty pleasures? For burgers, wings, nachos and all the pub grub, try the plant-based versions at One Trick Pony. Or try their signature penang curry or nourish bowls for healthier alternatives.

BrewDog: Get some of the tastiest vegan delivery in Birmingham directly to your door with BrewDog. Along with meaty bites, they also dish out plant-based loaded fries, cauliflower wings and fresh draught beer.

Baked In Brick: Housed in the Custard Factory, this award-winning Digbeth restaurant is offering delivery and takeaway on its mouthwatering plant-based pizzas, as well as one of the best vegan roast dinners.

Tiger Bites Pig: The much-loved Chinese eatery is now offering delivery from both its city centre and Stirchley restaurant. Vegans can tuck into plates of Mapo tofu and fragrant aubergine washed down with craft beers and cocktails from Ikigai.

Hookway's: Already one of the best places for a vegan lunch in Birmingham, health-focused salad and wrap spot Hookway's is doing delivery on their moreish meals - think Lebanese seven-spiced cauliflower kebabs and freshly fried falafel.

Indico Mailbox: Searching for vegan or vegetarian Indian restaurants in Birmingham? Head to Indico Mailbox for sumptuous and plant-based eats. Chow down on tandoori classics, aromatic curries, and the most fabulous Punjabi-inspired burgers.

The Loft: With a dedicated menu of plant-based dishes, including pizzas, dahl and delicious sharing platters, The Loft is one of the best vegan restaurants in the Midlands offering delivery.

Mr Singh's: Always a top choice, Handsworth Wood's Mr Singh's is the place to head to if you're looking for sublime slices with a desi twist, alongside soya burgers and veggie hotdogs.

Kuula Poke: If you're looking for something lighter than your classic takeaway we'd recommend placing an order with Kuula Poke. The Hawaiian-inspired eatery can sort you for plenty of fish-free options, including their delicious Huli Huli tofu bowl.

The Delhi: If you're searching for vegan restaurants in Solihull, The Delhi dishes out plenty of plant-based options - we're talking onion bhajees, chickpea curries and vegetable biriyani rice. 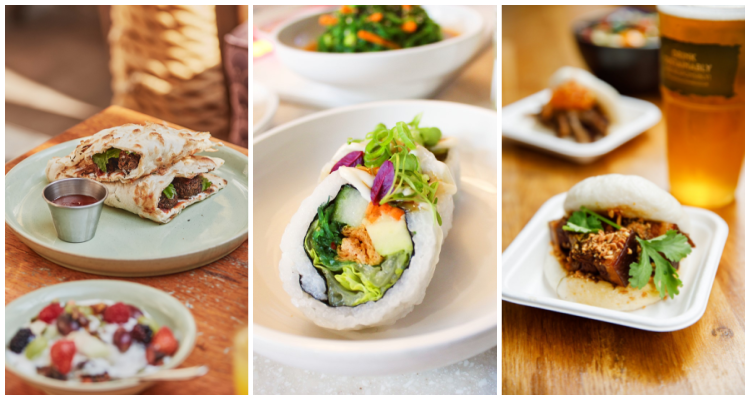 From salads and sushi to at-home meal kits, the plant-based options are endless.

The Stable: When it comes to the best vegan restaurants in Birmingham city centre, this pizzeria is delivering on epic food and cider combos. Order now to nab some sensational slices topped with BBQ jackfruit, red onion marmalade and gooey mozzarella.

Dishoom: As well as shipping out from their city centre restaurant, Dishoom are giving vegans one extra treat in the form of a DIY sausage naan kit, for you and yours to whip up at home.

YO! Sushi: Got a hankering for some delicious plant-based sushi? YO! are now doing delivery and takeaway from their Grand Central location, so you can feast on everything from avocado maki rolls and kaiso seaweed salad to their festive vegan fried chicken.

Eat Vietnam: Sort yourself out with some stunning Vietnamese treats courtesy of Eat Vietnam Stirchley. The restaurant is doing collection on its lineup of tasty plates, including Bún Tofu and cauliflower bites.

The Plough: This Harborne boozer has been doing the lord's work with their excellent takeaway pub grub. They've even got a dedicated vegan selection fronting everything from spicy buffalo soy strips to a plant-based sticky toffee pudding.

Pho: Serving up a delicious selection of authentic Vietnamese plates, Pho's plant-based offering is one of the city's best with the Grand Central restaurant delivering everything from salads and soup to the ultimate vegan hangover "cure".

iGoVegan: When it comes to plant-based junk food, it's hard to do better than this Sparkhill kitchen. From messy mac and cheeseburgers to fishless finger wraps and Sunday roasts, everything on this menu hits the spot.

BA-HA: BA-HA's vegan food in Birmingham is bringing award-winning delivery options to your door with crispy chilli tofu tossed in a soy marinade and paired with chargrilled veggies. Or for something more filling, you can opt for its famous Kentucky King burger.

Bamboo: Bamboo has some of the best vegan Chinese food in Birmingham, from steamed dumplings, Szechuan aubergine and plant-based Singaporean noodles. 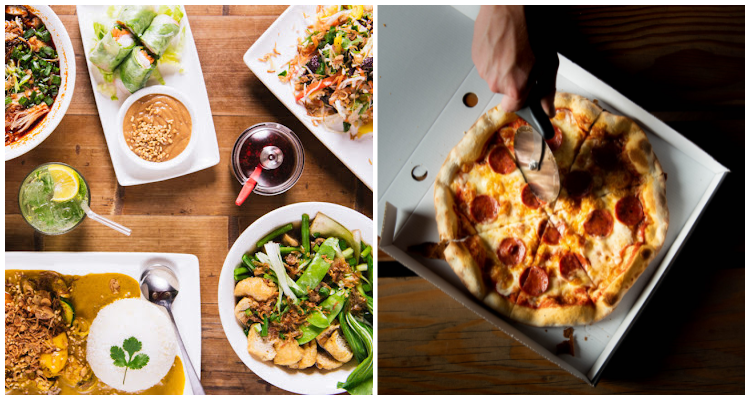 If you’re craving more, then head on over to DeliverMyNight to see what’s being rolled out to your door.