Where To Find The Best Katsu Sandos in London

Foodie market halls? Vegan junk food? CBD infusions? 2019 has seen some of the city’s biggest food trends really take to the sky and the humble sandwich is right up there. Ditching the BLT and tuna in favour of Iberian pork, Asian celeriac and the timeless chicken tanakatsu, this lot are bringing you the Japanese goods. Looking for the best katsu sandos in London? Here’s 5 of the finger-lickin’ best.

This year's real OG, Tātā Eatery has been slaying the sando game since it paraded the Iberian Katsu Sando at pop-ups and residencies around London. But now? The fusion favourites are dishing out the pork-stuffed dish at Tayēr + Elementary on Old Street. Fancy a little sando action in the West End? Head to laid-back offshoot TŌU at Arcade Food Theatre. 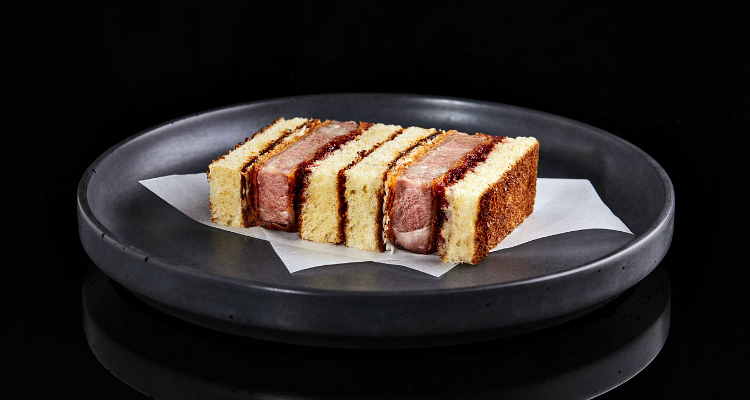 Step your Insta game up with the most photogenic of sandos.

One of Hackney’s coolest restaurants, Peg hails from the team behind P.Franco and Bright. Get down to Morning Lane for pared-back interiors, yakitori and a fabulous selection of wines… ideal for washing down their take on the city’s favourite sandwich. With breaded and deep-fried pork, shredded cabbage and hot mustard stuffed between two slabs of white bread, this is the stuff of carb-loaded dreams.

Step away from the Ploughman's... Peg has got something extra special.

With crispy panko-crusted fillings and shaved veg wedged between pillowy bread, ICHIBUNS know what they’re doing. The Chinatown hotspot is cooking up chicken and salmon curry specials, but if you’re after a plant-based option, then try the celeriac. And when you’re not tucking into breaded bites? Feast your way through sushi, udon and burgers before heading to the basement cocktail bar. 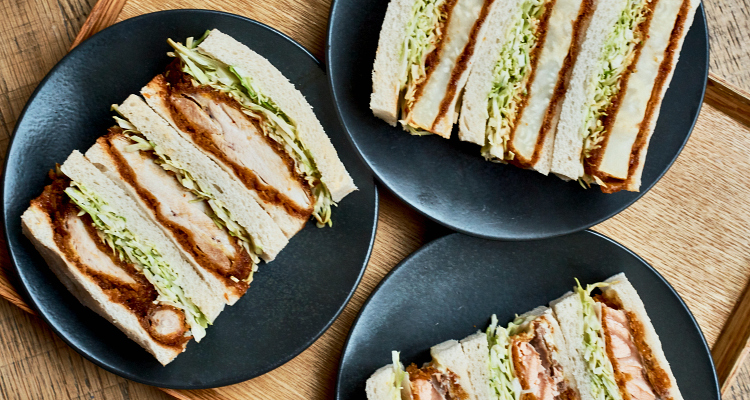 With a trio of katsu faves, ICHIBUNS has all bases covered.

A real north London hidden gem, Little Mercies is tucked away in Crouch End. Can’t fathom the journey north of the river? Just think about this chicken katsu number that teams pickled bean sprouts and crunchy prawn cracker bits before slathering in a jammy sweet n sour sauce. Oh, and did we mention the cocktails? 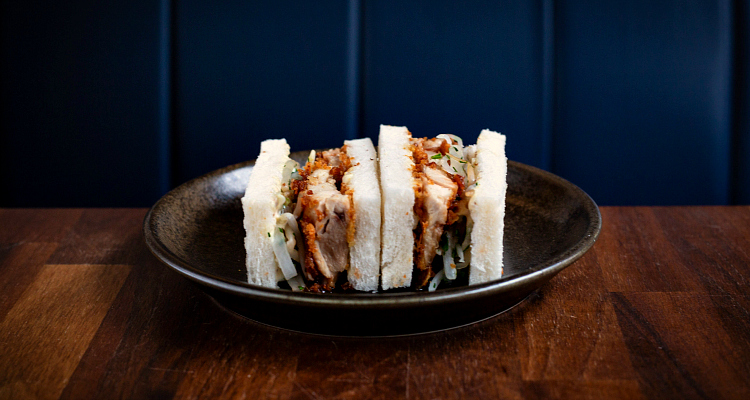 Sauce so good that they named themselves after it? Angel's Tanataksu is one of London’s original katsu purveyors, dishing out sushi, teriyaki and a whole host of katsu dishes. Don’t miss their signature katsu sandwich, which lets you choose from chicken or pork before topping with salad and a house-made sauce. Drool. 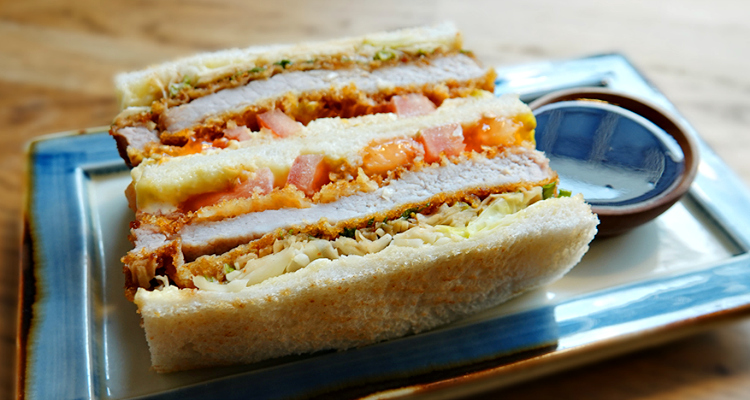 You ain't seen katsu until you've been to this Islington spot.

Still hungry? Check out our guide to the best small plates in London.