I like to think that the sign of a successful bar is how many bartenders tend to frequent it. The cocktails might be impressive and the service could be great, but if those who often work behind the bar are never sitting in front of it, can it really be that good? Packed to the rafters with hospitality workers and normal 9-5-ers alike, Little Mercies is the north London hideaway that you need on your radar.

Situated in the heart of Crouch End, you probably wouldn’t expect much from this little local hangout, but looks can often be deceiving. On my first visit, I walked straight past the understated exterior. Once inside, there’s exposed brickwork, deep blue hues and a striking concrete bar. Forget Instagrammable plants and in-your-face décor because the focus is firmly on the edible goods. 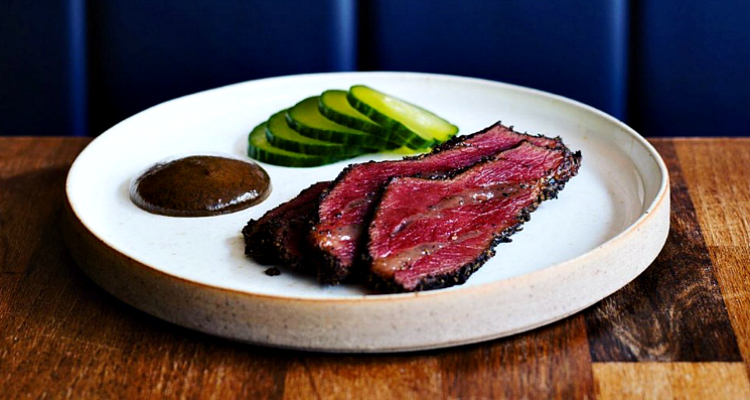 Helmed by Alan Sherwood who lists Scout and Peg + Patriot under his belt; and with cues from the Venning Brothers of Three Sheets fame, this understated spot benefits from hands-on tending from its owners. As we chilled at the bar on a Wednesday evening, Alan explained how complex the drinks are and yet the menu is laid out so simply. Pre-batching is still very much alive, with a variety of bottled numbers on the list. No visit would be complete without the “Pornstar” (£9) – the mature sibling of the classic which bypasses the often artificial flavour for passionfruit vodka and cordial undercut by wine and verjus.

There’s pale ales on tap, strawberry milk IPA and Nitro Cold Drip coffee for those who aren’t partial to a creative cocktail – but we skipped those. Opting for something that we hadn't tried on previous ventures, it was the Strawberry Negroni (£9) – aka the negroni for beginners. Floral, fragrant and far less bitter than the traditional mix, this elevated sip combined the herbaceous Victory Gin with strawberry and a hint of Campari. 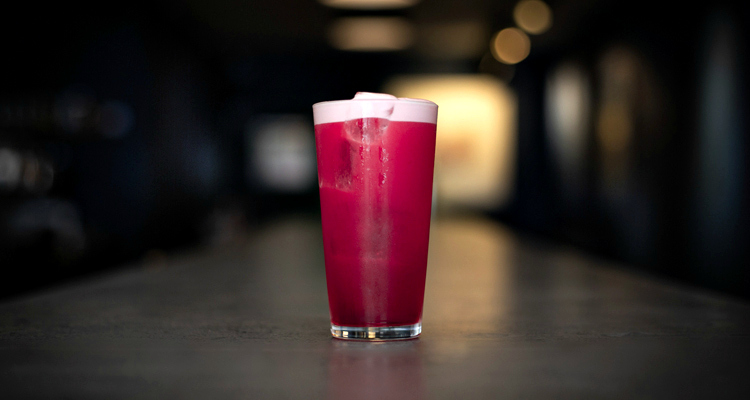 A collaboration with Porters Gin, 5 pink drinks have been created in aid of Breast Cancer Research.

Unable to resist a taste of the pink menu, we got stuck into a Tropical Spritz (think gin and vermouth paired with clarified fig, strawberry, coconut and a splash of soda) and a Clover(ish) Club (both £9). A lengthened riff on my favourite tipple of all time, this was a deliciously bold combo of tropical gin, raspberry and rose vermouth. Before we knew it, small plates were flying out in record speed and things were looking good.

Crispy on the outside and stuffed with plump chunks of mushroom, croquettes (£6) were even tastier than they looked (a trend that would continue throughout our visit). Then, resting on a delicate foam of smoked whey sauce, fermented plum + wilted chard, chalk steam trout (£12.50) was somehow dainty and hearty at the same time. 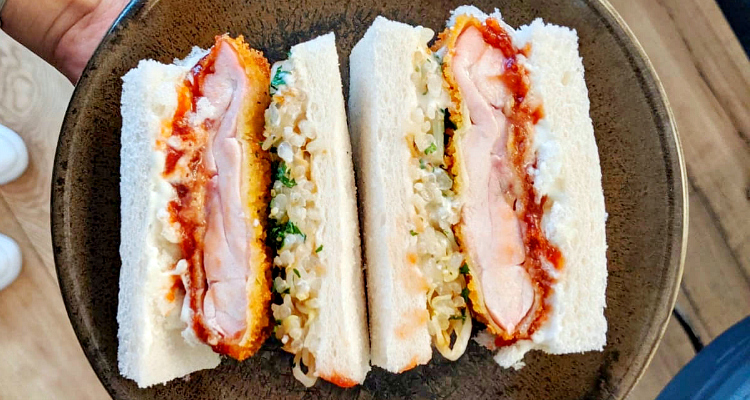 The sando of the moment has landed north of the river.

Joined by a heady Champagne Rhubarb Gimlet (£9) and the tart, rounded Blue Sour (£9) from the same pink menu, ox cheek pastrami (£9) and layers of firm yet fleshy artichoke smothered an earthy basil dollop and topped with broad beans and fermented chilli (£8.50) continued to hit the spot. But it was the en vogue chicken katsu sando (£7) that really won me over. Stuffed with bits of crunchy prawn cracker and pickled bean sprouts and then slathered in the kind of jammy sweet and sour sauce that brings a zingy tang, we had died and gone to a carb-loaded heaven.

These days, there are few restaurants bashing out amazing cocktails and even fewer bars able to nail their kitchen game… but Little Mercies isn't one of them. A proper all-in-one, this north London beauty is well worth the bus journey. Because there's nowhere else offering £9 cocktails and small plates quite like these.