We Scoffed Gourmet Indian Grub At This Colourful Fitzrovia Restaurant

The Pali Hill district of Bombay is known for its blending of old and new architecture. It's this ethos that underpins the Pali Hill restaurant, found in the heart of Fitzrovia. Against a backdrop of sleek furnishings and vintage artwork, this cool spot is a little refuge away from the hustle and bustle of neighbouring Oxford Street, with food that’s just as impressive as the setting. 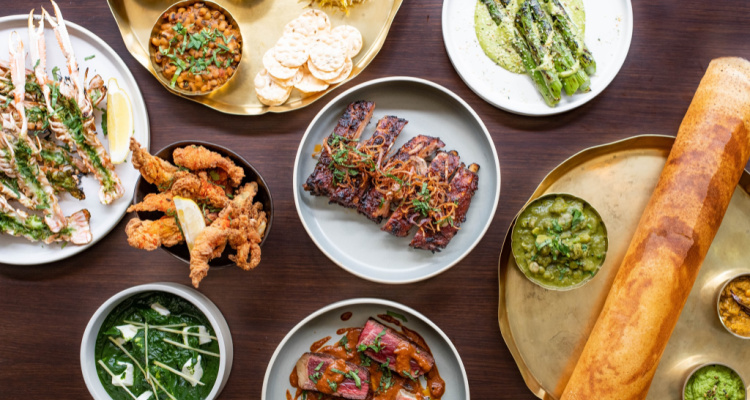 Pali Hill's menu is made to be shared as one family-style feast.

It's hard to convince me to go to Central London on a boiling hot weekend, but this place looked too good to turn down. So before I knew it, I was getting off at Oxford Street on a Sunday afternoon with makeup melting off my face. On first impression? I was amazed by how gorgeous the interiors were; we're talking rattan sofas, red leather booths and striking artwork. Immediately we were greeted with the offer of cocktails, so I went for the Mick Jaggery (£13) which was a refreshing blend of Mount Gay Black Barrel, Jaggery syrup, peach and soda.

To kick our meal off, the hara kebab (£8) was like fried cakes of spring peas and spinach, served with a spicy tamarind chutney. Up next, the paper dosa (£12) which could’ve been shared between the two of us, but I was just keeping it for myself. Served on a grand silver platter, the large flatbread came lined with a delicious mix of spring vegetables, potato sagu, and chutney. 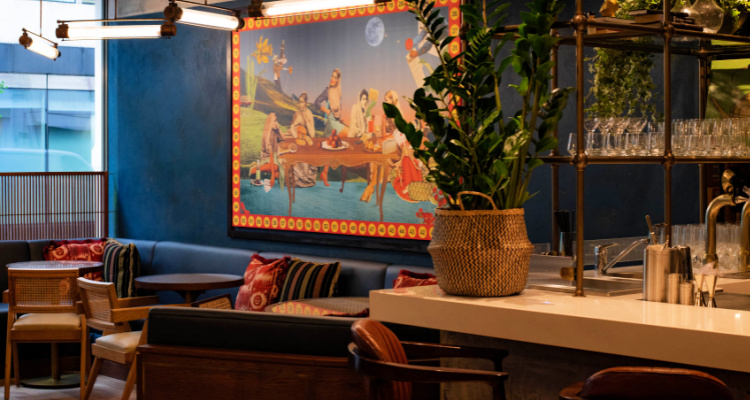 The colourful vintage-style artwork adds an extra sense of atmosphere at this Central London spot.

The menu is designed for family-style dining (even if the dosa was mine) so we opted for coconut broad beans (£5) on the side, which beautifully complemented the spiciness of my main with its fresh flavours. There was also no way I could turn down the dal tarka (£5) which I excitedly dug into until I realised I had absolutely painted my trousers yellow with it.

I chickened out of a substantial dessert because I had basically stuffed myself by this point, but the passion fruit ice gola (£7) was a really lovely palate cleanser. I’ve also got to give an honourable mention to the alphonso mango cheesecake (£7), which is only around for three months thanks to the rarity of the mangos used. It was the first time I had ever seen my partner eat actual fruit, so snaps to Pali Hill. 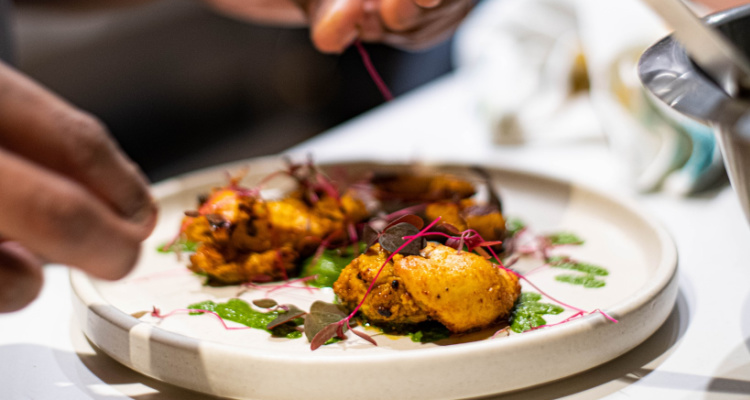 It's all about the final touches at Pali Hill.

Recognisable by its 60s colour scheme of mustard yellow, emerald and scarlet, Pali Hill had me swooning over its bold interiors, family-style dining and refreshing cocktails. It can only be a good thing if I'm leaving with dhal-covered trousers and a burning desire to come back again soon...