numnum is an affordable Chinese restaurant that doesn't compromise on flavour

I lived in Singapore as a kid, and during this time I was able to stuff my face with as much cheap Asian food as I could find. Even though London is bursting with awesome Chinese restaurants it’s hard to find one with a proper local vibe that doesn’t charge an arm and a leg for the good stuff… and it’s even more difficult if you're a vegan (I recognise I’ve made it harder for myself). However, here comes numnum. Tucked away under the railway arches of Scoresby Street, its menu of seasonal eats immediately caught my eye, and its neighborhood feel made me never want to leave. 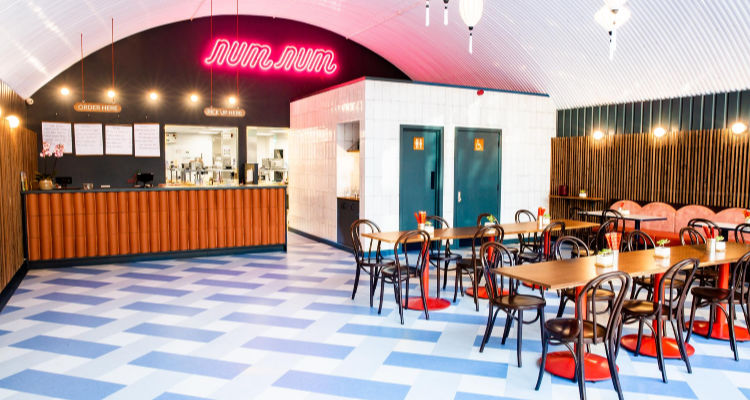 numnum has a real hidden gem feel to it.

It was pretty quiet when I first entered numnum but it was still early and only a Thursday. I waved a quick hello through to the kitchen (which you can see from the bar) and waited for my friend as Girls Aloud chimed overhead.

Boy, did numnum deliver. Before I even had time to process it, our table was covered in plates of food. Inspired by Southern Chinese cuisine, the plates of noodles, veg and tofu immediately took me back to Asia, particularly the bok choi and mushroom (£6) which had an incredible aromatic broth drizzled over it. The Buddha’s delight (£6) with tofu, snow peas and wood ear mushrooms was wholesome and delicious, and a brilliant accompaniment to the ever-so-slightly spicy dry curried wok fried noodles (£5). I must admit, this one really stood out to me, and I would 100% come back to eat bowl after bowl of it, as it perfectly blends curry powdered rice noodles, shallots and scallions for one hearty noodle fix. 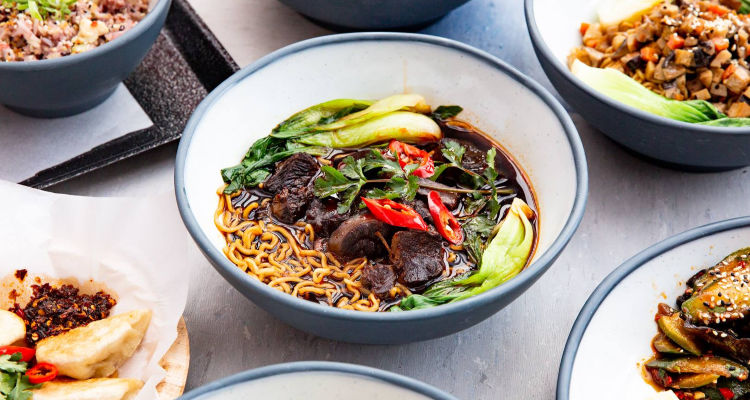 We'll be back to feats on this menu of affordable eats.

Thought we were done? Heck no, chuck in a side of smashed cucumber salad (£3) for an extra pop of colour and freshness, and pair it with the seasonal special of bright purple broken beets (£4.50) and you’ll have a bodacious bowl with that packs a punch with its spices. Finally, another pièce de résistance dan dan noodles (£7) which had slightly chunkier noodles, diced tofu and seasonal veg with a little bit more bok choi to round off the simple yet nourishing bowl. It must also be said that these were not small portions at all, so finishing the lot was no simple feat… but we got there eventually with some help from a few glasses of wine (£3).

Serving modern Southern Chinese cuisine from its home in Southwark, numnum has an undeniable neighbourhood charm. With its affordable prices, hearty portion sizes and authentic flavours, this restaurant is now my go-to for the area.

numnum can be found at 81 Scoresby St, London SE1 0XN. If you're hungry for more, check out our guide to London's best Chinese restaurants here.