Milroy’s is a whisky institution in London for its expertly-sourced bottles, impressive collection of rare finds and it’s own signature blends. So I, an avid gin drinker, was probably not the best-equipped reviewer to fight their way through stormy weather in the hopes of finding a new favourite spirit. But that’s what happened. In an attempt to pull myself out of my usual safety net, I thought there’s no better place to find a whisky I like than Milroy’s of Spitalfields… and hot dram, I was right. 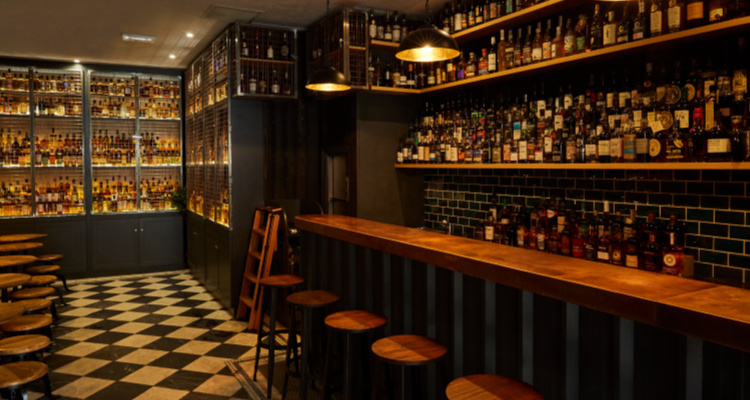 The Whisky Bar is a treasure trove of whiskies.

Essentially, Milroy's is split into three sections, all of which we were allowed to see. These are made up of the main Whisky Bar, the private members club The Dram Room and separate cocktail bar The Proofing Room. From the moment you walk into The Whisky Bar, you’re met with a museum-like display of over 1100 bottles, which could be a little intimidating to those who are unfamiliar with the drink. To make us feel more comfortable, our bartender (or trusted guide more like) assured us, if you can’t find a whisky you like here, then the problem is you. He then talked us through the collection, asking what kind of things we like drinking, before suggesting which tumblers to start off with.

There’s no set menu, it would be too difficult to keep track, but the That Boutique-y Whisky Company’s Single Malt Scotch Whisky (priced anywhere between £8 - £210) was a lovely, crisp way to begin the journey. These were then paired with The Ingredientist’s menu of bar snacks. I opted for the avocado and beetroot flower tacos (£7.50) which were beautifully light and almost like little pastries, topped with vegan parmesan for a little bit of earthiness. Then it was time to try the Sassy Foreze (£8.50) which was a winner for me, partly because of the name, partly because it had sweet sherry running through it. 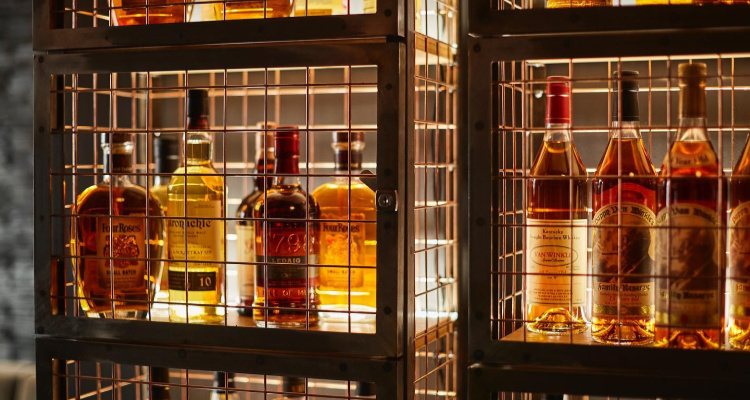 Looking for something more exclusive? The Dram House membership is worth splashing out on.

We were then offered a cheeky peak into the private member’s lounge, aka The Dram House (entry only available via membership). A plush paradise of super-exclusive finds, and almost like its own little world situated above the bustling bar downstairs, the space was made up of cosy seating and locked-up whiskies in metal casings. It was here that I learned the difference between peated and unpeated blends (yes, I am a rookie) before sampling the robust and smokey house blend, The Dram (£6). It's fair to say we sunk a good couple of hours in admiring the displays before we headed on a little tour of the tasting rooms and cigar terrace. 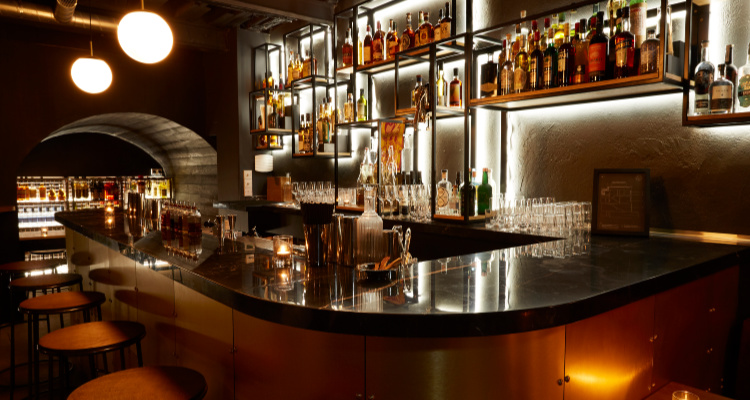 The Proofing Room is a quirky cocktail bar offering a variety of mixes (not just whisky).

Of course, no trip to Milroy’s would be complete without a trip to the downstairs cocktail bar, The Proofing Room. A laid-back, subterranean cocktail joint with jazz-infused hip-hop floating through the speakers, it embodied a completely different vibe to the other areas we had seen. This was the perfect place to try out the Famous Liars (£12), a kind of twist on the Harvey Wallbanger with Aquavit, vanilla, sage and fresh grapefruit. While this may have strayed me away from my main spirit of the evening, it was a beautiful place to end our excursion.

Whether you’re a first-time whisky drinker or a full-blown aficionado, the guys at Milroy’s of Spitalfields are more than equipped to quench your thirst. With each bar providing a different vibe and personality, it felt like we discovered a whole dram world of drinking that I may never have considered entering before.

Fancy quenching your thirst with our top picks of whisky bars in London? Check them out here.