The dining scene in London seems to be bursting at the seams with immersive experiences and theatrical eating, so you really need to do something different if you want to stand out. Combining theatre with live music, a fun storyline and an underlying message on civil rights, Supper Freak does just that, as we found out. 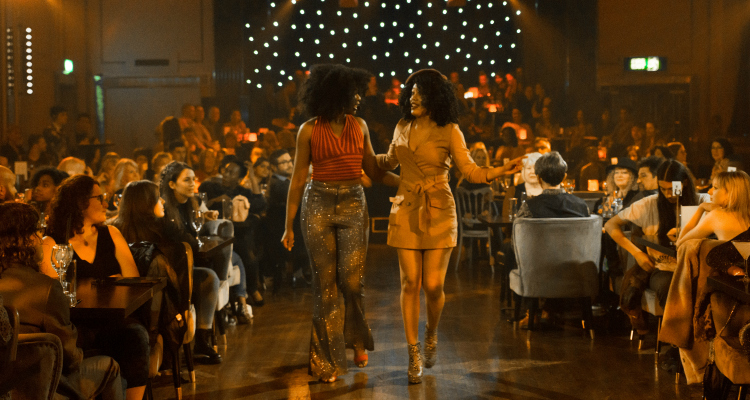 The two aspiring stars discuss how they're gonna win the dance contest.

To set the scene, it’s 1974 in a Harlem club called Little Paradise. A young troublemaker named Grace and her friend Angela are attempting to break in and win the dance competition, while you, the guest, watch all the action unfold.

Underpinned by the sounds of James Brown, Aretha Franklin and Marvin Gaye among others, the show goes beyond the tale of two ambitious young starlets, reflecting on how music and club culture fed into the civil rights movement. This is brought to the forefront a few times through dialogue, such as when Don Chamberlain reflects on the meaning behind the word 'Respect', and when archive footage of Selma, the March on Washington and other key moments flicker on large screens. 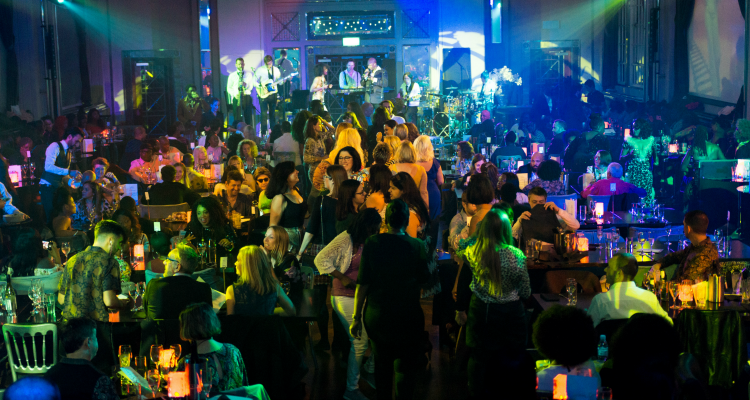 A bustling Bloomsbury Ballroom housed us super freaks for the evening.

Now, it must be said that while food plays into the event, it’s not really the focal point so don’t expect anything too fancy. My meal consisted of a veggie fishcake, a steamed vegetable selection with mashed potatoes and a dessert of assorted fruits topped with caramel, which was enough to keep me going. The drinks were also a little on the pricey side and I couldn't help thinking it would be better to have a bottomless add-on, but it didn't hinder our experience at all.

Should you choose to visit Little Paradise, you’ll be dazzled by the actors’ impressive dance moves on the soul train, have plenty of laughs attempting choreography and get the chance to strut your stuff with the best dressed competition. Supper Freak is more than just theatre, it’s a whole darn experience, with an uplifting soundtrack that celebrates a pinnacle moment in black history.

Life After Lockdown: Where Will We Drink, Dine and Dance In London?