Market Halls have been popping up across the city, giving rumbling tummies an incredible smorgasbord of independent eateries to choose from. With successful outposts in Fulham, and Victoria, their Central London venture is like an Aladdin’s cave of our city’s food scene, boasting some of the biggest names in the biz. We headed down on a thriving Friday night, where the party was in full swing, to try out the ultimate vegan pick ‘n’ mix from the UK’s largest food hall. 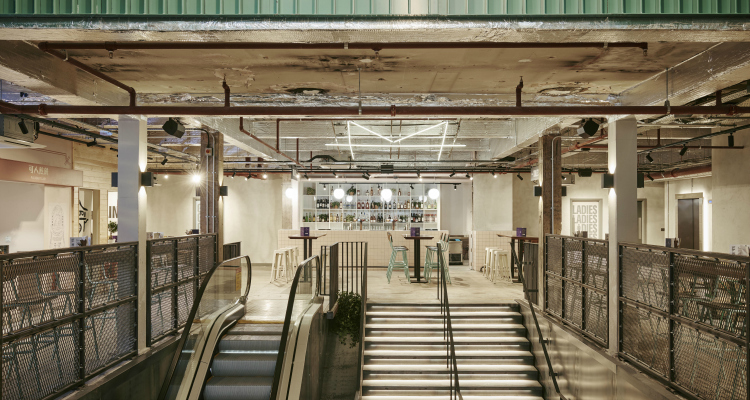 Tucked away from the hustle and bustle of Oxford Circus, Market Halls West End felt like a buzzy hideaway jam-packed with groups of after work drinkers, friends coming together and cute date nights. As the speakers blared out pop hits, the bar was surrounded by crowds while bartenders jumped back and forth. This would become the central hub for our excursion, because what’s a good meal without a few drinks?

Quite a few places caught our eye as we surveyed the space, and of course we had a good stare at plates being carried to tables around us, but damn… the choice was unreal. Gopals Corner had some gorgeous-looking roti, Yatai serve those sexy sandwiches with katsu chicken and gooey eggs, while Hotbox were churning out charred meat for the carnivore masses. My mate opted for some seriously loaded brisket fries (£7) and a brisket-filled burger (£10) which were inhaled in one quick swoop. 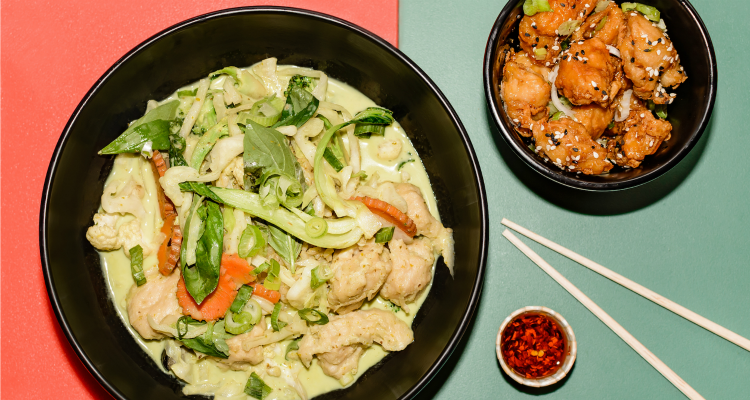 CookDaily has a cult following... for a very good reason.

For the vegans? There’s just as much choice as our omnivore friends. Laotian chef-owner of Cook Daily, King Cook has created a cult following through various pop-ups and residencies with his vegan interpretations of South East Asian cuisine, and his stall at Market Hall Victoria is constantly on my Instagram.

I knew these guys could deliver something special, and they didn’t disappoint in the slightest. The Dragon Boat (£6.95) was made up of fried vegan 'chicken' bites with a sticky teriyaki glaze and topped with fresh spring onions, seaweed and zesty Japanese vegan mayo. Alongside this? A beautiful Yaki Bowl (£10.95) with more 'chicken' and teriyaki, crunchy sesame slaw to add a little contrast and earthy brown rice, smothered in a signature gravy. As someone who is obsessed with Asian cooking, these Market Hall exclusives are worth the hype. 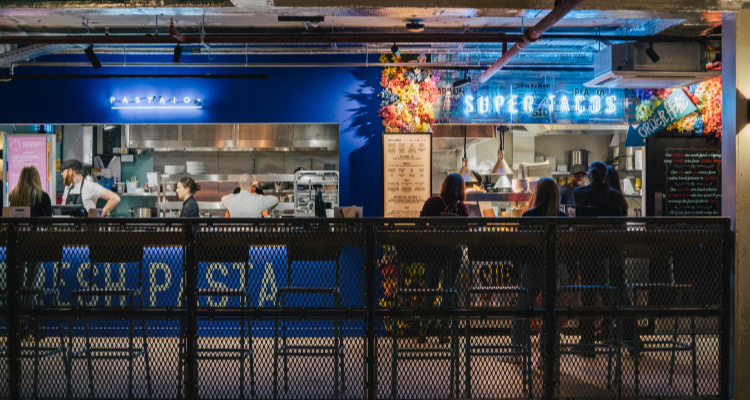 Guests will never run out of options at this epic pick 'n' mix.

With a hungry boyf at home, I thought it unfair to keep all this enjoyment to myself. So we grabbed a to-go box of Baozinn’s traditional veggie Jiaozil with red oil (£8.90) and hit the road. Soaked in soy sauce in front of some trash TV, they were a perfect tease of all the other indie food vendors that simply must be tried upon our return.

Market Halls are scattered all over the city, but the West End boasts the biggest in the UK. What does that mean for hungry diners? Plenty of delicious options from the city’s finest… (and catering to all diets) from their vibrant Central London home.