I'll cashew there: Lucy and Tiff Watson are serving vegan dishes to tell all your friends about

To be honest? I was apprehensive before heading to Tell Your Friends, the vegan restaurant founded by Made In Chelsea stars Lucy and Tiffany Watson. I was worried about overpriced, celebrity-endorsed, glorified rabbit food that was simply jumping onto a fad diet; as a vegan, stuff like that really gets under my skin. But i've got to admit, I was pleasantly surprised by the quality and the taste of the food, with home comforts and natural flavours at the forefront.

Here's how they proved me wrong...

Located in the pretty setting of Parsons Green, the restaurant has a large glass-fronted exterior with white and blue accents, as tiled floors made up the entryway in which we were seated. As the restaurant stretched back, it had a fashionable feel to it with hardwood floors, neon lights and painted metal work. 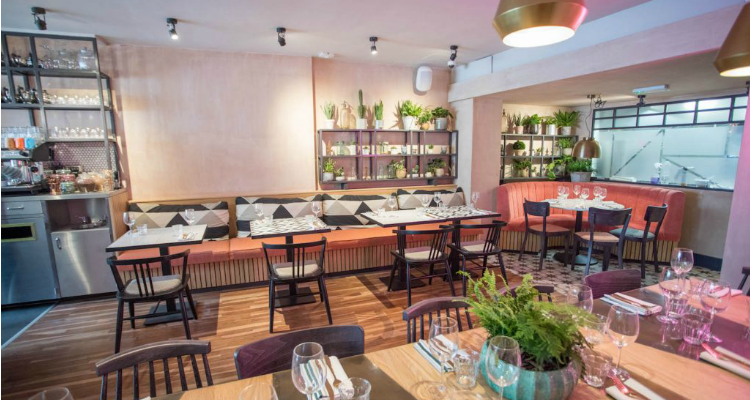 The interiors gave off a cool, hippy vibe as Fleetwood Mac chimed away in the background.

I was really hoping for a little celeb-spotting as Tiff and Lucy regularly post from the restaurant on their social media, but alas, we were unlucky. I was also slightly amused by the idea of seeing one of the Watson sisters cooking the food themselves, coming out of the kitchen Gordon Ramsay style, slamming the plate down and screaming ‘it’s fucking raw!’... but that didn’t happen either.

My friend and I started off with a couple of the small plates. We split the arancini (£6), a gorgeous deep fried risotto ball with cashew cream cheese filling, sundried tomato, spinach and kale pesto. The crust broke away easily as the filling melted with a creamy sweetness; it was so good I almost refused to share. Alongside this, we ordered a small bowl of cashew mac n cheese (£6.50), which had an earthy dusting over it. Its richness and consistency was surprisingly filling, but not heavy. 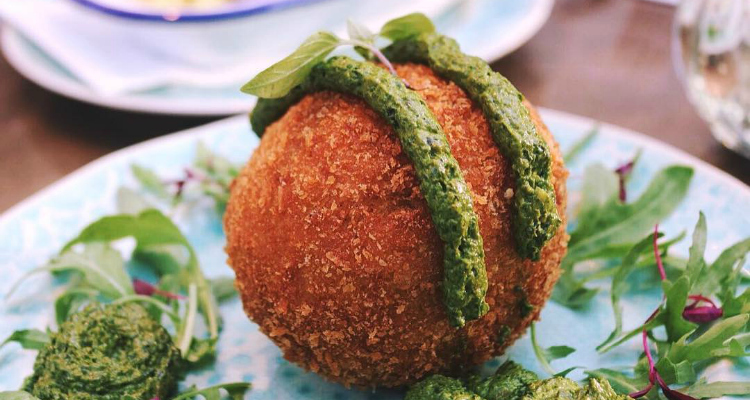 To accompany our starters, we chose a cocktail each. I was taken by the sound of a TYF margarita (£8.50) which had an almost tropical twist, while my friend went for the TYF Guilty Pleasure (£8.50) which had a lovely raspberry tang to it.

I chose a Buddha bowl (£13) for the main, opting to save some space for dessert. The large piece of sticky tofu had an almost meaty texture that complemented the delicate sweetness of the cabbage and beansprouts, while the quinoa and slices of avocado gave it a lightness, meaning I could munch away without feeling too heavy.

Admittedly, I was pretty full after that, and though the avocado chocolate mousse sounded delicious, I simply couldn't stomach another dish. Instead, I chose to take home a red velvet donut (£6). Its soft sugary icing complemented the sharper taste of the raspberries placed on top, with a gooey dough that left me feeling satisfied. 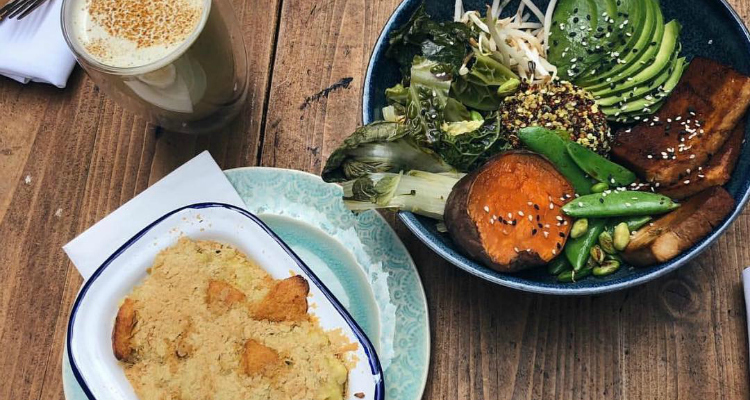 There was no shortage of colour in the TYF dishes.

Tell Your Friends seems to have really tapped into the wealthy vegan market, as other diners sat there with golden retrievers, while Fleetwood Mac’s Dreams chimed away in the background. And while clear they were understaffed, I still felt like we were taken care of by our waitress who was friendly and approachable, even as she was attending to a full restaurant.

In summary? Don’t be put off by the celebrity name tag attached to Tell Your Friends. If you’re looking for hearty vegan food that won’t leave you bloated, Lucy and Tiff have got you covered.

Sip While They Snip: The Uber-Cool Spots Putting The ‘Bar’ In Barber Shop