Inside London's Underground Pink Paradise Serving Its Own Signature Mezcal

As someone who grew up with the Spice Girls, girl power has always been an essential life motto. So when I found out that a female-led, pop-up mezcal bar called Doña - loosely translated to girl boss - had arrived in Stoke Newington, I was there faster than you can say ‘viva forever.’ 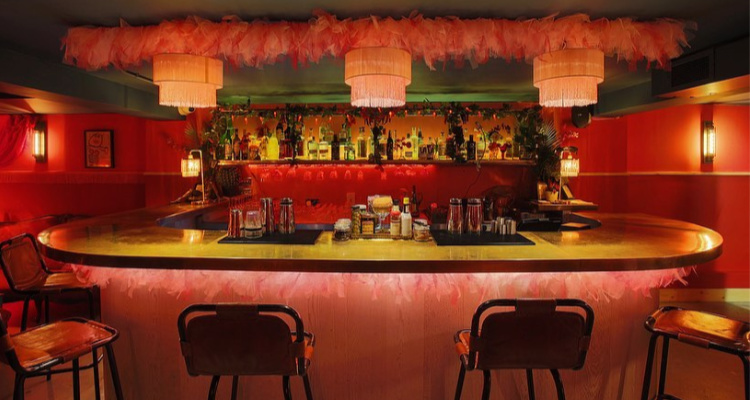 Is this heaven? Girl no, it's Doña.

Down the glittering gold doorway we found a very, very, very pink basement, where the party was in full swing and the atmosphere was palpable. As DJs spun funk hits on the decks, groups were scattered around the plush furnishings, surrounded by cacti, drinking to the weekend.

I started with a crash course in mezcal from Thea (her knowledge on this stuff is pretty damn impressive), who explained that it's an agave-derived spirit like tequila, but from a very specific place in Mexico, and it's one of the oldest spirits in the Americas.

Then it was time for cocktails. I kicked off with Molly(£10), named after a friend of the duo who set up the bar. The combination of Quiquiriqui mezcal, blackberry, lime, agave and cider was fresh and fruity, while the Gaynor (£11) was created with the bar’s own mezcal, 30 & 40 Jus, chai and black walnut, for a punchy yet sweet mix. 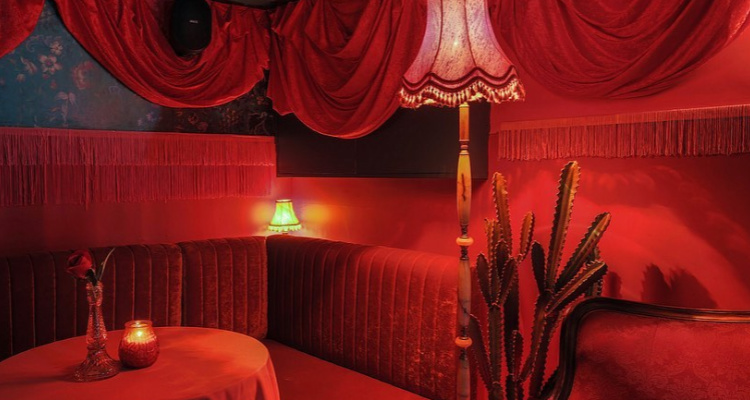 These pretty in pink interiors are perfect for mezcal sipping.

To round off the experience, we thought it necessary to sip the stuff straight. While I can’t usually drink like this, I adopted a when in Rome (or Mexico?) attitude. I opted for the house blend, the Dangerous Don Café (£7), which had a really great depth of flavour to it thanks to the ground Oaxacan coffee beans used within the distilling process.

Behind its glittering doorway Doña is an underground lair drenched in red and pink hues, the party atmosphere is palpable, and fuelled by a female-focused lineup of musical acts. The cherry on top? A menu of delicious mezcal that’s accessible to even the most amateur agave guzzlers.

You can find Doña at 88 Stoke Newington High Street, London, N16 7NY, and she's there until the end of the December.