There's no denying that our city is a wonderland of food - but let's face it, we're all feeling the pinch at the moment. You may think that eating out has become completely unaffordable, though we'll stop you right there; we've compiled a list of London's best dishes under £5. From bougie cheese and meat plates going at just £3.95 to a couple of hefty tacos for only £3, in the words of The Streets, here's what the shrapnel in your back pocket can afford.

A firm South London favourite, Mr Bao has been filling the people of Peckham’s tums for many years now. It rustles up a range of tantalizing Taiwanese treats, including its epic steamed buns, all available for £4.60 and under. What's on the menu? Classic and signature sensations, including 24-hour marinated fried chicken, nestled alongside house kimchi and wasabi mayo, as well as teriyaki mushrooms accompanied by pickled onions and miso. 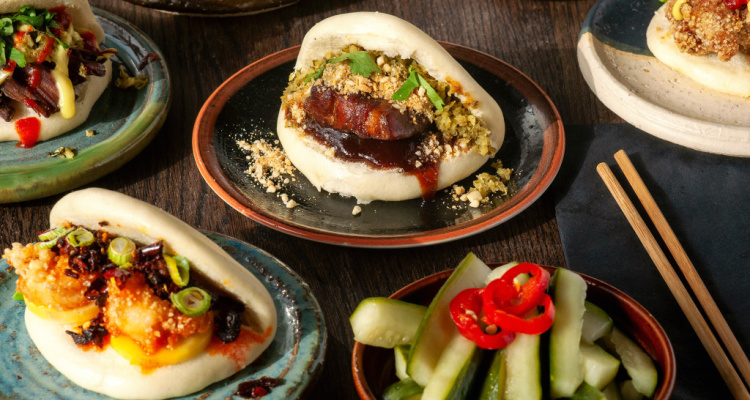 We bao down to these scrumptious eats at affordable prices.

Taco-bout a great deal, eh? Barrio, which boasts outposts in Soho, Shoreditch, Angel and Brixton, offers £3 tacos every day from 12pm until 9pm, except for Fridays and Saturdays. You can choose any from their menu, and you get two per portion. That means buffalo chicken, chipotle-topped fried cauliflower and a quirky cheeseburger number are all yours for basically just pocket change. 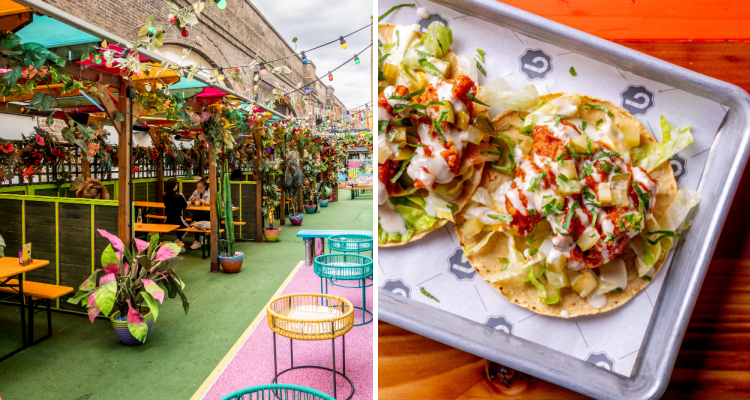 Nestled in Carnaby Street’s Kingly Court, Korean Dinner Party is famed for its East-meets-West fusion fare. Think Korean tacos, bacon mochi and so much more, including its cracking £4 corn dogs. The KDP is half hotdog, half mozzarella, drizzled in ketchup and mustard, while the Pickle Dog is a vegan version, made up of a pickle, ketchup and Tajin salt. This hangout also shakes up deliciously kitsch cocktails if you're feeling thirsty. 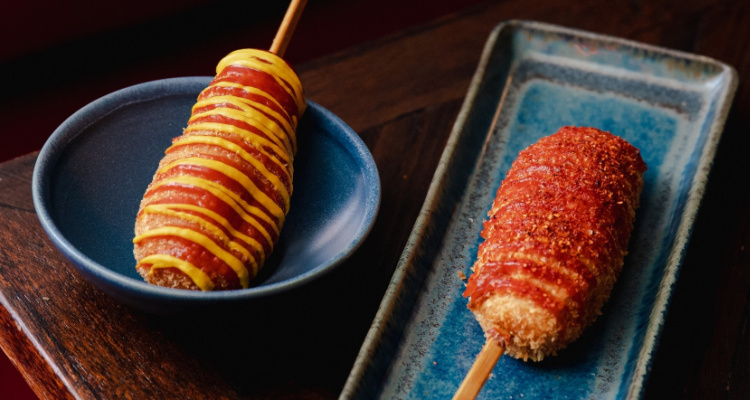 Phwoar, that's a mighty corn dog if we ever saw one.

Feeling blue this Monday? We know just the thing to cheer you up. On the first day of every week, Market Halls Oxford Street’s many vendors all have a delish dish up for grabs at £5, making it a great spot for cheap street food in London. It's ‘Carefree Mondays’ see the likes of Le Bab, Baozilnn, Inamo Sukoshi, DF Tacos, HotBox, Gopal’s Corner, Chick Chick Crew and Pasta Evangelists slinging out stellar grub, all without making a dent in your bank balance. 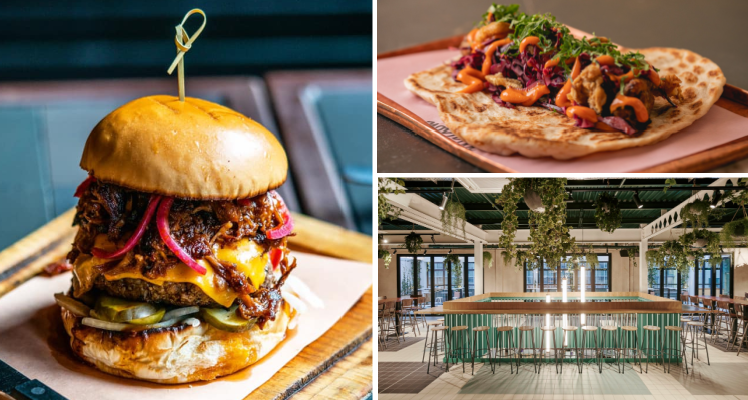 While the £5 dishes change regularly, here is an example of Hotbox's and Le Bab's fare.

From The Cheese Bar comes this fabulous place for cheap eats in London, Pick & Cheese, where you can nab a range of dairy-doused and heavenly meat dishes from a sushi-style conveyor belt. And the best part? Most of these are under £5. That’s a healthy slice of sheep’s ricotta for just £3.95, achari-spiced salami at £4.95 and so much more. Stretchy waistbands at the ready, guys. 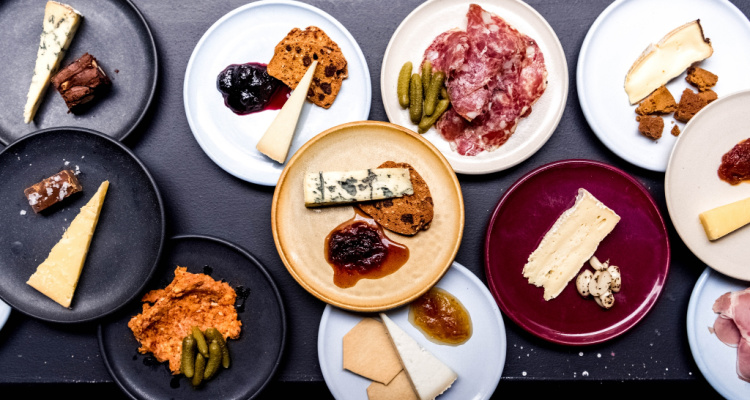 Feeling bougie but don't have the bank balance to match? Right this way.

Pizza Union slings out 12” margherita pizzas for £4.95, every. single. day. You can find this restaurant at various corners of the city, including King’s Cross, Hoxton and Aldgate, with beautifully prepared, thin-crust slices coming your way at bargain prices. And while cheap, you can bet your bottom dollar that this joint doesn't scrimp on flavour (or cheese for that matter, just look at that bad boy below). Plus, its frozen margaritas and mojitos are only £4.50 each if you need a wee tipple to go with your meal. 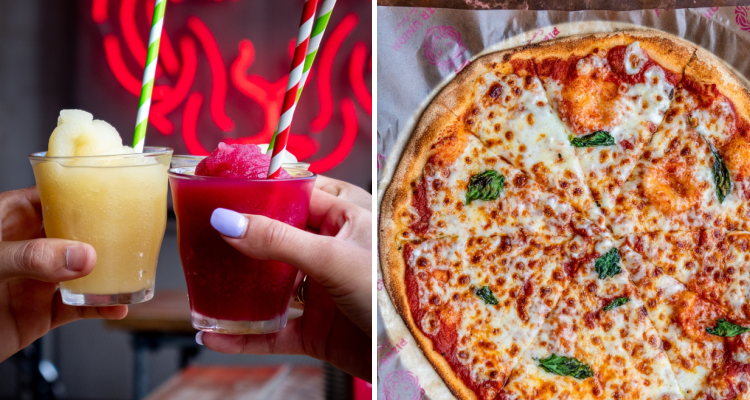 Though the margherita is the only pizza under £5, nothing else on the menu goes over £8.

While YO! Sushi’s Blue Monday deals are a thing of the past, its menu of Japanese-inspired fare is still as affordable as ever. Most of the sushi dishes are yours for just a few quid, plus a hearty bowl of veggie yakisoba noodles will only set you back a fiver. And as it totes multiple branches under its belt, such as in Bond Street, Stratford and Selfridges, you're never far from cheap eats in London. 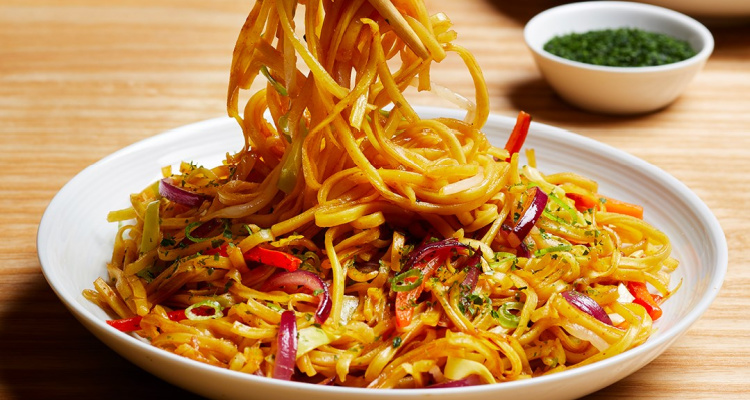 But if noodles aren't for you, you can also bag a serving of veggie firecracker rice for £4.75.

Fronting numerous branches, in places like Oxford Circus, Bond Street and Canary Wharf, Marugame has won the hearts of the capital's money-savvy folk. Chow down on a comforting dish of £3.45 Kamaage or go for the beaut BK - a steaming bowl of noodles in a rich, intense broth - that's up for grabs at £4.35. But if you're still hungry? Chomp on a piece of £1.95 chicken karaage, enjoy some courgette tempura for £1.45 and so much more. One of the most affordable restaurants in Central London? You betcha. 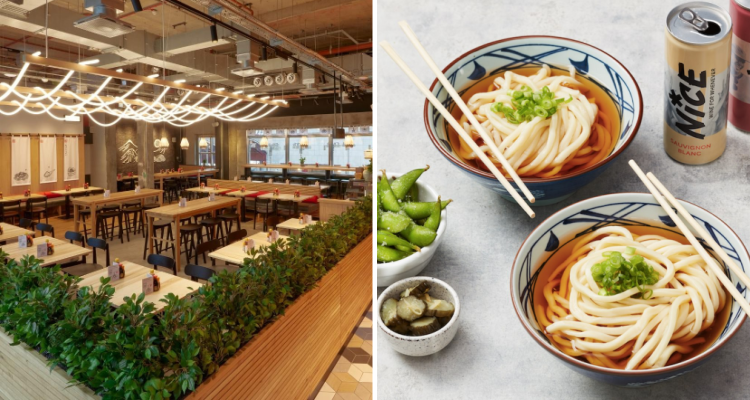 U-don’t want to miss these affordable eats, but please note that the prices vary between branches.

If you're on the hunt for cheap restaurants in London, Chinatown stalwart Bun House is cute, cosy and casual, plus rustles up a range of enticing East Asian eats. But what we're shouting about are the £3.30 steamed buns, with fillings such as sticky BBQ pork belly, beef brisket or mixed mushrooms. Take advantage of their four for £11 offer by sharing with mates, as then they'll only be £2.75 a pop. 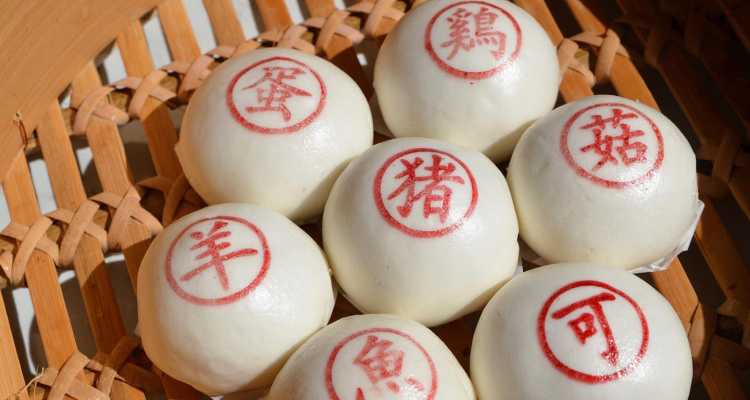 You ain't got buns, hun? Then make sure to check out this Chinatown fave.

The Chequers: £5 Pizza On Mondays

The Chequers is a popular Walthamstow pub that’s renowned for its traditional yet quirky aesthetic, fun-loving vibes and excellent deals. But did you know that you can bag £5 margherita pizzas here? If you fancy a slice of the action, just head over on a Monday to enjoy freshly baked thin-crust ‘za from Pizza S’treat. You'll also be able to grab £5 margarita cocktails while you’re there. 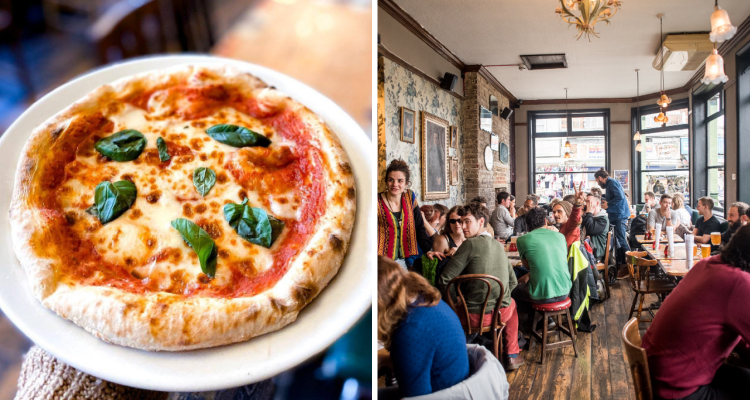 Looking for more affordable restaurants in London? Check out our guide here and sign up to our newsletter.