Ask anyone 30 years ago what shipping containers could be used for and chances are they’d say something about storing or moving heavy goods... how times have changed. Little did they know that these babies can be home to pretty much anything. Shopping centres, food halls and community spaces; there’s plenty of trailblazing businesses in our city that are making use of these blank surfaces and recycling them into industrial chic havens for drinking, dining and dancing. In homage to these quirky spaces, we've found five genius places that are putting shipping containers to good use in London.

The OG’s of shipping container shopping centres, Boxpark is a staple in Shoreditch. Launching in 2011, it was tagged as 'the world’s first container mall' and was only meant to stay open for 5 years. Nine years later, it’s home to four bars, three terraces and a late night venue that hosts over 500 events a year. That's not all though, as it's considered home to some of the city’s most iconic foodies including Black Bear Burger, Voodoo Rays, Eat Chay and Rudie’s Jerk Shack. 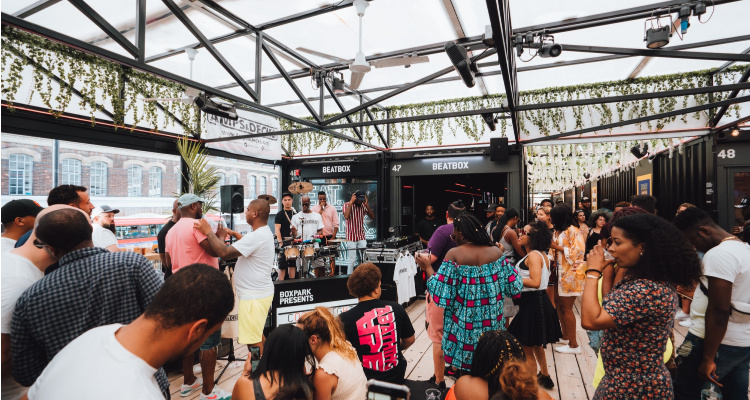 Boxpark is an East London institution with humble beginnings.

Stow-Away Hotel was created from stacked-up disused shipping containers with a geometric facade of wielded fins that act as sunshades (pretty smart, huh?). Guests at this unique hotel in London will get to stay in miniature apartments with king sized beds, kitchenettes and plenty of mod-cons throughout. Head downstairs and you'll find Unwined, a pop-up wine bar that's found a new permanent home in this tech-lovers paradise. 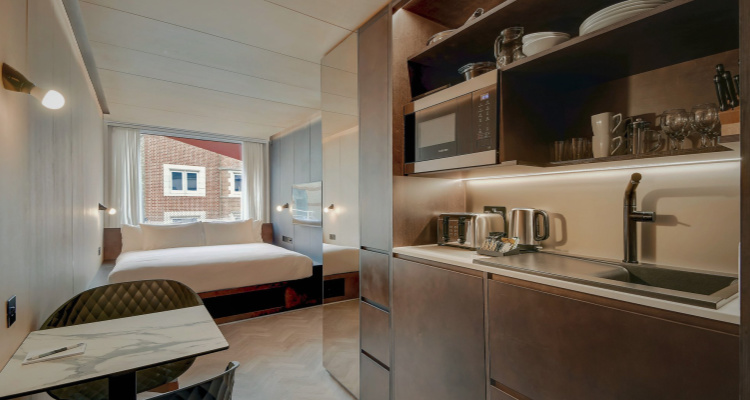 Who knew these contained spaces could look so chic?

Consisting of 78 upcycled containers across three floors, Containerville is a hub of independent businesses in East London. Perched on the banks of Regent’s Canal, it benefits from the prime location of being just a stone’s throw from Broadway Market. Notable businesses working out of the space at the moment include Filipino barbecue slingers BBQ Dreamz, wine merchants and connoisseurs Uncharted Wines and party purveyors SecretSundaze.

Looking for the city's most promising start-ups? Head to Containerville.

Created by MakeShift and Lambeth council, Pop Brixton is a temporary community space that’s only scheduled to stay until the end of this year… so enjoy it while you can. Created to give local enterprises a space to develop, Pop’s residents such as Container Records, Make Do and Mend, and the Pop Farm have swiftly become must-sees in the area. Top it off with foodies like Baba G's Bhangra Burger, Koi Ramen and Other Side Fried and it’s clear why this place would be missed if it goes.

Pop Brixton is a hub for drinking, dining and dancing all year round.

London’s Southbank is iconic, with views of Big Ben, the Houses of Parliament, and the London Eye... it's also home to the bloomin’ brilliant Wahaca. Created with not one, but eight different coloured shipping containers all piled up on one another, the bar and restaurant is an instantly-recognisable hotspot on the river banks. Pairing its bold exterior with vibrant Mexican cuisine indoors, this is a great place to grab a bite to eat while sightseeing. 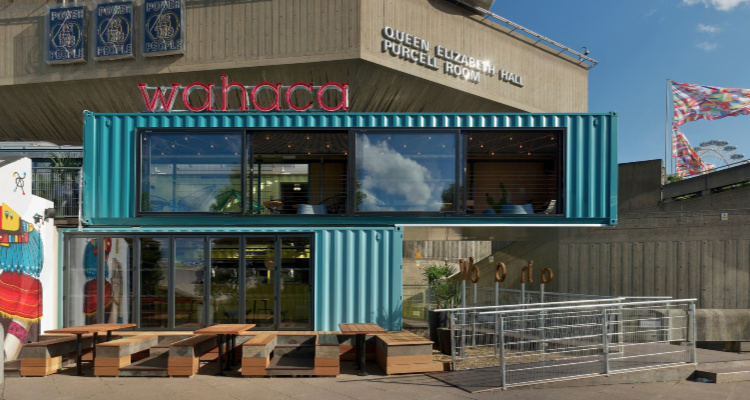 These shipping containers are a perfect respite after checking out the Southbank.

Speaking of recycling... why not check out our guide to sustainable eating in London?