Imagine this: behemoth plates piled high with juicy sausages, sizzling bacon, hash browns, fried eggs, baked beans, plus a healthy helping of black pudding... If that’s got your stomach growling, you’re in the right place. Because we want you to enjoy them as much as we do, we’ve put together this list of the capital’s finest fry ups. From traditional greasy spoons where simple, no-frills brekkies are the centre of the action, to trendy cafés rustling up pretty platters of the good stuff, here are the very best English breakfasts in London.

Having opened its doors back in the 1980s, Terry’s Café is a bit of an institution. The Southwark hotspot is cute and cosy, fronting tables topped with Formica cloths, walls covered in black and white photographs, plus retro knick-knacks dotted all over the shop. Head on over to tuck into hearty British grub, including The Works, which is their take on the humble fry up. The best greasy spoon in London? Quite possibly. 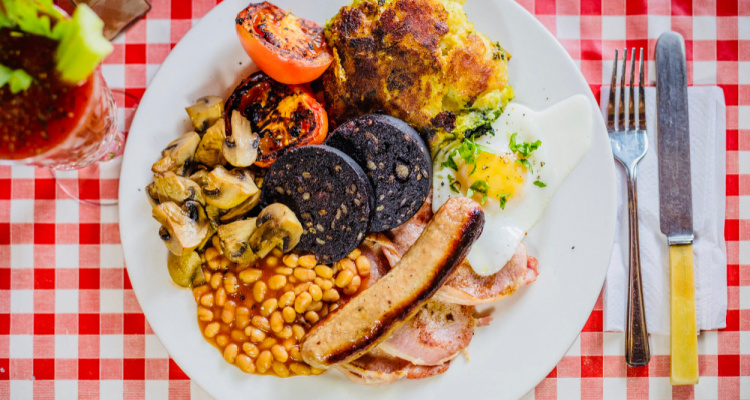 Steve Coogan and Rob Bryon have been known to frequent this joint.

An indie café that offers a bright and airy space with pendant lights and pretty murals, you can’t go wrong with King’s Cross cutie Halfcup. Fronting a scrumptious all-day breakfast in London, this joint is a popular spot from morning through to late-afternoon. Although there are many delish dishes on the menu that may sway you, our money's on the full English, which comes as a heavenly spread of meaty or veggie delights. 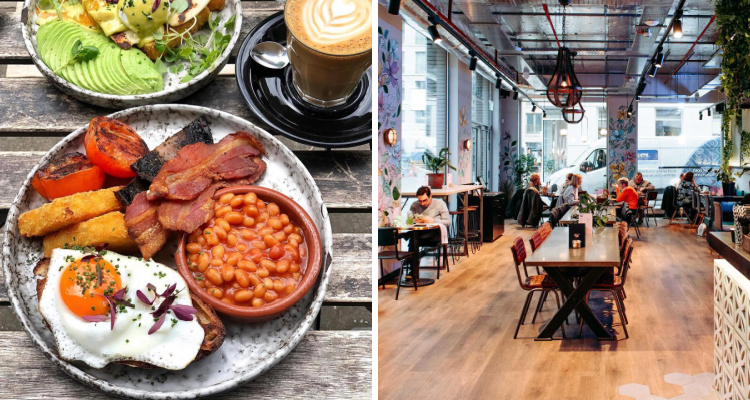 If you're after an Instagrammable breakfast, Halfcup is your best bet.

You may think this one's a bit of a wild card, but just wait. Big Moe's in Aldgate and Wembley offer a 1950s-style American diner right here in the Big Smoke. And while the menu boasts US bites such as waffles and pancakes, there is also a brilliant English breakfast. While sitting on a red leather booth right next to a Chevrolet car, tuck into a platter of fried goods and wash it down with a steaming cup of joe. 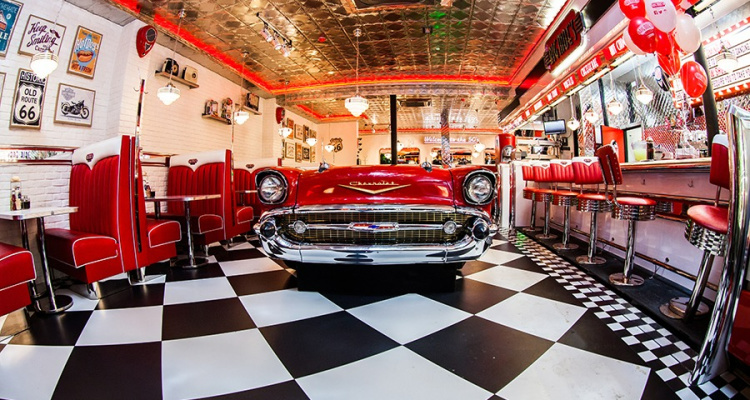 These restaurants are certainly for those who like the quirkier things in life.

Making fry ups cool again since 2005, The Breakfast Club in Battersea is a contemporary caff where sausages, fried eggs and baked beans make up its bones, and builder's tea flows through its veins. As the brand boasts multiple outposts across the capital, including Hackney Wick, London Bridge and Croydon, you’re never far from a banging brekkie that’s sure to touch the sides. 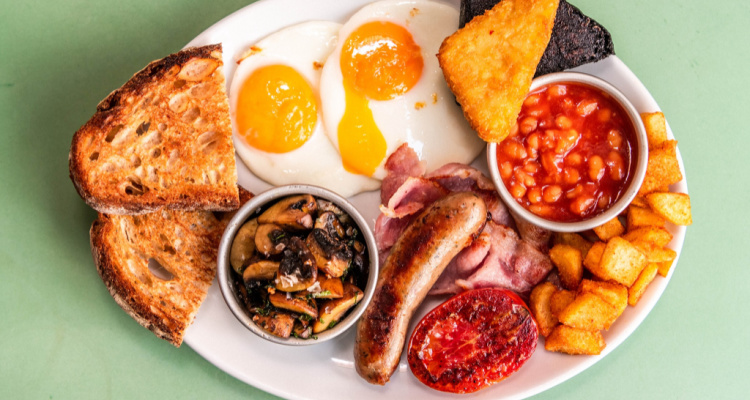 Who knew that simple, buttery toast could be so damn good?

Another stalwart on the breakfast scene, Arthur's Cafe in Kensal Rise is the place to be if you're on the hunt for a cracking start to your morning. Inside? Not much has changed since it began business back in the 1950s, which to be honest, is just how we like it. And apparently so do the locals, as this popular find has been known to have quite the queue. Mosey on down for tasty homemade food done juuust right. 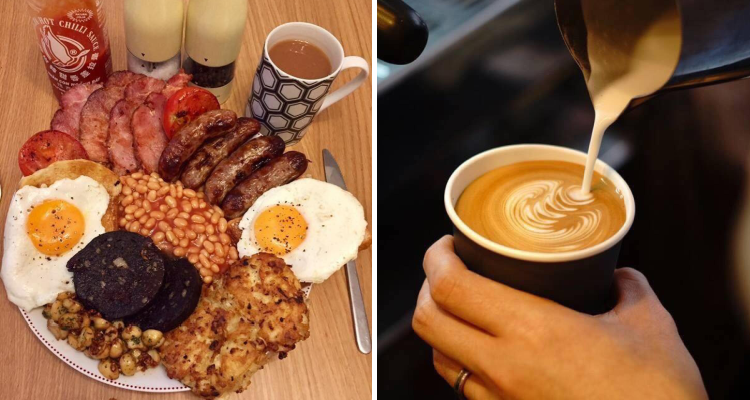 Don't worry, there are smaller options on the menu...

On the hunt for an upmarket spin on your usual English breakfast in London Bridge? Roast is one bougie spot that’s coming up trumps. While in plush surroundings with beaut views at your fingertips, chow down on the Full Borough. This bad boy features everything you want in a hearty fry up, made using high-quality ingredients. Plus, you can enjoy a tipple or two while you dine. 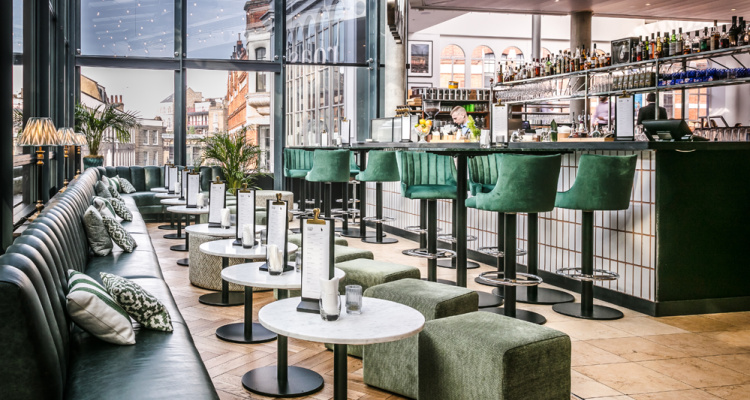 Wash this down with tea, coffee, juice or cocktails.

While the humble greasy spoon may feel like a dying breed, Norman’s Café is actually a bit of a newbie, having launched in 2020. The Tufnell Park eatery slings out classic British comfort food, including the all-important fry up. From the plastic tables with attached seats to the dainty half-window curtains, this feels like a classic caff from times of yore. Not sure what to go for? Opt for the set menu 1, which features the usual brekkie characters. 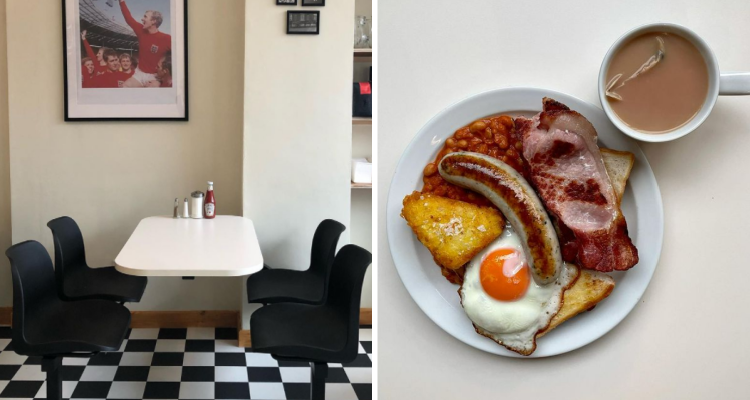 Norman's Café has been on the 'Gram of many a foodie influencer.

Found at various locations across the capital, BrewDog are always on hand to sort you (and your hangover) out with a good ol' fry up. In places like Soho, Shoreditch and Brixton, you’ll find the mouthwatering Haystack, which is a hefty plate of fried deliciousness. They even put together one of the best vegan fry ups in London, which features delights such as BBQ seitan steak, smashed avo, hash browns and more. Was that your stomach rumbling or ours? 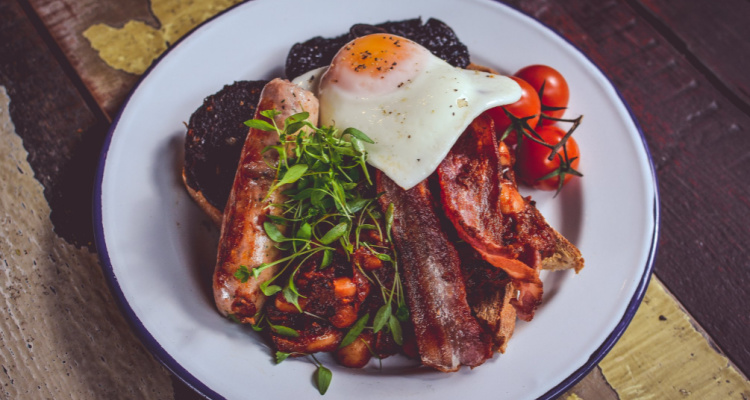 This banging brekkie gets a strong 10 from us.

If you fancy something a little bit trendier, this Dalston go-to is well-known for its morning eats. While in pretty surrounds, scoff down one of Café Route's English breakfasts, which showcases all the usual contenders that are sure to give you an eggceptional start to the day. Even better? You can add all kinds of extras, including potato cakes, avocado and halloumi - great for anyone who's super peckish. 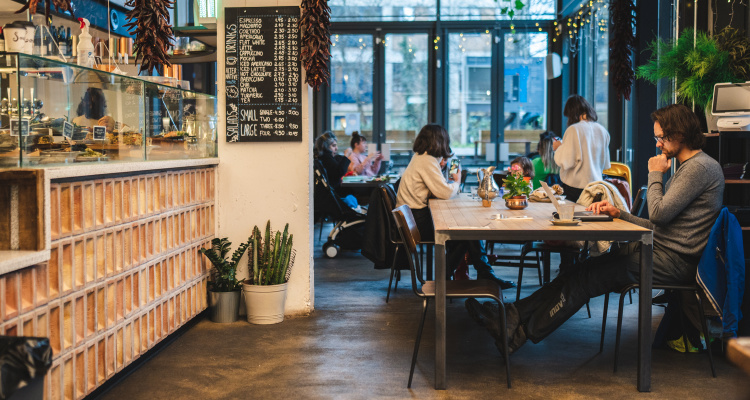 Westminster's Regency Café has appeared in flicks such as Pride and Brighton Rock, and you can see why it was chosen. It offers a time capsule to way back when, fronting the same original tiles that were installed back in 1946, which proudly tote monochrome photos of old boxers and football players. Grab a seat and await the unassuming white, circular plates, which are your gateway to one of the best English breakfasts in London. 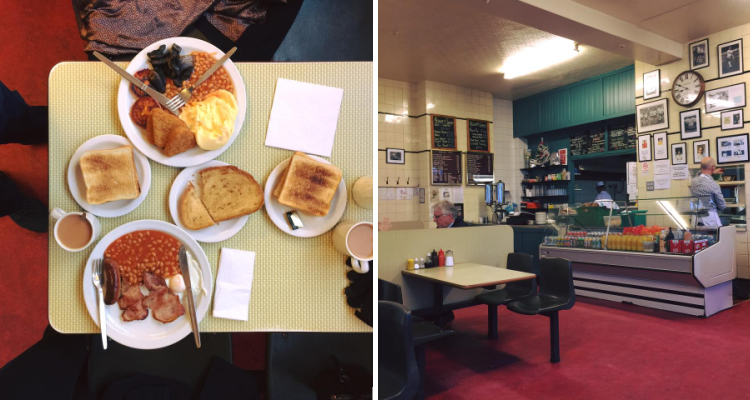 Make sure to get a snap of the cool Art Deco exterior.

On the hunt for somewhere that caters for a plant-based diet? Check out the best places to grab a vegan breakfast in London here.