I’ve been itching for a holiday (as many of you are probably feeling too) so when the opportunity to be anywhere but my living room came along, I absolutely had to snap it up. After a long lockdown, Backyard Cinema is transporting its guests to the sun-soaked shores of not one, but two cities with its new themes: LA Nights and Miami Beach. And I can promise you this, the immersive experience is an absolute vibe this summer. 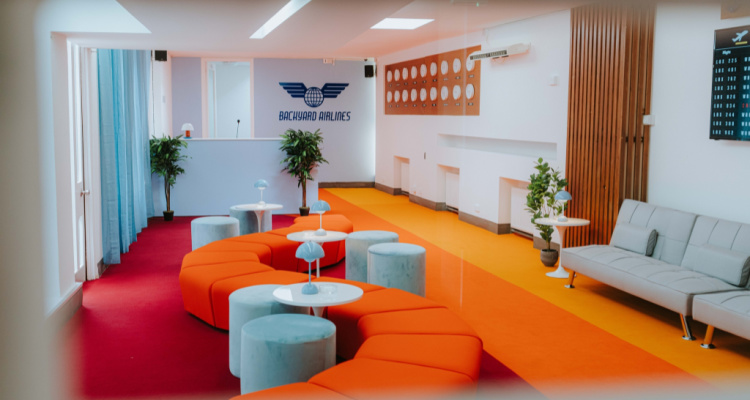 All aboard Backyard Airlines, next stop the USA.

I didn’t really know what to expect before walking in, but the moment we were greeted by air staff for Backyard Airways, I knew we were in for a ride. This was soon confirmed when we were escorted to our own private jet (literally, the fanciest I have ever flown and probably ever will) and the stewardesses broke into a dance routine to the disco banger 'Don't Leave Me This Way'.

These guys really have gone all-out with the set design. After getting off the plane, you're met with an homage to LA which comes decorated with an uncomfortable amount of sand for a native Londoner, photo walls and palm trees. The other required passing through the courtyard, which houses pop-ups from Snack Burger, Pollote fried chicken and a dedicated pizza kitchen, and can be found in Art Deco-style Miami Beach Hotel. 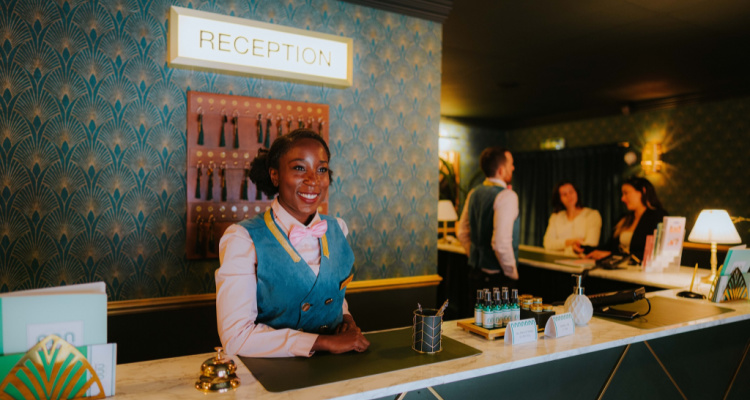 The hotel staff were on-hand to ensure guests were well catered to.

After a bit of back and forth with the roaming actors, who made some pretty suggestive comments about my boyfriend and I staying in the honeymoon suite, we were escorted through to the bright pink flamingo bar - which I absolutely need to try and recreate at home somehow...

Then it was time for our final stop, the sandy shores of Miami Beach where we settled down for the classic ‘Point Break’ (from £19.99). Adding to the experience? A dance troupe to introduce the movie, a rotating disco ball and one audience member loudly bursting into laughter after a cheesy line - of which there were many. 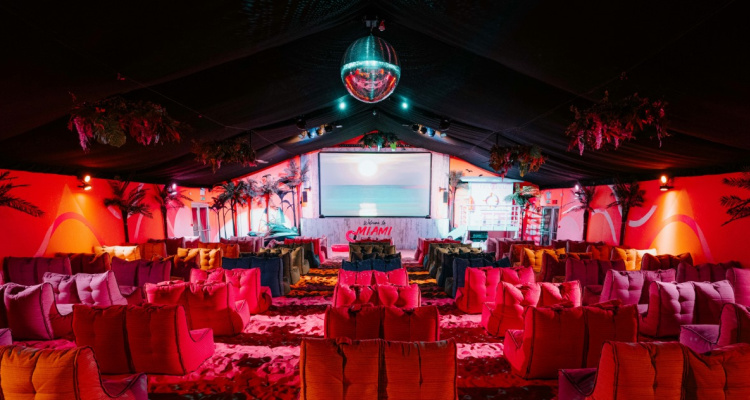 Get your fix of immersive action at this Miami Beach-themed movie experience in South London.

Of course, Keanu Reeves on a surfboard is enough of a draw, but this place really packs a punch with its pre-show entertainment; we’re talking hilarious actors, dance routines and heaps of sand. With pop-up bars and tasty street food topping it all off, Backyard Cinema is the ultimate summer escape.

Backyard Cinema is showing a range of classis and new movies from their home in Wandsworth. You can find them at Capital Studios, 13 Wandsworth Plain, London SW18 1ET. Looking for more movie inspo? You can find our guide to cinemas here.