Killer Cocktails And A Gangster Spirit: Inside The Grit And Glamour Of Murder Inc

Taking inspiration from the gangsters of New York, Murder Inc is a new opening from The Cocktail Trading Company. Tucked away just a stone’s throw from Tottenham Court Road, its deadly cocktail menu and Americana decor lead to the bar branding themselves as ‘blending beauty and filth’, which sounded like a winning combo.

It's also how I'm going to refer to my general aesthetic. 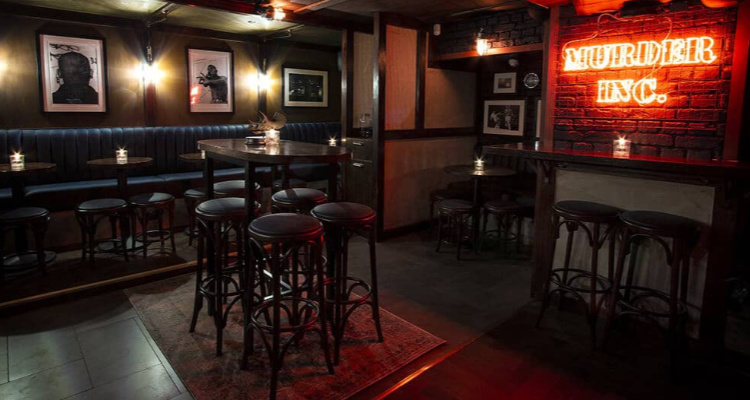 The interiors of the basement bar reflect the chilled-out feel.

The bar aims to be a neighbourhood cocktail joint in the centre of Soho, which seems like a pretty tough ask considering you have to trawl through hoardes of tourists along Oxford Street to find it. Nevertheless, once you get there and are welcomed by a cut-out of Trump by the front door, it's obvious these guys are all about creating a fun vibe. I was especially taken by the Charlie Sheen picture in the loo (he’s telling you not to do drugs, the irony).

When you open up the menu, aka The Hit List, the bar’s tongue-in-cheek humour shines through further. You’re confronted by a set of house rules, and I couldn’t help but wonder why they needed to tell guests to urinate in the facilities provided, but I wasn’t going to ask. The main take-away? You can pretty much get away with murder. 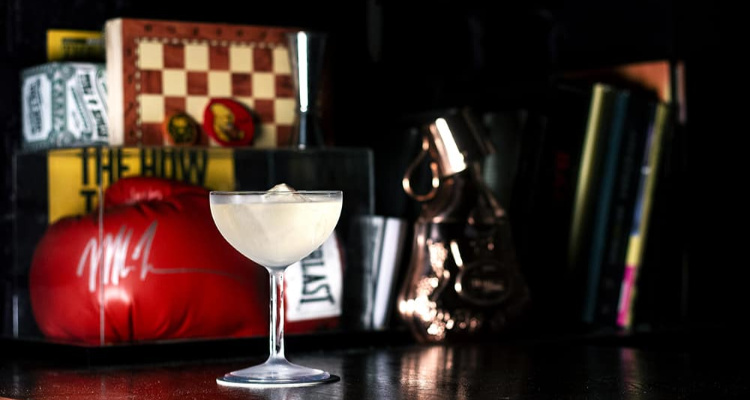 The Sweet Nothing is a small yet perfectly formed creation.

I chose to kick off with The Sweet Nothing (£11.50) which screamed glamour and grit with its combo of Reyka vodka, clarified cola vermouth, Mcn’ean botanical spirit and Champagne, because I’m fancy like that. Served in a coupe, this heady combination of all the drinks known to man definitely had a kick to it, which was exactly what I wanted from a bar that champions the gangster way of living.

For my second drink, I wanted to carry on the theme of being a tough good-for-nothing New Yorker. While on-draft absinthe was tempting (hello there, Death in the Afternoon) the green stuff has never gone down well, and I know it would’ve left me hanging over the loo as Charlie Sheen looked down in judgement. 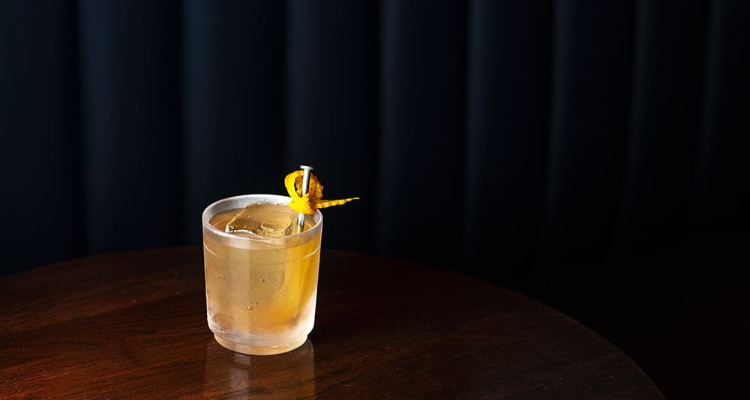 Be warned, the cocktails here certainly pack a punch.

So, I instead went for a drink named Hench 75 (£10), because if you ever see me on the mean streets of Hoxton, ‘hench’ is the exact word that would spring to mind. A deadly mix of Plymouth Navy, Pere Magloire Calvados, Bergamot and sparkling wine, it had me in a tizzle from first gulp. This short, sharp hit of pure booze lived up to its robust name with a light acidity underlying the flavours.

Murder Inc takes its no-f*cks given attitude from the retro gangsters of New York. How do they reflect that in a modern age? With a signature sense of humour and menu of killer cocktails, of course.