Tearing Up The History Book - We Tried Out Hidden Figures: WW2 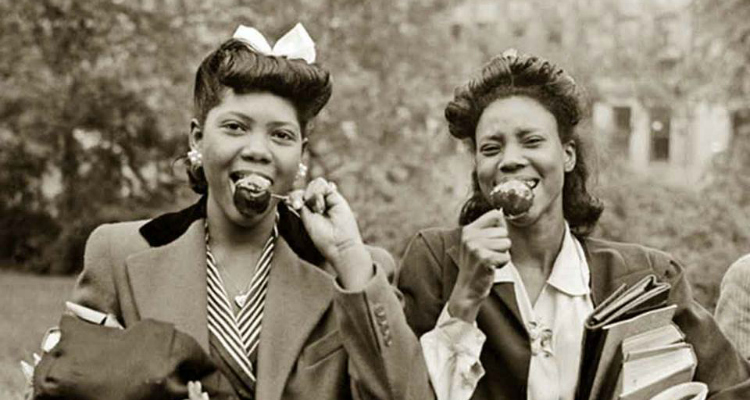 Hidden Figures: WW2 will open your eyes to some of the diverse characters that you never learnt about in your history lessons.
Held at COLAB Factory, one of the world’s only spaces dedicated solely to immersive performance, Hidden Figures: WW2 is the latest production from historical myth-busters PartyGeek. It's an immersive performance-cum-maze-cum-escape-room escapade aimed at uncovering the diverse, real-life figures from the war - female, LGBTQ and minority ethnic service people - whose stories never made it into the history books.

I’m stood in a facsimile of a World War Two officers' mess complete with patriotic decor, life belts and a Vera Lynn soundtrack. My friend and I have actually already failed the initial test of finding the place and been very publicly ejected from the Great Gatsby experience next door, but in situations like that, you’ve just got to keep calm and carry on. There’s also a bar in here; that helps too.

We’re greeted in the mess by Vera who gives us the first clues of the evening - envelopes with some basic facts about our characters, and some hints about what is yet to come. The aim of the evening is to uncover the people behind those characters. In small groups we’re bundled through a maze of subterranean rooms, offices and secret doorways, given boozy ‘medicine’ by the nurse, and appointments with a psychiatrist, all of which proves to be a gruelling test of mental strength and the ability to stifle laughter. From helping Alan Turing find a codebook in an clue-filled study, to fateful meetings with Maxwell Knight, it’s a perpetually stimulating experience from start to finish, and possibly the only one where you’ll be asked: “Which bit of you got swabbed?”

Staying in character can prove challenging at times, say, for instance, when you’re strapped to a polygraph being asked to ‘play a little something’ on an invisible piano. With this in mind, huge props go to the actors who execute their roles perfectly down to the most trivial mannerism, and never fail to bring energy, wit and nuance to every moment of the performance.

But Hidden Figures: WW2 is about more than just escapism and escape rooms. Thoroughly researched and composed by playwright Paul King, there’s a deep soulfulness to the exercise, where the full stories of your characters are revealed in all their heroic and heartbreaking truth.