The idea of “packing it all in” and “going travelling” sounds like the ultimate dream every Monday morning when the weekend weighs heavier on your mental health than four missed calls from your Mum. But then slowly it dawns on you: all your money has been chucked down the black hole of London’s rent hellscape and the only foreign language you know is speaking English but in a louder, more patronising voice. So instead we turn to London’s culinary scene: a multicultural wonderland filled with authentic cuisine from around the globe... and also Dokke, a pan-Asian and British fusion joint sitting on St Katharine Docks. Maybe we don’t need to travel the world after all.

Admittedly, Dokke really lucked out on its first impression. We were caught in the midst of the first heatwave this year and every cell in my body called out to drink by the water in the sun. Dokke’s gorgeous outside space has full view of St Katharine Docks, which was where my friend and I spent three-and-a-half hours watching the world and sunset go by. The interiors, though, create a relaxed vibe, with a minimalist design from the exposed brick pillars to the simple furnishings, evoking their idea of a 'living room' space. Taking centre stage is the fully open kitchen with seating surrounding it to watch the chefs at work, centring the idea that the kitchen is the heart of the home.

The place was rammed when we arrived, with all the space outside taken – obviously, you’d be a fool not to take advantage of it. But service is quick and friendly, and the place was both relaxed and alive. 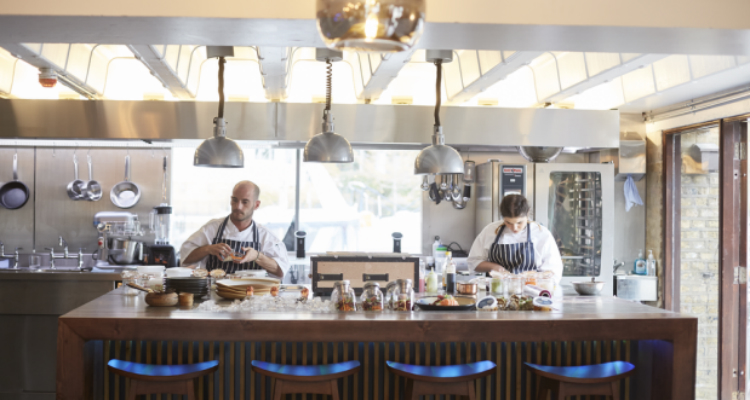 The inside is a fun, stripped-back space, but outside is where the magic happens.

If I wasn’t jetting off to some exotic locale, then my weight in food and drink was a good consolation prize. For that reason, we opted for the Omakase (£90pp) tasting menu; a Japanese tradition where you leave all the decisions to the chef. And, well, it was certainly an adventure.

We were offered electric daisy seeds and were warned that the small yellow flower bulbs were 'very intense’. Pfft, they didn't look so big. I crunched down, sensing a citrus flavour at first, then the static built up in my mouth. Before long I was salivating like a dog looking at his own butt. It sparked across the nerves in my mouth in waves, electrocuting them awake; it tasted like the tunnel scene in Willy Wonka. The adventure began.

Up first was the sea urchin. One of the only restaurants in the city who are supplied this special Scottish seafood, the spikes are stripped away, leaving a posh slug sitting on a flower. My friend gulped it down and loved it. For me, well, sea urchin is certainly an acquired taste, and I do not have that taste. I recommend trying the creature though; there aren’t many places that you start the night with taste bud ecstasy before taking revenge on the second most evil sea villain. Paired with this was Ridgeview Brut; a tasty, light English sparkling wine, matching the fresh taste of the ensuing seafood feast. 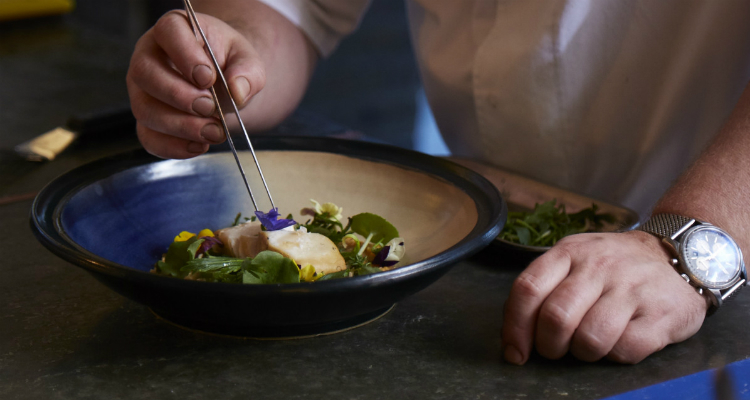 Next up were more traditional Essex oysters with watermelon granita, which were wonderfully fresh and an absolute delight. It’s incredibly hard to go wrong with Colchester oysters, and the watermelon gave it an extra summer kick. As the dishes funnelled out of the kitchen, I was contuinously impressed by how beautiful each one was, complementing the setting as much as the wine did the food. Moving on, we stuck close to the seafood, with a selection of sashimi including tuna, salmon, Amaebi prawns and swordfish. The fish was so fresh I wouldn’t be surprised if they’d harpooned the lot right before serving it up to me, with the prawns being a particular highlight as a strange, delicious, smooth masterpiece. This was paired with a New Zealand Sauvignon Blanc, Quickie, by Some Young Punks.

The thing is with Omakase dining, the dishes just keep coming. The Asian food kept it light, including a nice (if not quite at the same blow-me-away level) vegetarian curry, packed with sweet potato and yams, as well as a mouth-watering Vietnamese pork belly dish that fell into the ultimate sweet spot of moist and crunchy. The squid green curry fused Thai and Cambodian cuisine; the squid itself was slightly chewy but the dish was outstanding.

As I was about to burst, I finished off with a plum doughnut, a wonderful creation that was perfectly sweet with the outstanding texture of the doughnut. If you’re going to leave the decision making to anyone, you should leave it to Dokke’s chefs. 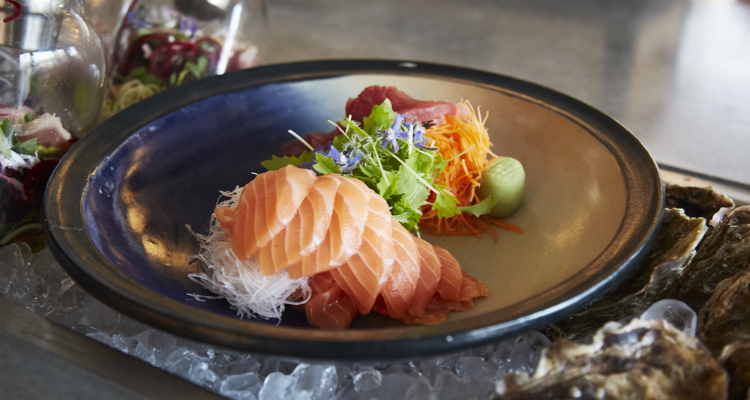 A masterclass in amazing sushi.

Wanderlust affects the best of us when it’s cold and rainy and this city looms over you, dark and grey. But when the sun is shining, head to places like Dokke that don’t just look beautiful, they taste beautiful too. Who needs an Asian gap year when you’ve got sashimi like this?