Can You Really Fuse Mediterranean And Japanese Cooking? We Went To Zela To Find Out

When it comes to fusion cooking, you can find just about everything in London. Nikkei reigns supreme at the likes of Chotto Matte, Sushisamba and Lima, while Jinjuu has been championing Korean tacos for some time and temper shows no sign of slowing down the cheeseburger pizza train. But now it’s Zela’s time to shine, as the celebrity-led restaurant has set out to pioneer Meppon cuisine.

Hailing from Ibiza, Zela is known as a VIP hotspot and the birthplace of Meppon – aka Mediterranean and Nippon – cuisine. Located within the same ME Hotel that’s home to slinky spaces like STK and Radio, the new Covent Garden site counts Cristiano Ronaldo, Rafael Nadal and Enrique Iglesias as its celebrity backers. But would the buzz match up to the dishes on offer? 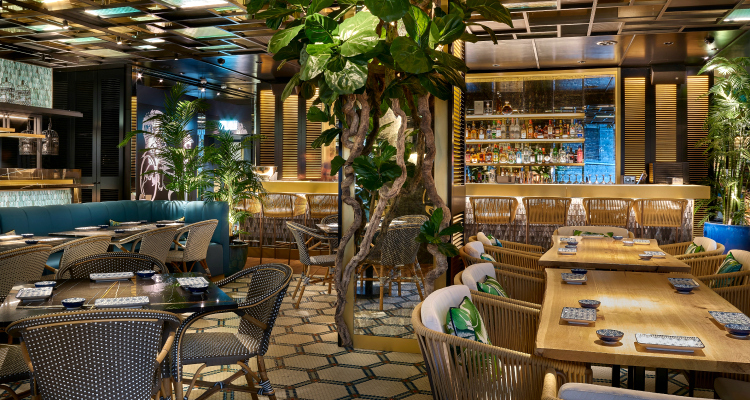 If the menu wasn’t quirky enough, then the interiors will do it. It’s all jungle vibes, with giant trees, palm-print cushions and a whole load of leaves. Cocktails were equally as tropical, with a rum and pineapple-infused Kaguya (£12) for me and a Hikoki (£12) for the boyf. Arriving in a smoke-filled bell jar, the gin, shrub violet and sisho concoction was a delicious departure from his usual.

Appetites sufficiently whet, we made our way to the main event; food. From the starters, tuna tataki (£22) combined egg with supersoft mojama and the crunch of shredded daikon for top texture points. Meanwhile, scallops (£17) paired with Ibicencan sobrasada were incredibly salty, while shrimp gyozas (£14) were overcooked and shrimp tempura sushi (£12) was simply ok. 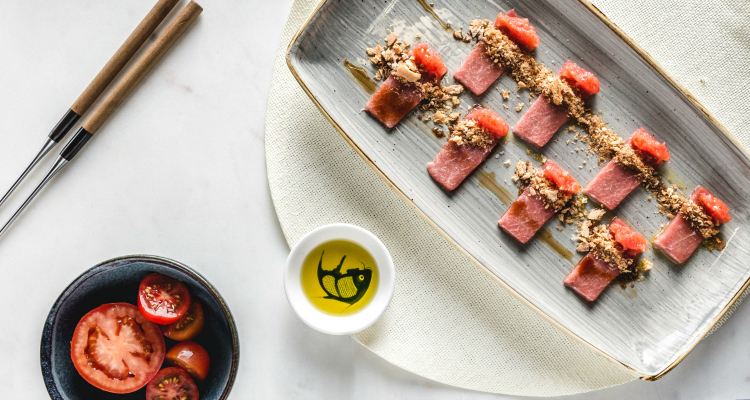 Interestingly, it was the more adventurous dishes that won us over. Quail eggs (£4.50 each) were the ultimate canapé, carefully teetering on a bed of fried sushi rice and topped with dollops white truffle. Drool. Miso halibut (£29) was paired with plump mounds of kabocha gnocchi, kale and parsnip and teriyaki Wagyu beef (£34), which had been braised for 48 hours, easily fell off the bone and utterly melted in the mouth.

Somehow leaving room for afters, we finished with something of the liquid variety. A standard cheesecake with umeshu (£7) was easily overshadowed by the punchy (and drinkable) yuzu lemon meringue pie (£12) which combined vodka with limoncello before topping with yuzu cream. Not your average happy ending. 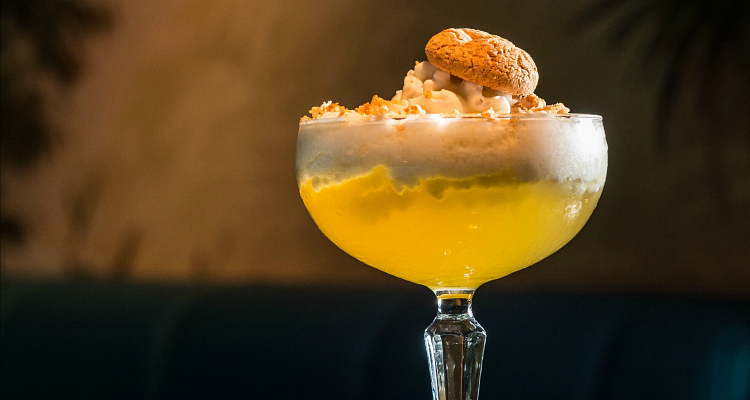 Drinkable dessert? Don't knock it till you've slurped it.

When it comes to fusing Mediterranean and Japanese cuisine, Zela has got the goods... if we're talking elevated plates. Basics need a little work, so ditch the standard dishes (get your dumpling fix elsewhere) and spread your wings to something a little more exotic. Think tataki, Wagyu and absolutely anything with truffle. Though it doesn’t end there because the slurpable desserts are worth a taste too. Just prepare for a slightly spenny bill and get ready to loosen that belt.