I'll admit it. I'm a sucker for a good bao moment. From the pillowy softness of the buns to the plethora of innovative fillings such as pork belly, mushrooms and fried tofu, I could probably eat them every day if I could. One Taiwanese restaurant in London I've been dying to try out? BAO Fitzrovia has been on my radar purely because of the venue's iconic dishes, which I occasionally see on Instagram. So when the opportunity popped up to visit the eatery, I was ecstatic. 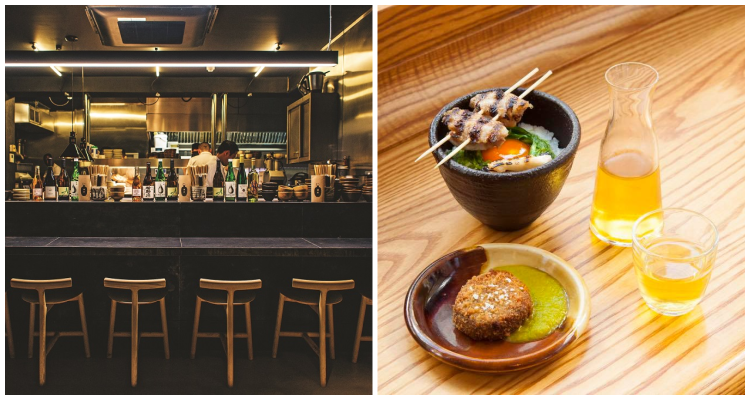 The fanciest nugget you'll ever eat.

Situated right on the corner of Windmill Street, the quaint location makes for cute date nights and catch-ups with friends. When we walked inside, there was a minimalist feel with a U-shaped restaurant bar as the focus of the sprawling space. Turns out the design was inspired by the 1942 Nighthawks painting created by Edward Hopper, which wasn't surprising as everything about this place seemed to have some kind of meaningful backstory.

Speaking of, it also fronted a menu filled with guest bar cocktails around London. I opted for the Freedom’s Pineapple (£10) by Satan’s Whiskers which was a tropical delight of Banks Rum 5, pineapple, coconut and sake. My date opted for a Japanese whisky – the Hibiki Harmony (£10) – a heady mix of lychee, white chocolate and honey. For those that can appreciate the dark stuff, this is a must-have as it had a bold flavour and just a hint of sweetness from the honey. Another highlight from our drinks included a tipple from Happiness Forgets called the Ceremony Colins (£10). Suggested by our waitress, it was super fruity with Oxley cold gin at the forefront, followed by Chin Shin, mango fizz, and Noilley Prat complimenting its taste. 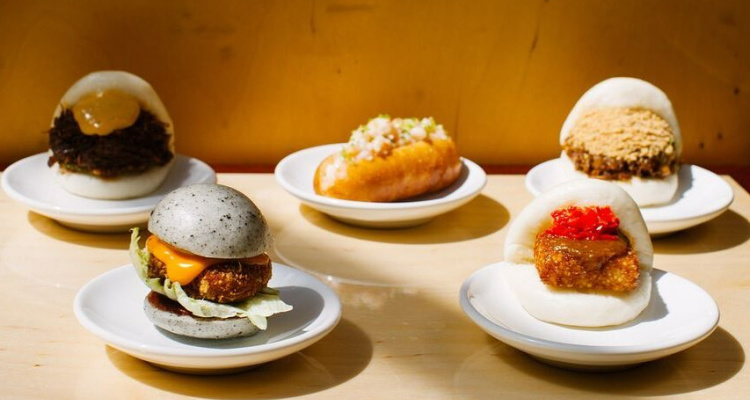 Unbelieva-bao buns at this Fitzrovia restaurant.

Onto the food. We decided to kick things off with their crispy noodle chips (£2.50) which were covered in savoury seaweed seasoning – these should 100% be an alternative to beer nuts. I had my eye on the pork skin sushi (£4.50) and it was the most tender slab of meat I’ve ever had. Equally as tantalising, the beef cheek and tendon nugget (£6.25) was paired with a burnt chilli sauce and was probably the most adult version of a nugget you can get.

For bao, we nabbed the confit pork belly bun (£6.00) and the location’s signature dish – the cod black (£6.25). While the succulent belly was a classic bao, accompanied by dried shallots and hot sauce (fab for anyone new to Taiwanese cooking), the cod was unlike anything I’ve eaten before. Having seen on TikTok, the plate absolutely lived up to my expectations as the battered fish was paired to perfection with lemon mayo, hot sauce and a sesame bun. 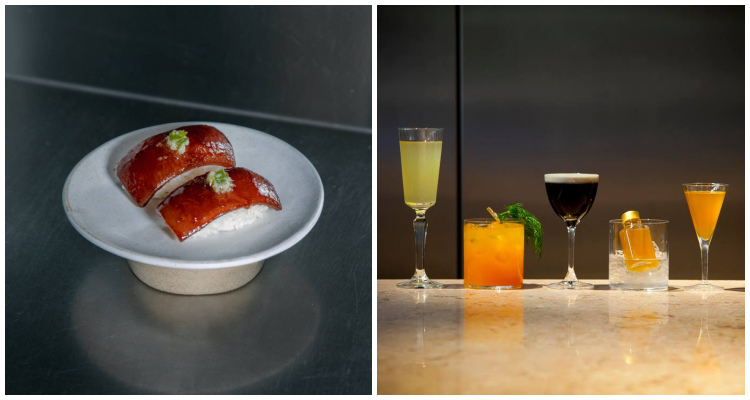 Sushi and cocktails? A heavenly duo.

We also grabbed a couple of da chi middle plates – first up was the chestnut rice dumpling (£8.75) with salted duck egg and enoki crumbs. The mushrooms provided an earthiness while the egg was a savoury addition and tied the whole dish together. Finally, while we finished our cocktails, we decided to get one more plate because – why not? Another enticing item touting the menu was the XO sweetcorn and ox heart (£8.50). The heartiness from the mini cubes of meat was balanced out with the corn, making for a great end to our meal. 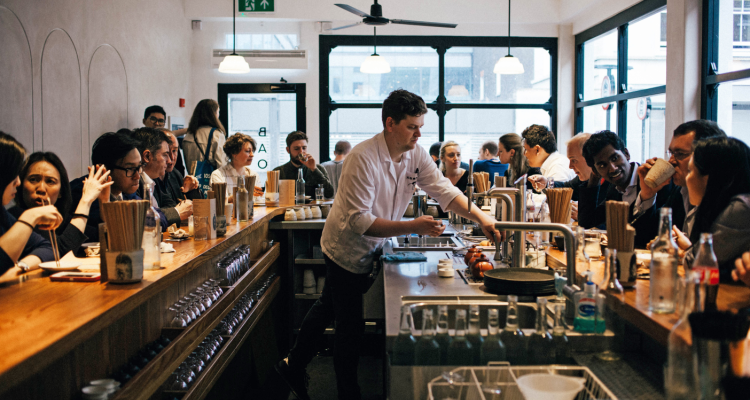 BAO Fitzrovia's menu is filled to the brim with gems.

If you’ve never had bao buns before, BAO is the quintessential restaurant to head to. Showcasing Taiwanese cooking with a twist, it’s a great shout if you’re looking for date spots or friend catch-ups. Its intimate seating also adds an extra touch of personality as you’ll most likely have their friendly staff checking in semi-regularly. With locations in Soho, Borough and Kings Cross, it’s a must-visit for bun lovers. The venue also has a bar and noodle shop if you fancy something a little different.