Italian gardens in Hyde Park? I think they might be a card kept close to the chest of hotel, Royal Lancaster, for good reason.

Beautiful, historic and intimate gardens that sweep just one intimate side of the park (that I'd never, after 8 years in the city, heard of), Royal Lancaster is in the fortunate position to directly overlook this hidden London gem, and I got to spend the night watching the water work its magic. 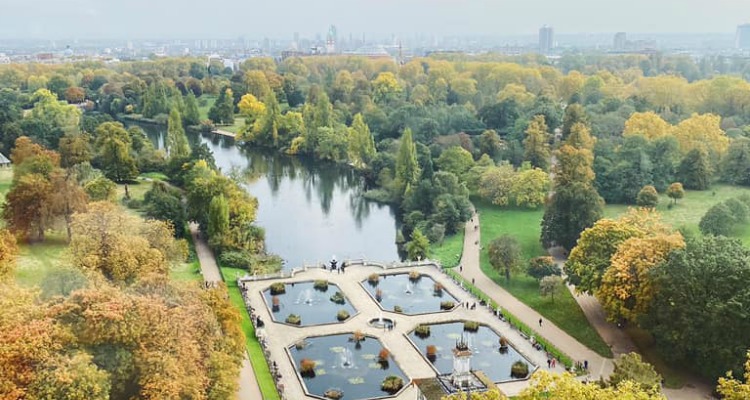 The Royal Lancaster has prime views of one of London's prettiest spots.

Boasting over 50 years in the city, some might argue that the mid-century exterior of the hotel hasn't kept up the pace with its high-rise counterparts, but RL remains a stalwart for luxury stops just shy of Paddington. Towering over the Italian gardens, set amongst townhouses and tube stations, we arrived to pristine marble floors, exemplary service and a corner room set over 18 floors up, overlooking that aforementioned beauty.

Admittedly, my style would be considered more shabby chic than that of Royal Lancaster, and while most of my hotel stays would err on the more contemporary side, there's no denying the forward and timeless luxury that RL has in store for its guests. From royal blue velvet sofas set against wooden panels, to an almost exclusively white marble bathroom that was just asking for a glass of bubbles, in a tub of bubbles, the target audience here is obvious, but it's an audience set for something supreme. 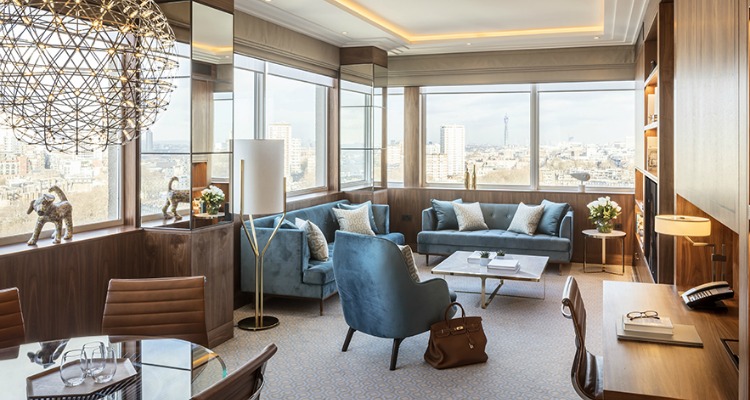 Business stopovers are a doozy at the Royal Lancaster.

While Royal Lancaster's drinking and dining options extend across multiple spaces, Coronavirus lent itself to a new experience at the hotel, as we opted for the in-room option that would bring high-end Thai dining to our door.

Normally? Thai food excites me. But with Royal Lancaster's Nipa is not only host to an exclusively all female kitchen, with head chef Sanguan Parr having been in that same kitchen for over 20 years, I knew that this was due to be room service at its peak.

Kicking off with your usual suspects, vegetarian Por Pia Tod (spring rolls) and Toong Ngern Yuang (crisp prawn dumplings) set the bar for the classics at an exemplary level, as our mains that showed curry and noodles will always be at the heart of comfort, flavoursome food. While I blissed over a classic Pad Thai with just the right amount of peanut as not to offend, my husband's Kaeng Kiew Warn Pak Tao Hoo (vegetable green curry) was seasoned for the gods, with enough spice to know you're getting the real deal. Better yet? I enjoyed the whole meal wrapped up in a dressing gown, so to say this was one of my favourite dining experiences of the year... would be an understatement. 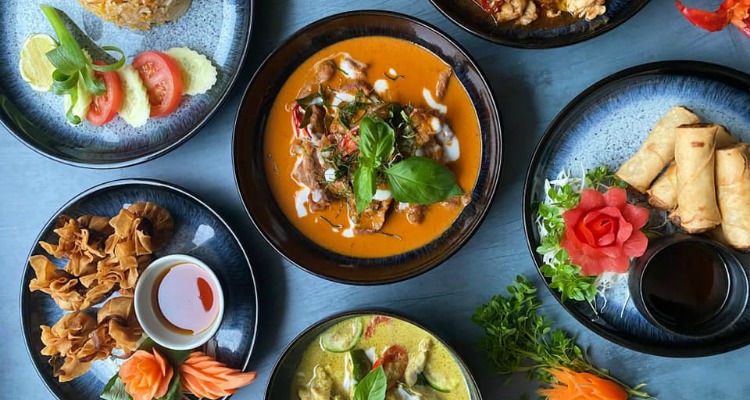 While Royal Lancaster's aesthetic may know and confidently cater to its niche, its dining options and ability to reignite the magic of the city weren't lost on me, and I would wholeheartedly recommend their in-room experience for a glittering weekend in the city to remember.

For more gorgeous hotel bars and restaurants in London, check out our guide.