London's Secret Theatres And The Pubs They're Hidden In

Thought all the twinkle toed fun was confined to the West End? Think again. Some of the capital's best playhouses are found nestled within old watering holes across the city. You just need to know where to look. Ever the fans for the dramatic, we've snooped around and found London's best secret theatres and the charming pubs they're hidden in so you can enjoy intimate - and wallet-friendly - shows in relaxed settings.

It may not look like much from the outside, but once inside The White Bear you'll find a treasure trove of knickknacks and vibrant decor, as well as an award-winning theatre space. Originally opened in 1780 - making it older than the US Consitution - this historic pub is a must when it comes to quirky nights out in London, combining comfort food classics with a line-up of promising talent. 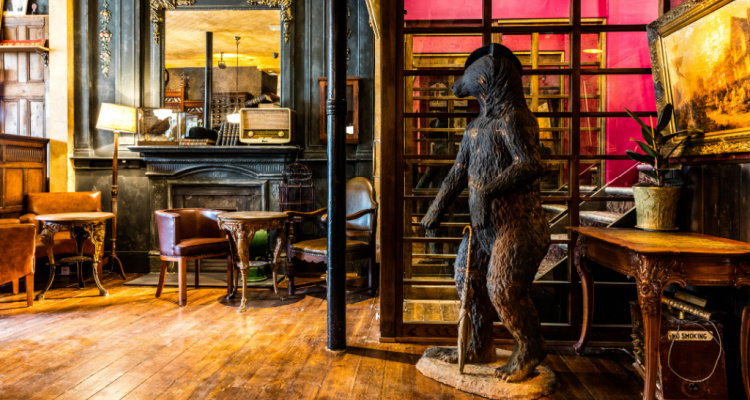 Musicals, comedies, dramas... whatever the genre, this fringe theatre's seen it all.

You've probably heard about this underground spot for its raucous nights of table dancing and Oompah bands, but did you know that Katzenjammers Bierkeller also has a hidden studio? A tiny 50-seater, Katzpace follows in the Bavarian party bar's footsteps, showcasing various acts and touting some of the best cheap theatre tickets in London, starting from as little as £6.Brava. 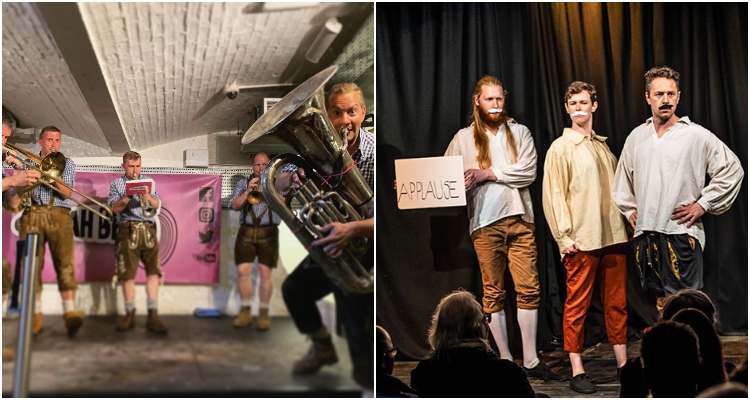 Venture to this London Bridge den for a cultural evening followed by a messy, stein-filled night.

The story goes that Charlie Chaplin graced the stage at this joint... A former Victorian music hall turned cosy pub, The Rosemary Branch has kept up the tradition of entertaining the masses. Head to this charming boozer, complete with its own fluffy doggo, for some hearty pre-theatre grub before catching a showstopping play. Depending on the night, you'll either be treated to a performance from Shrill Voices, an all-female group, or one from their team of resident artists. 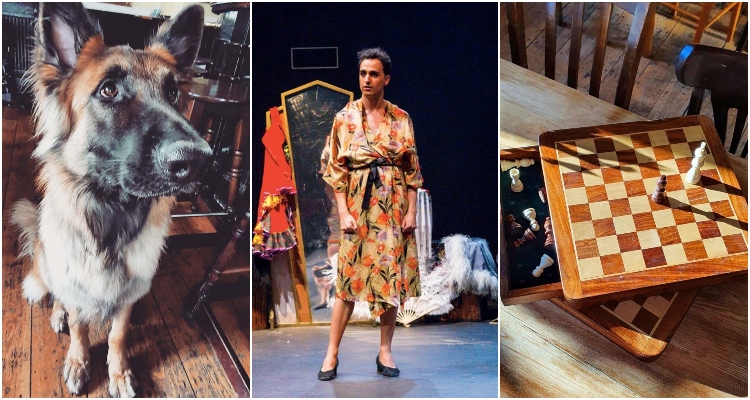 One of London's best secret spots is hidden in plain sight at this watering hole.

A bohemian pub downstairs with a snug auditorium above, The Hen & Chickens Theatre is a beautiful theatre pub in London. Whether you're here for a weekday pint or a weekend show, the Islington haunt is sure to please the thespians amongst you. What's more, it also holds regular stand-up comedy nights and has welcomed big names such as Jimmy Carr and Russell Brand.

Board games, Chesterfields and accent walls... we're loving the aesthetics of this public house.

So this one might be more of a secret theatre with a hidden pub in it rather than the other way around, but we couldn't not mention the impressive spot. Set in a Grade II-listed building and scoring 10s on the wow-factor front, The Wilton Music Hall is a must for theatre lovers. After something a little more lowkey? Their Mahogany Bar hosts free music gigs every week and dishes up stone-baked pizzas. 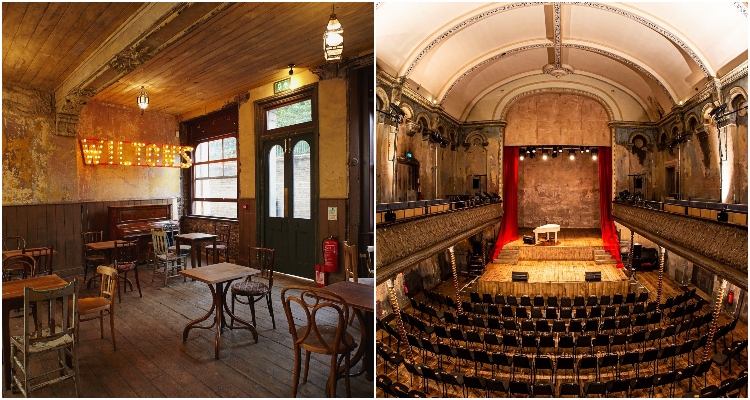 It may be an oldie, but this playhouse has no signs of slowing down, showing over 300 performances a year.

Searching for more of the capital's best hidden spots? Take a look at our pick of secret bars in London, here.

Breaking The Seal: This New Bloomsbury Wine Bar Is Hidden In A Loo

All The London Restaurants Moving To Delivery And Takeaway This Month