Instagrammable Escapes: Hotels You Won't Believe Are In London

It's not all sweaty tube journeys, aggressive pigeons and grey skies, you know. London has got some stunning sides to discover... and we're here to showcase the most glorious escapes right here in the city. From a leafy oasis in the centre of town to a South London staycation bringing you all sorts of NYC vibes, these are unusual hotels that you won’t believe are in London.

Skip the cruise and hop aboard Sunborn for a staycation like no other. Moored at the Royal Victoria Dock, this quirky yacht hotel is far from your usual. Whether you came for afternoon tea with the girls or a romantic couples retreat, make sure to check out the Symphony Spa before cocktails and Champagne in the Sundown Bar. 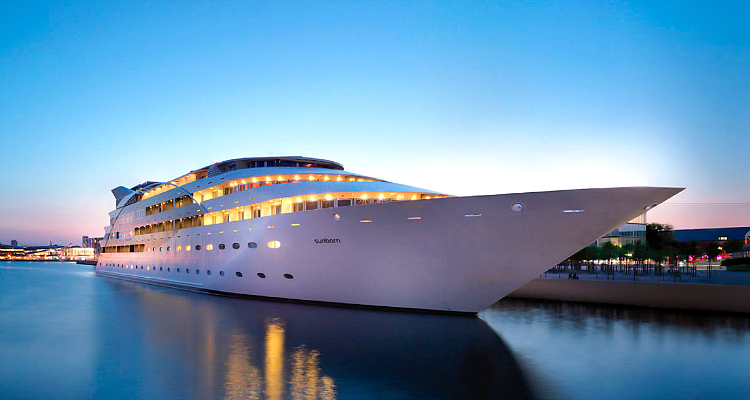 One of the most-hyped modern hotels to open in recent years, The Standard is a modern hub for drinking, dining and snoozing in King’s Cross. From the outside, you’re faced with Brutalist concrete design and a futuristic exterior ‘red pill’ elevator. But once inside, expect live DJs, a recording studio, unique rooms and impressive food in the form of Mexican-inspired Decimo - helmed by Michelin-starred chef Peter Sanchez-Iglesias - alongside Adam Rawson’s Isla and Double Standard. 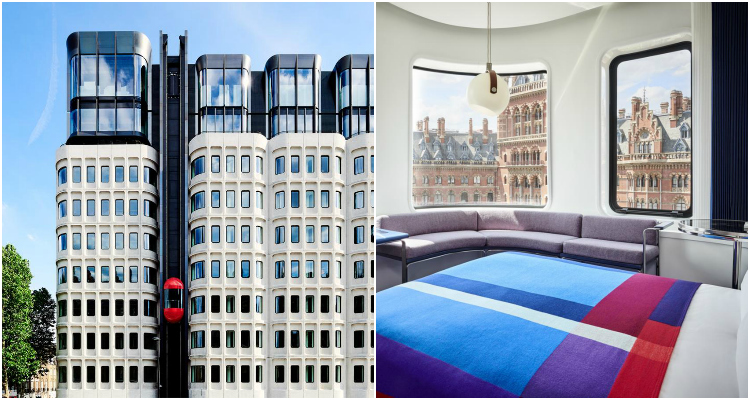 Breakfast in bed? Head to The Stratford for an affordable luxury hotel in London.

The Hamptons Hideaway: The Berkeley

The one thing that we can be sure of when you check into The Berkeley? That you’ll want to check out the swimming pool. Sure, the rooms, bars and Michelin-starred restaurant are all worth a visit, but it’s the rooftop space that’s giving us luxe Hamptons feels. When you’re not making the most of that lie in and ordering room service, head to the health club for sun-soaked swims and make sure to visit during winter for the pop-up Christmas cinema. 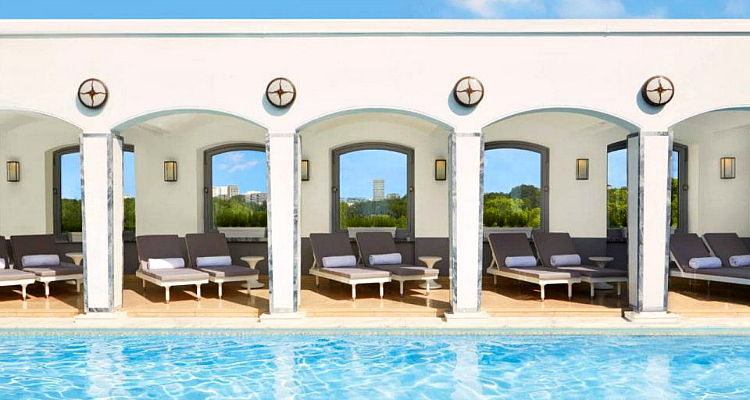 For Tropical Feels: The Landmark London

Occupying a stretch of prime real estate just seconds from Marylebone station is The Landmark. Thanks to the gorgeous Winter Garden and sophisticated dining, it’s become quite the icon. Dine in style with surroundings that’ll transport you to the tropics before heading to the spa for an underground dip in one of London’s few chlorine-free pools. 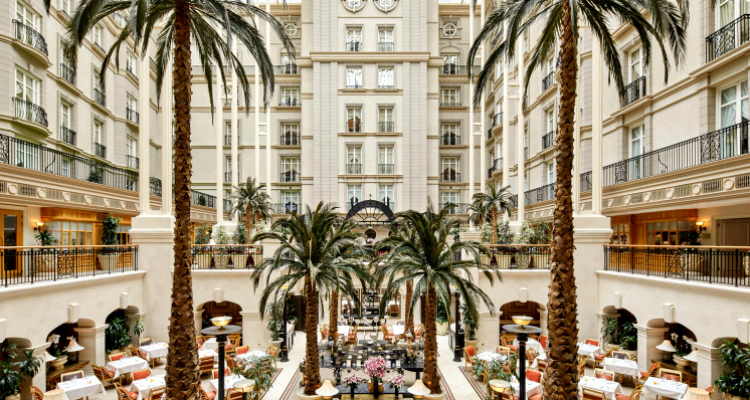 Say hello to palm trees at this themed hotel in London.

Fan of Canopy & Stars? Can’t stop scrolling through Airbnb? This towering one’s for you. Get down to Langham Place before going all the way up to Treehouse where 8 floors encompass Mexican restaurant Madera, rooftop bar Nest and 95 guest rooms. Think muted tones, eco-friendly amenities and foliage aplenty – all nestled in the heart of the West End. 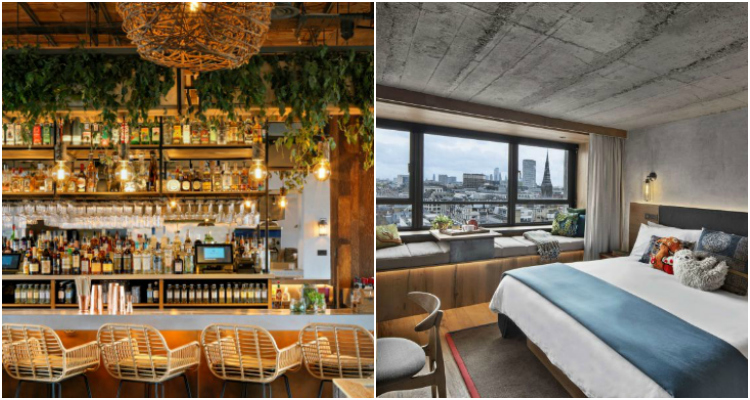 Hideaway in this treehouse for grown-ups.

A Taste of The Amazon: The Mandrake

Bored in the house? Not if The Mandrake has anything to say about it. Switch up your usual routine for a stunning retreat in the flora-filled space. You wouldn’t believe that this boutique hotel lies in Fitzrovia; with stunning suites, an award-winning penthouse and even a spiritual wellbeing programme. As for the food and drinks, it’s all about ethnobotanical cocktails at Waeska and locally-sourced cuisine in YOPO. 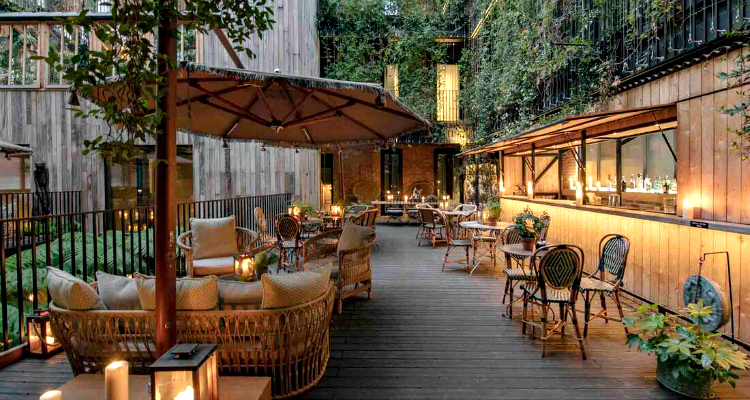 This city centre refuge is one of the finest hidden gem hotels in London.

A Slice of Asia: Shangri-La Hotel at The Shard

One of the most luxurious and romantic hotels in London, Shangri-La occupies 18 floors of the country’s tallest building. Not only will you find 202 rooms, London's highest hotel infinity pool and unparalleled views, but also spectacular dining in the form of TING, GONG and Bar 31. Indulge in afternoon tea with an Asian twist or tuck into miso-roasted cauliflower and lobster bisque set to the backdrop of the River Thames, the Tate Modern and St Paul’s Cathedral. 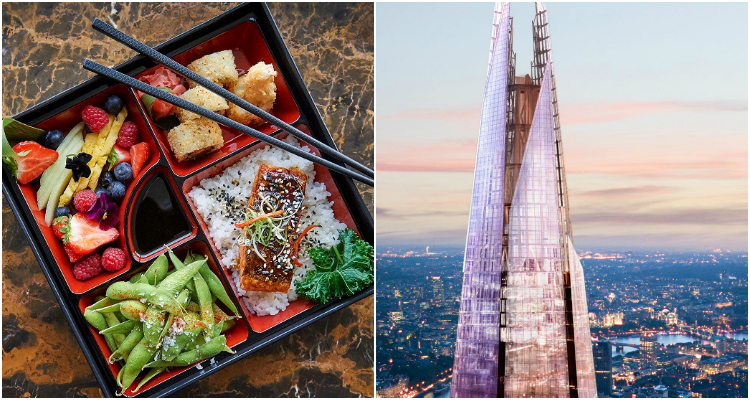 Room with a view? Home to one of the best rooftops in London, The Hoxton in Southwark is a great choice for your next affordable city staycation. Rooms start from around £100 per night and beers teeter the £5 mark. But no trip would be complete without soaking up NYC interiors, seafood (expect London’s longest oyster list) and sexy sprawling views from Seabird on the 14th floor. 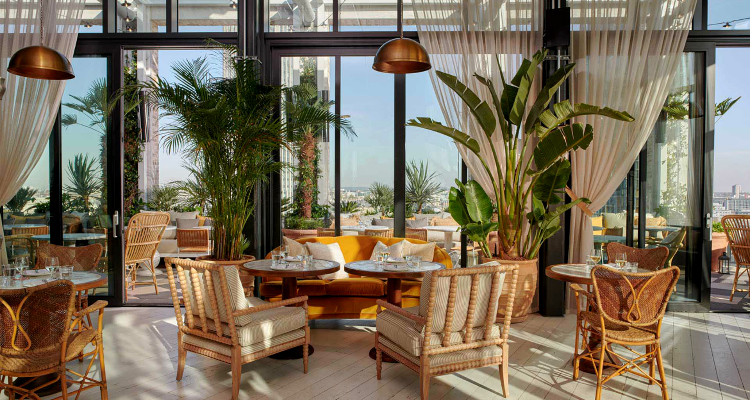 Save on transatlantic airfare with a stay south of the river.

For more staycation inspo, get a look at our guide to the best hotels with pools in London and sign up to our UK newsletter.