Dim sum offers up plates of dippable dumplings waiting to be devoured at restaurants and tea shops across London. These little gems might seem like a humble staple, but mastering them takes years of work, a refined palate and a lot of dexterity. As China’s answer to brunch (it's traditionally eaten at this time of day), I'm not at all surprised that dim sum is so well loved in the capital, given our soft spot for the stuff. Joined by Taiwanese American chef Tiffany Chang, I went on a mini crawl of Chinatown’s top spots to stuff myself silly and uncover the secrets of these clever chefs. 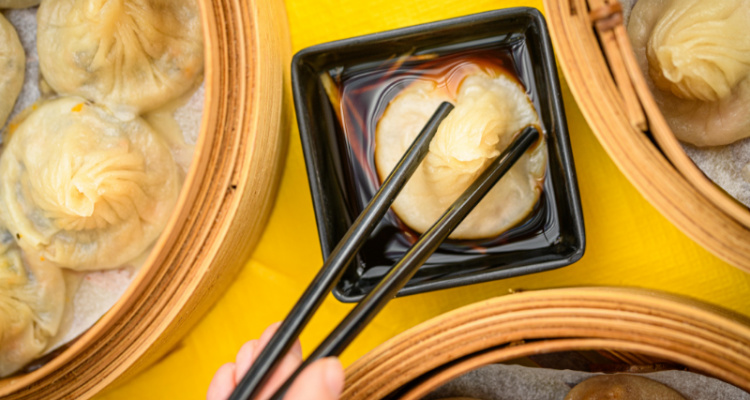 Chinese soup dumplings are a staple ordered by almost every table when having dim sum.

I'll start with an ode to these warming goodies; a treat sampled at all the restaurants we visited on the tour. Xiao long bao (£4.20), or Chinese soup dumplings, come stuffed with a variety of meaty or fish fillings and rich broth, making them my must-have on any dim sum menu. I'm actually yet to find any I don't love.

Tiffany Chang's top tip? Give it a little poke and slurp out the soup before eating the rest. These babies are HOT and messy if you don't, so save yourself the burnt tongue and a wet chin by following her advice. It sure helped me. 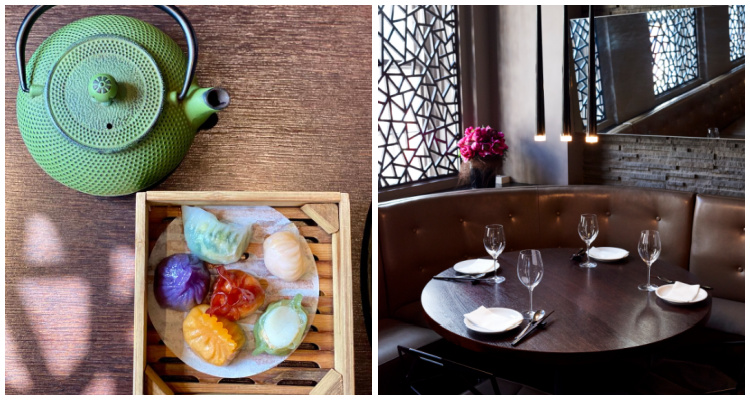 Down to the nitty gritty then: the dim sum restaurants. We kicked off our Chinatown London tour at the plush Plum Valley, a haven of forward-thinking Chinese cuisine, slick interiors and intimate dimmed lighting on Gerrard Street.

These guys focus on innovation and modern twists on the traditional dumpling, including their rainbow dim sum set (£8.20). Specially created for Pride Month and remaining as a staple on the evening menu are these six pillowy dumplings. Each is packed with flavour, including succulent meat, seafood and vegetables, making it (almost) impossible to pick a favourite. In the end, the scallop and spinach dumpling won out. After all, I am a sucker for perfectly cooked seafood.

Here we also perused their extensive cocktail list, choosing a Mexico passion punch (£9.50) of cachaça, passion fruit, sugar syrup and lemon juice. I love my tipples sweet and fruity, but not sickly - and this one certainly fit the bill. I'll definitely be back here for date night, as Plum Valley has that luxurious and upmarket feel with divine food and booze to boot. 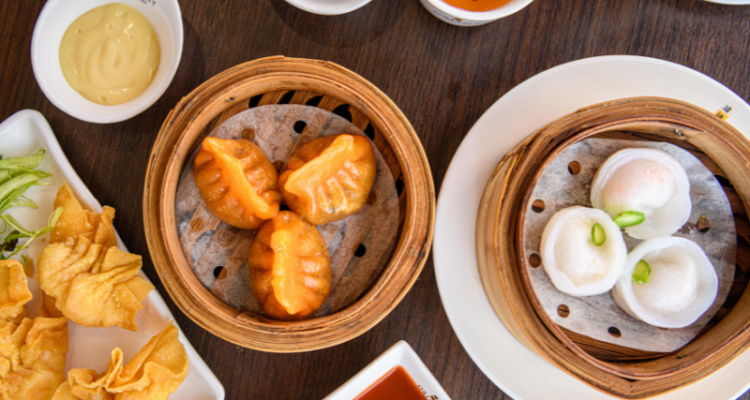 Dumplings can be fried as well as steamed, adding variety of texture to the explosion of flavour.

Next up was Orient London on Wardour Street, whose interiors wouldn't look out of place in the swankiest of hotels. Tiffany told us this was exactly the kind of restaurant you'd pick for a big family get together, or anyone else you hoped to impress, and I couldn't agree more. Getting a kick out of keeping it authentic, this restaurant delivers the taste you'd expect from such opulent appearances.

Their mixed wild mushroom dumplings (£4.50) took me by surprise, packing more of a punch than I thought possible for the humble fungi. Then bringing up the rear on our Orient offerings, but quickly flying up my dim sum rankings to a close second place, are their Sui Mai dumplings (£3.90): gorgeous pork and prawn filling bejewelled with orange cod roe. 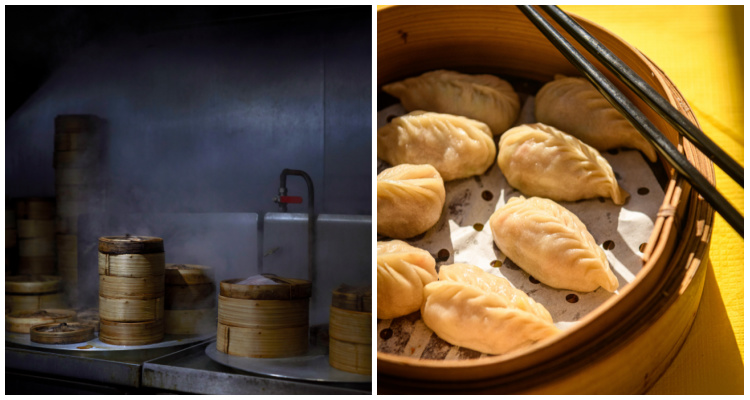 Dumplings Legend offered a sneak peek into their kitchens to see how these bad boys are steamed.

We also got the lowdown on the dos and don'ts of dim sum - and there's a fair few we've all been getting horribly wrong, apart from the obvious one of don't skewer the dumplings to pick them up because this isn't a kebab.

Ever wondered what the little spoon is for? And no, it's not to use alongside your chopsticks as the equivalent of a knife and fork (yup, I've actually seen this happen). Hold your spoon under your dumpling as you take a bite. This saves trying to shove the whole thing in at once or letting the other half drop onto your plate, if your chopstick skills are still a work in progress like mine.

Next up, you know all that soy sauce you've been dousing your dumplings in? Massive faux pas in dim sum etiquette. These chefs have spent years honing recipes and perfecting a delicate balance of flavours, so a little swim in the salty stuff throws off all that hard work. Opt for a dunk in vinegar with little slices of ginger or the restaurant's own chilli oils and sauces instead.

As usual, dim sum delivers the goods and Chinatown's eateries are no exception. Folding all those different shapes for dumplings is no mean feat either (which we found out during our disastrous interactive demonstration with the chef at Plum Valley), but somehow restaurants like Orient London whack out hundreds and hundreds a day. If I loved a good ol' dumpling before, they've now become one of my top choices for a meal out in London.

Discover more of London's best dumplings in our guide.

Editorial Assistant at DesignMyNight. Has an unhealthy obsession with the chips and dips combo and enjoys disco dance moves.