If you’d told me this time last year that one of London’s hottest new hotel openings would be outside the M25, I would have rolled my eyes and stuck very firmly within my no-further-than-zone-2 comfort level. But then an international pandemic happened, we fled city centres, leaving empty coffee shop chains and offices in our wake - and suddenly, a country retreat half an hour’s train ride away seems like one hell of a sterling idea. Sure, Birch has been hit by the measures as much as everyone else, but has a lockdown and London exodus actually proved the best thing for this rural hideaway? 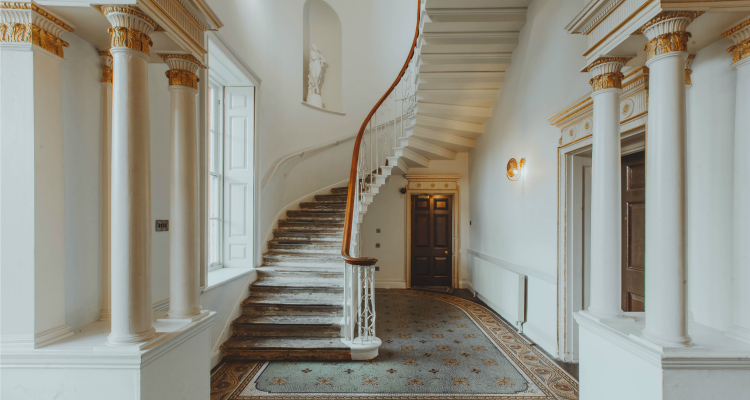 If walls could talk; the original and oldest part of the house.

Two Chrises are behind the self-proclaimed new look at members clubs, namely hotelier Chris Penn and entrepreneur Chris King. This North London opening is billed as the first in a long line of Birch outlets, with an eye to creating flexible, working spaces alongside stylish stays. We arrive at the oldest - and original - part of the house; a great red-brick pile, with white stone lions outside huge columns. Inside the reception, years of corporate use (it was last a De Beers conferencing centre) have been pulled away to reveal intricate mosaic floors, dark oak panelling and grand staircases. There’s a roaring fireplace and golden stencilling on the ceiling, all reminiscent of the building’s first life; that of Lord Meux and his eccentric butcher’s daughter wife, who had a penchant for being pulled around London in a zebra-drawn carriage (homage is paid to Lady Meux in the onsite restaurant’s name).

It would have been easy to have left Birch as a cool country retreat with a nice reception and less of that polluted London air, but even before this became the year of the staycation, the plot was planning an endless array of activities. As we’re led along the white corridors, rooms peel off into bakeries, pottery studios, and through the bar - with its polished concrete floors and mix of velvet sofas and high tables - there are glass-fronted coworking spaces. Outside, gaggles of well-dressed, all-in-black, artsy types follow the farmer on his daily tour, while we stop in the square of the stables (a 5-minute stroll from the house) for a glass-blowing lesson (£150 for two people). Over 45 minutes, Phoebe and Callum convince us that we’ve crafted, shaped, and blown our very own tumblers, while deftly doing the heavy (and scary) work for us. 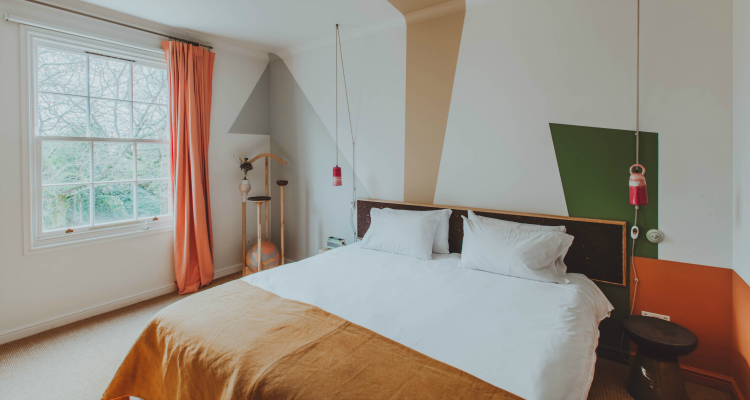 Bedrooms are stripped back and simple, perfect for cocooning yourself away for the weekend.

We recharge back in the co-working bar, not far from a pool table and a room with wooden floorboards, red and white-striped deckchairs, and guitars and a piano, should - and we are assured people have - we fancy an impromptu jam session. The cocktail list is short and punchy, with a light and all-too-slurpable Paloma and a kicking margarita. Just off from the bar, a clutch of bedrooms are found. They’re simple with Skandi leanings; white walls are interrupted by triangles of muted, earth tones and there’s no TVs, rather an old fashioned radio by the side of a huge double bed. Only the bathrooms let the space down ever so slightly, a reminder of the hotel’s days as a conferencing suite - though the luxury toiletries help you forget about the bath-shower combo.

All of the above would have been enough for London daytrippers to add Birch to their weekend play space, but in one final flourish of the magician’s hat, Robin Gill (of renowned The Dairy) has created The Zebra Riding Club. Set in a huge, vaulted ceiling space - that almost feels like a safari lodge - diners sit in the glow of the open kitchen as the team conjure six courses of fresh, inventive, and delightful dishes (set menus start at £48pp). We drool over - and then inhale - a bowl of broth, grains and chilli, in the centre of which a sesame seed-covered, runny egg from the rescued battery hens sits, a mix so warming it could revive a corpse. Seafood is on the other end of the spectrum; light and smacking of the ocean - a crab gazpacho is laced with chunks of meat, while a bite of roasted cod is warmed by a snap of paprika-flavoured crisp. We roll back to our bedroom, just in time for the 10pm curfew and a bottle of cocktail delivered to the door. 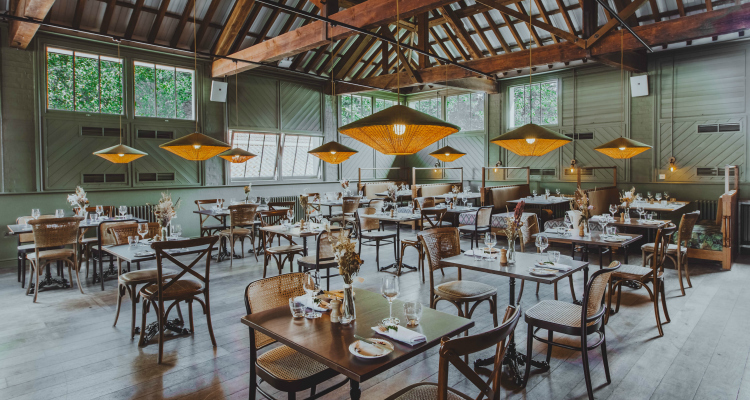 I really didn’t want to like Birch; having lived in Devon for the past 6 months, it is my duty to mistrust everything and anything that seems too London, with words like ‘members club’ and ‘catalyst for the curious’ sounding the klaxon. But I have failed my fellow county people, I adore Birch - a weekend there felt like a big, escapist hug from the chaos of the world. Staff were so welcoming, funny, and kind, I wanted to join their gang; the hotel straddles the line between grandeur and East London cool perfectly; and The Zebra Riding Club is worth walking over the M25 for.

Birch can be found in Cheshunt; rooms start at around £150 per night and membership is open to all. For more staycation inspiration, check out our guide to all things London Hotels.