Sometimes you just really need fast food. There’s a kind of comfort in junk food that’s hard to pinpoint, especially when you’re faced with muggy weather and that sense of misery when it feels like summer is coming to an end. Helping to provide hungry Camden revellers with a little indulgence is Bad Vegan, the 80% plant-based restaurant created by Tom Kerridge and Mark Emms that claims to be revolutionising the way we eat. While there has been a little controversy around the name, I’m the kind of ‘don’t knock it ‘til you try it’ person. And you know what? This place is a carb-lovers heaven. 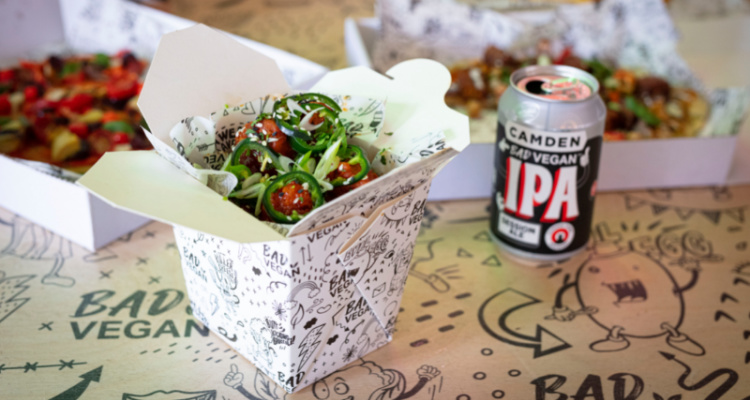 Get your chops around these spicy Cauliflyer bites.

Nestled in Buck Street Market, the interiors have a kind of urban feel you'd expect from a load of former containers, that doesn't mean it's not cosy retreat for chillier days however. I like that Bad Vegan has flipped standard restaurant menus on their head, offering something for everyone but mostly serving vegan food - it does reflect modern flexi eating habits in that way. However, I chose to stick to my herbivore diet and go for a plant-filled feast. My chipotle taternator (£9.50) wrap still makes me salivate (I haven’t stopped thinking about it to be honest), with its tortilla exterior, giant hash brown-like potato filling, crunchy toasted peanuts and subtle spice. I gave half away and traded for my boyfriend’s BBQ taternator (£9.50) out of curiosity, and it totally matched-up in terms of deliciousness, with Boston-style beans adding some serious smoke. This came perfectly paired with the brand’s very own Camden Brewery IPA (£4.50), which had a refreshing fruitiness to it. 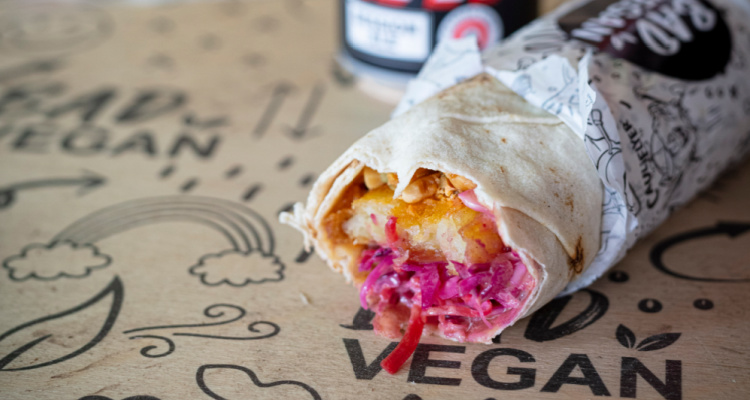 These potato wraps are the dream hangover cure.

Of course, there was no way I could pass on the cauliflyer (£8.50), crunchy cauliflower florets that are deep fried with an ever-so slightly spicy sticky chilli sauce. We begged for the recipe to this, because I couldn’t wrap my head around how they used such thin batter to create such crunchy bites. This was followed by more begging for the truffled streetdough (£10.50) flatbread recipe, which came slathered with vegan mozzarella, and topped with black truffle, rocket and roasted mushrooms. To wrap up the experience? I had to indulge my sweet tooth with a cookies and cream milkshake (£6.50), a sickly sweet creation with crushed dark choc cookies, chocolate sauce, malt extract and their signature coconut foam which made it dangerously easy to drink. 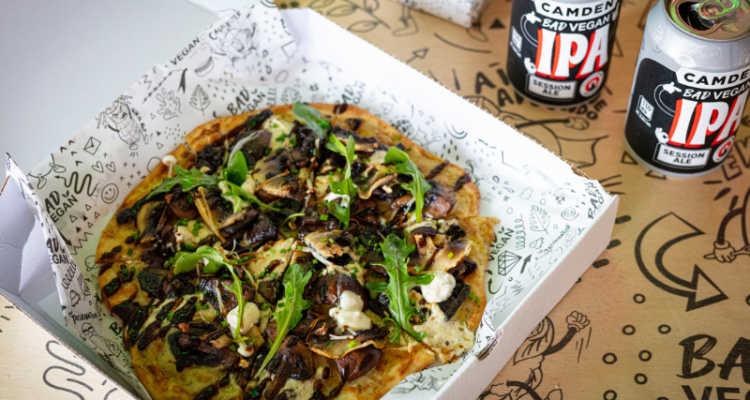 As more and more people turn to flexible eating, you can't help but agree to some extent with what Kerridge and co are doing here. While there may have been some pushback from the plant-based community, it's got to be said - Bad Vegan serves dangerously good food. So, next time you're craving a carb-filled feast, why not give them a whirl?