15 Unusual London Attractions We Bet You Haven't Tried Yet

Whether you’re a local seeking something a little different or a tourist in town after some hidden gems, we’ve got the definitive lowdown of unusual attractions in London. From subterranean rail rides and treasure vaults to derelict churches, the world is your oyster (or Uber) with our guide to these quirky things to do.

A short stroll from Brixton tube station stands something that has been a part of Lambeth history for over 200 years. Harking back to its agricultural past, Brixton Windmill is the fully functional flour mill that's the last of its kind in London, and right next to the gig venue of the same name. Feelin' thirsty after all that history? Check out Brixton's best bars. 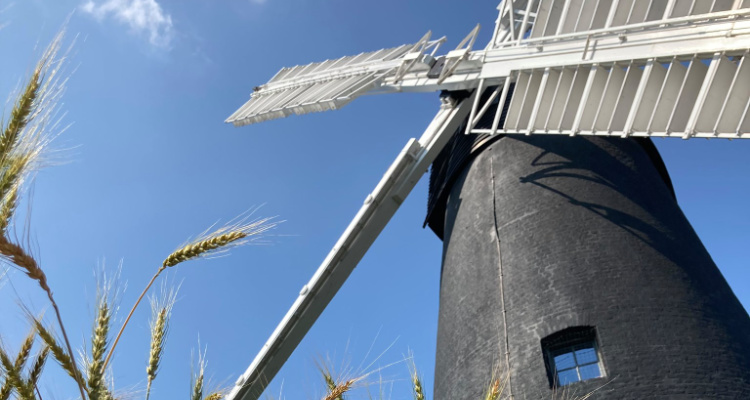 Mills and spills in Brixton.

Neon Madness At God's Own Junkyard

Nestled in a warehouse in Walthamstow, this psychedelic paradise (Vegas-meets-strip-club vibe) has been papped by fans across the globe. The brainchild of Chris Bracey, who made and installed signs for some of the film's greatest stars, God's Own Junkyard is a totally trippy attraction that's completely free to enter. There’s also a café inside where you can sink a tipple or two. Soak it up with some of Walthamstow's awesome restaurants. 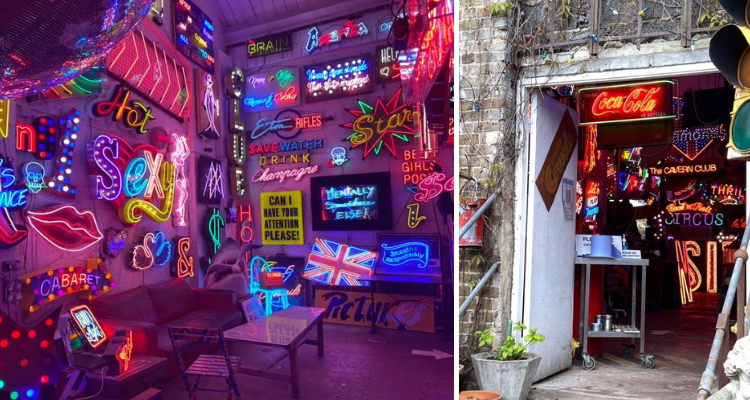 To get a taste of London’s rich heritage you’ll need to go underground. Deep underground. Originally designed to transport letters from Paddington to Whitechapel in the 1800s, The Mail Rail provided a handy solution to the problem of transporting large amounts of mail across the city. When it was officially closed in 2003, this new museum-come-attraction was born. With activities including an interactive gallery, a swish private hire area and an immersive subterranean ride, who thought the post would be this much fun? 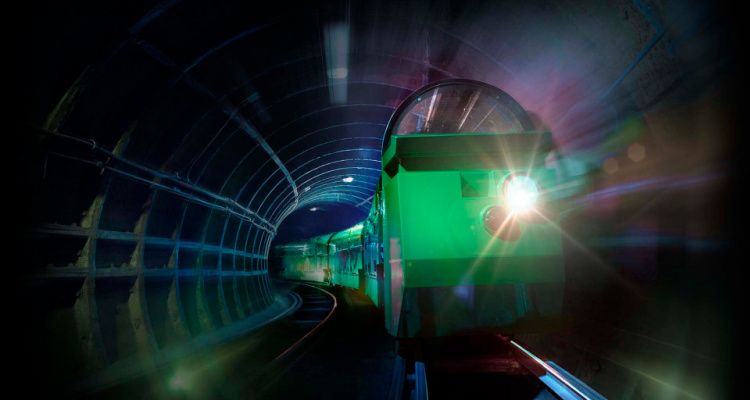 A thrilling ride beneath the city's streets.

Featuring one million balls and a beaut selection of sweetie retro cocktails, this Shoreditch bar is an attraction in its own right and a perfect escape from the troubles of reality. Ballie Ballerson has two huge rooms complete with adult-sized ball pits, mirrored backdrops, bottomless brunches and the best mix of RnB, disco and house mixed by the scene’s best DJs. Bring on the balls. 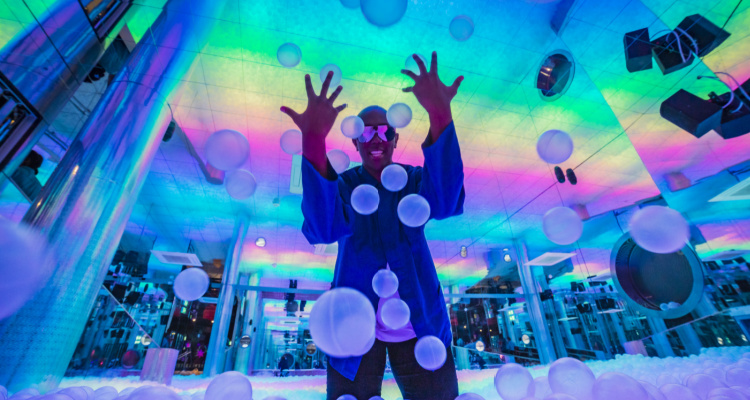 Grab life by the balls with East London's happening hotspot.

Did you know there’s a secret London beach? Just moments from Wapping Station, walk down past New Crane Wharf, go down the stairs and right in front of you will be a small and secluded waterside spot. The views are stunning but make shore to check the tide times. Also a six-minute walk from the above is Pelican Stairs, next to The Prospect of Whitby. This area is steeped in history: smugglers and thieves met in this area, plus Samuel Pepys, Charles Dickens, James Whistler and J.M.W Turner have all visited the aforementioned pub. It has also appeared as a backdrop in Only Fools and Horses and Whitechapel. 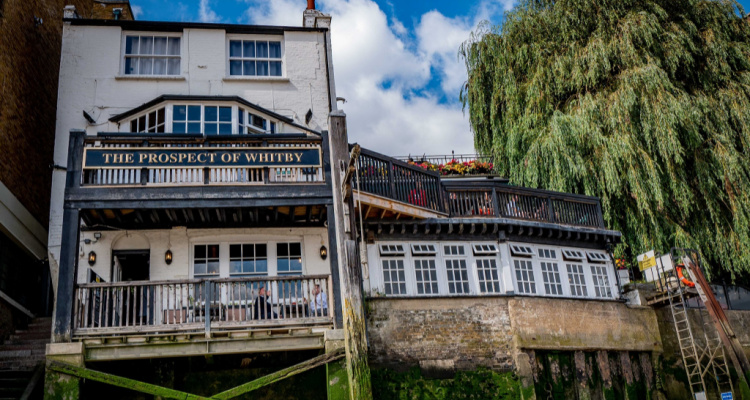 If only these walls could talk...

A Derelict London Church With A Colourful Past

Shrouded behind tourist hotspot Tower Bridge lies the quiet, tranquil oasis that is St Dunstan in the East. This Grade I listed building was originally built around 1100 and has lived an interesting life. Wrecked by the Great Fire of London in 1666 and suffering massive damage during The Blitz, the Anglican church declared it a public garden in 1970 after it became too expensive to repair. We love the beaut gothic architecture, flanked by stunning greenery, making it a lush botanical space that's begging to be discovered. In need of more green? Here are some more lovely London gardens. 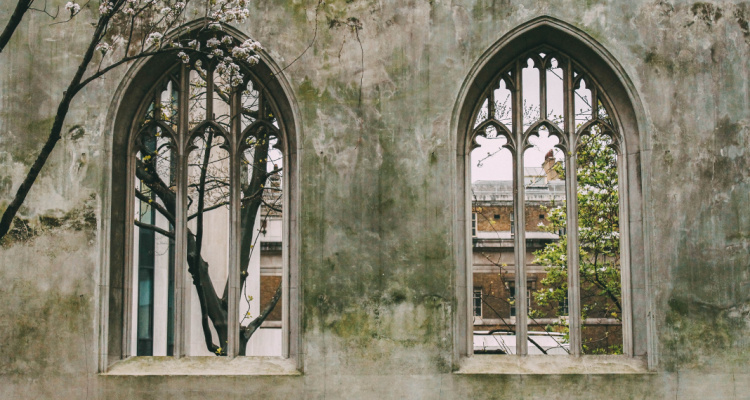 Secluded scenes and soothing vibes in the heart of the city.

The second largest of London's Victorian graveyards, Nunhead Cemetery near Peckham, is a peaceful place to take a stroll. Largely abandoned between the 1970s and 2001, most of its gothic headstones and plinths have been reclaimed by the wood and its wild scenery makes it one of the most unusual and beautiful places around. Make sure to go up the hill on the western side for a stunning view of St Paul's Cathedral. To the left, you can just about see Alexandra Palace peeking over the horizon too. For more undiscovered history, see our cemetery tours guide. 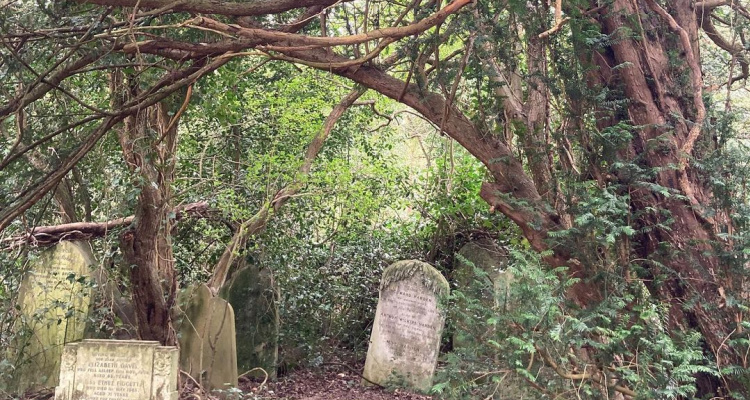 Ok, so the Hard Rock Café is hardly a hidden attraction, but did you know there’s a secret vault full to bursting with rock memorabilia? Hidden away in what was an old branch of Coutts Bank, rumour has it that The Queen had valuables stored inside, but nowadays some of the scene’s greatest names have donated guitars, signed lyrics and iconic costumes. It’s completely free too, just need to be accompanied by a guide. Ask staff when you arrive and they’ll let you know when the next tour is. After all that exploring, make sure to debrief over a juicy burger and chips. 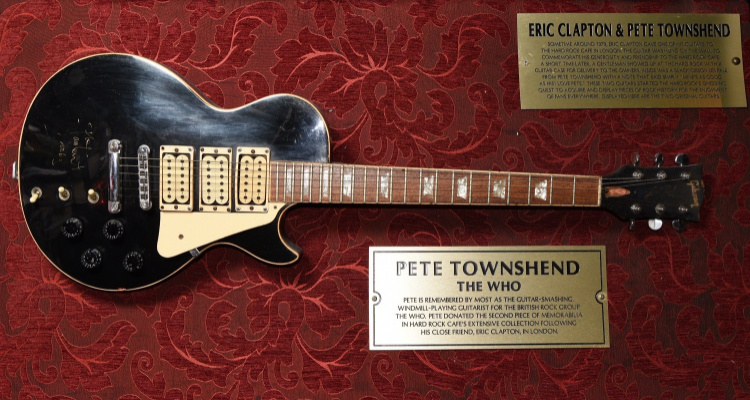 Channel your inner rockstar with this fab tour.

Gather around cocktail convicts and fun-loving criminals, as Alcotraz is one not to miss. After successfully outsmarting the warden to smuggle in a spirit of your choice, the prison’s master mixologists will ex-cell-ently blend your contraband with liqueurs, bitters and syrups to make beautifully bespoke cocktails based on your exact tastes and preferences. For once, we just can’t wait to be locked up. 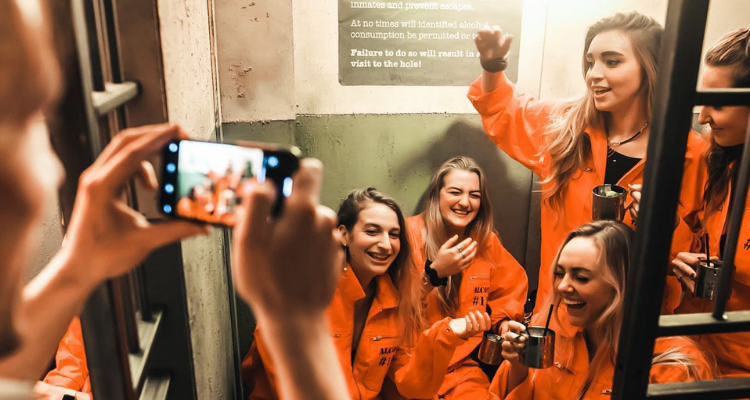 We’re going behind bars, will you join us?

Not your conventional ramble around London, this informative tour takes you from Tower Hill to Blackfriars and sees you unearth thousands of years of history including the Romans, Anne Boleyn and Queen Boudica (did you know there’s a connection to Harry Potter? You do now). Check out the City's oldest pub and discover the easiest way to tunnel into the Bank of England's vaults. Just don’t tell them we told you. 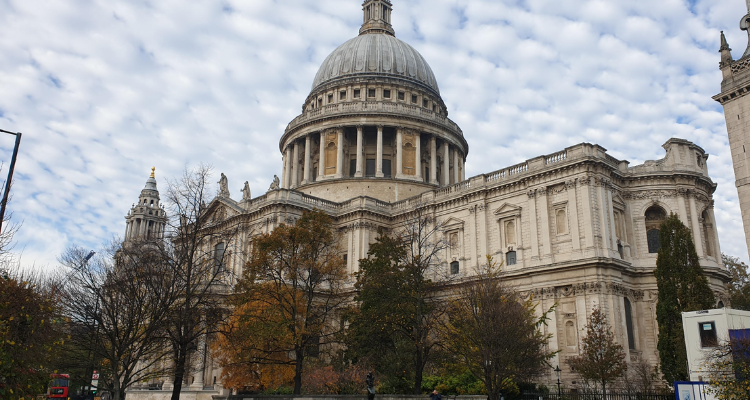 Swot up on our city's weird and wonderful history.

Back for 2022, Bethnal's Green murder mystery-themed immersive, theatrical dining experience will have you transported back to the golden era of train travel, where nothing is as it seems. Tuck into an incredible four-course menu designed by Masterchef The Professionals finalist Louisa Ellis, as you try to guess who the elusive offender is at The Murdér Express Part Deux. 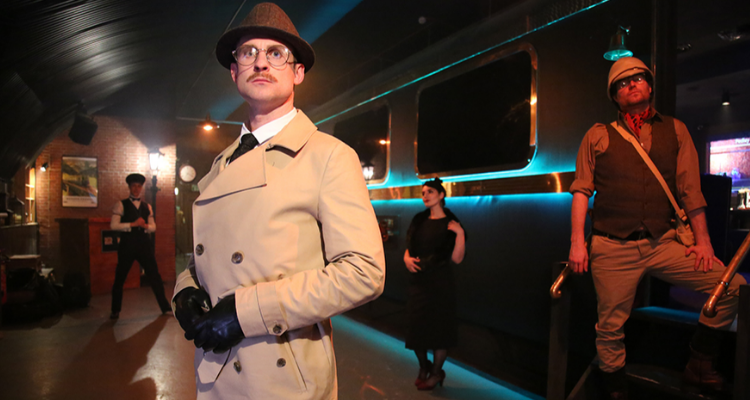 The Jewel of the Empire has gone missing, and all on board are suspected of stealing it.

It’s safe to say that London has accumulated its fair share of ghouls and goblins over the years. Learn more about their story and deep dive into our capital’s fascinating history with our selection of ghost tours.....and there's not a dead end in sight. From spooky bus trips to a haunted pub tour, these events aren't just for Halloween so buckle in and enjoy the ride. Our advice? Wash down with your favourite spirit after. 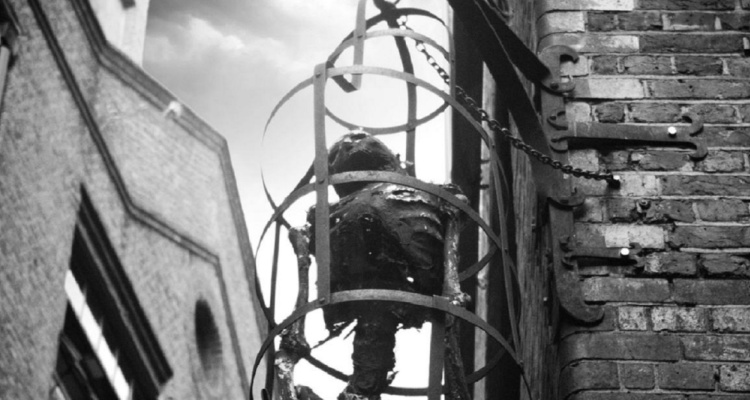 You wouldn't want to come face to face with this fella.

The multi-award-winning event has not one, but two London-based marquees where you whip up your very own masterpiece. You'll get everything you knead to create quirky cakes and themed sweet treats at The Big Bakes, including all ingredients, tools and an expert baker on hand for advice. There's also an amazing cake-themed bar serving up yummy cocktails and a drinks deck to watch the action as it happens. Grab a ticket over here. 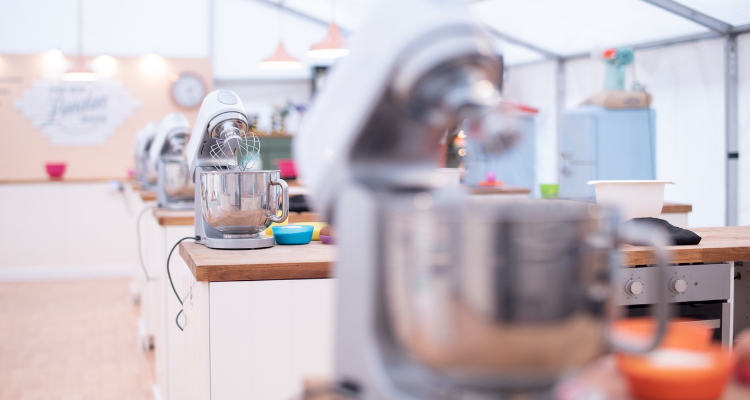 Could you be London's best baker?

Chances are you haven't seen this beaut Grade II listed historic secret garden tucked away behind Streatham Common (deep in South London). Originally part of a large private house in the middle of West Norwood and Norbury, this tranquil and largely unexplored space features ornamental ponds, botanical plants, wildflowers, a mineral spring and an old English garden. The Rookery can get busy when the kite festival happens, so best book a day off and explore in the calm. Need a pint? Discover Streatham's beaut boozers. 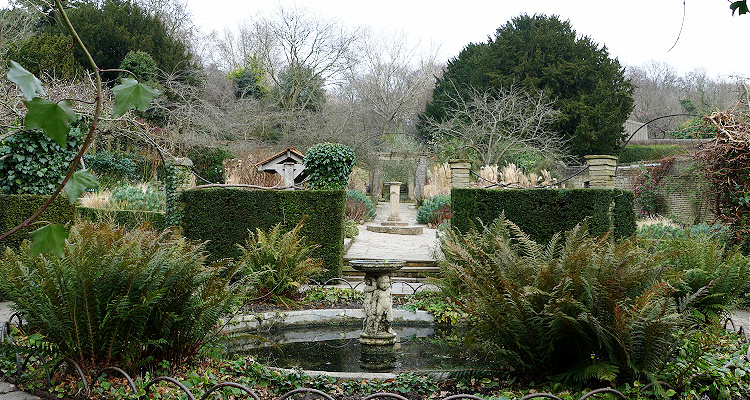 Who would have thought this was just moments away from the hustle and bustle of Streatham Common? Photo credit: Loz Pycock, Flikr.

The Fake Houses At 23 And 24 Leinster Gardens

In between Paddington and Bayswater stands two houses. But things aren’t what they seem. It turns out that numbers 23 and 24 are just a façade. The story is when the Metropolitan Line was being built, buildings situated along the route needed to be demolished to make way for air vents. Neighbours were furious and demanded the unsightly space be covered and it still stands to this day. Maintained by Transport For London, it’s more recently been used as a backdrop for the hugely successful Sherlock. Fancy a pint? Have a browse at the best bars nearby. 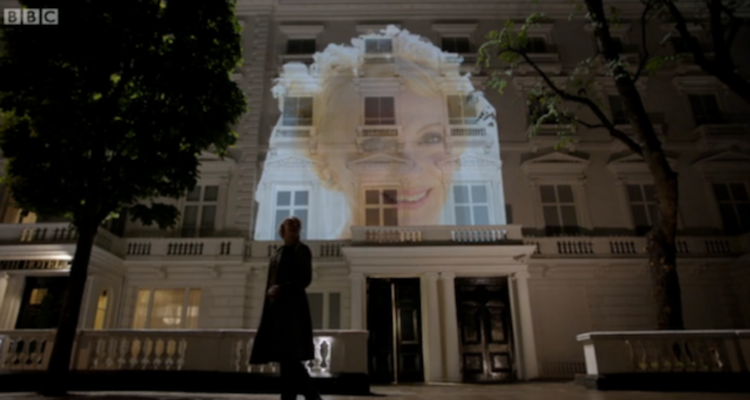 After more inspiration? Check out our list of London's best hidden gems. Don't miss a quirky beat with our weekly London newsletter, sign up here.