More Than Just The Classics? We Tried Out The Alchemist’s New Menu Of Augmented Reality Cocktails

The scene? It couldn't be any better; against a rumbling thunderous sky, with heavy downpours and flashes of lighting striking across the sky, we made a very soggy entry into the newest outpost of The Alchemist in Old Street.

A place that never chooses to shy from theatrics (just like the weather on the night), the bar has swiftly become is noted on social media. Why? A relentless need to capture creations that fizz, bubble and smoke away. And with a new menu of augmented reality cocktails propping up the already notorious drinks, it felt only right to stop by and experience it all... IRL. 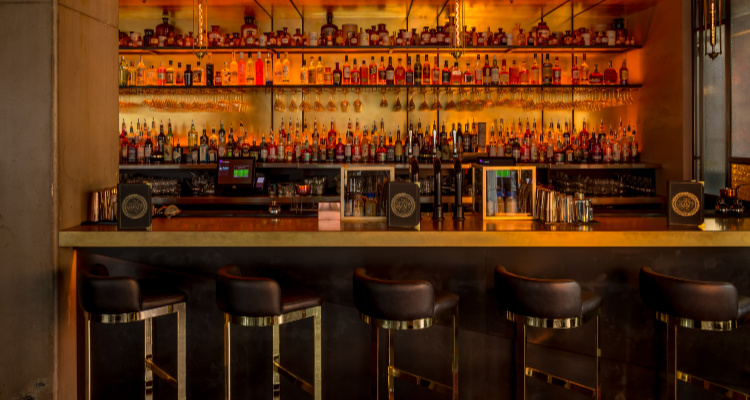 The sleek bar at The Alchemist

Diving head-first into the suitably dramatic Lightbulb Moment (a classic on the menu, easily found on Instagram under #alchemistcocktails), a bubbling creation, complete with dry ice and a medicinal flask made its way to the table. Nothing short of a witches brew, we snapped away and let the billowing smoke settle before a blend of gin, Pimms, ginger beer, raspberry, lemon and mint revealed a sweet drink with an underlying zing, heat adding an air of Moscow Mule in to the mix.

Leaving the classics aside for a moment, it was time for the main event: a trip into the augmented reality menu. The Sailor Punch was an undisputed firm choice with an enticing combination of Sailor Jerry rum, banana, pineapple and citrus. But this was so much more than just a drink....

As we downloaded an app created by the venue themselves, and held our phones up at the cocktail, a digital creation came to life atop the drink as moving images of swinging monkeys, a skull and crossbones and a pirate ship turned our screen into a secret, if not gnarly island. It's dramatic, and it's one hell of an embellishment, but solid AR concept aside? The flavours came together well, and had us guzzling away like two drunken sailors. 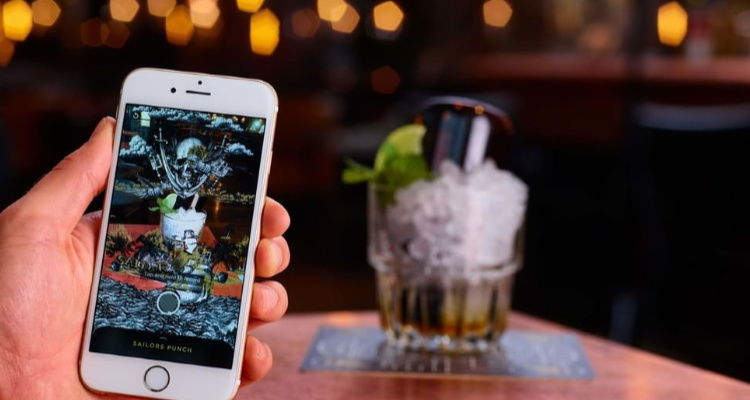 Watch cocktails come to life with the magic of technology.

Don't let The Alchemist fool you. While it's a bonkers cocktail list that they're renowned for, they do also boast a whopper of a food menu. Treating vegans to those (yes, those) bleeding Moving Mountain burgers, we chowed down on one of the most convincing meat-free patties in the biz... until a Bunsen burner arrived that is.

We were taken back to science experiments in school as a burner was brought to our table along with two flasks of dry ice and a tall contraption filled to the brim with herbs and fruit. What was this all for? The aptly-named Mad Hatters of course. Returning back to their classics menu, our drinks were 'brewed’ before our eyes as and poured into tea cups as smoke flowed over us. Want a cocktail with plenty of pazazz, supported by a sugar-sweet fruity blend? This is the one for you. 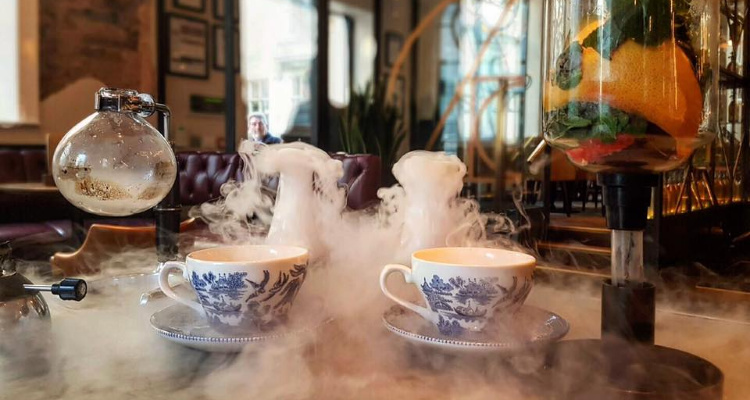 Stocks in dry ice? We think The Alchemist have their fair share.

After a night of science experiments disguised as cocktails, and hidden messages behind phone screens, it's clear to see why love for The Alchemist is still unwavering: it's pure entertainment. And while plenty don't need their cocktails to dazzle under pillows of smoke, or unveil secret islands in the palm of their hands, I enjoyed that The Alchemist know exactly who they are, and what they want their cocktails to put on... a show.