Could This Tropical Basement Be One Of The Best Bars In The World?

Taking London’s cocktail scene by storm, Kwānt has landed in Mayfair and it’s occupying the basement space within the newly revamped Momo. The bar hasn’t even got a website yet, but the buzz surrounding it has been off the charts. Perhaps that’s because the subterranean spot counts The Savoy’s Erik Lorincz and Mourad Mazouz of Momo and Sketch as co-founders. 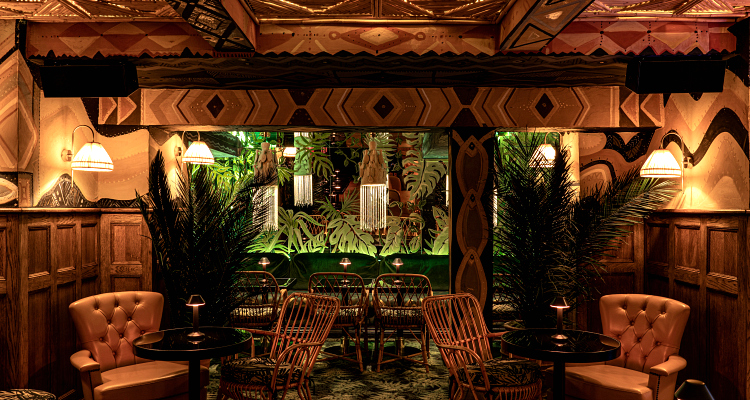 Save on the airfare because Kwānt is bringing you far-flung feels right here in London.

As we bypassed a waiter smoking a shisha pipe, we were greeted by Moroccan-style décor and a host in a fez. Yep. Plants, metal pendant lamps and candlelit tables took me back to the low-lit restaurants of Marrakech, and the restaurant’s distinct theme continued downstairs, as an unassuming door gave way to Kwānt (pronounced quaint if you’re wondering). With tropical décor; from the bamboo ceiling to hand-painted foliage adorning the walls, this was one striking space.

Browsing the menu, it was clear that cocktails would be a little less Mahiki and a whole lot more Savoy. As head bartender of the Strand hotel’s coveted American Bar, Erik led the team to win the top spot at the World’s 50 Best Bars Awards in 2017 and there’s no doubt that he’s aiming just as high here. Staff suited in perfectly-fitted white jackets and a carefully curated drinks list signify that Kwant is all about the art of fine cocktails. 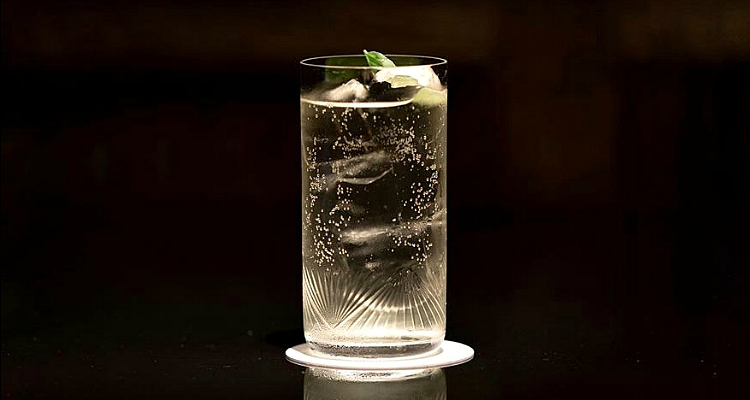 Drinks that look as good as they taste: the signature Savoya Fizz.

Served on tap, the Japanese Highball (£15) was a sweet start; combining whisky with orgeat and Peychaud’s bitters for a thick and creamy concoction with a hint of fizz. Meanwhile, my drinking buddy’s Zebra (£15) utilised vermouth and rum with nutmeg essence and a distinctive porcini mushroom-infused Campari for a real umami kick.

Distracted by the drinks at hand, we weren’t quite prepared for the impressive food that was incoming. Prepared in Momo above, Duff’s beef tartare (£8) was stuffed with spices and had irresistibly light crackers poking through; the perfect union. Crab bourek (£8) resembled fancy spring rolls, with a trio of the elevated Turkish classic wrapped in baby lettuce leaves, while pomegranate-seed topped houmous (£8) was so creamy that I could have been whipped clouds. For real. 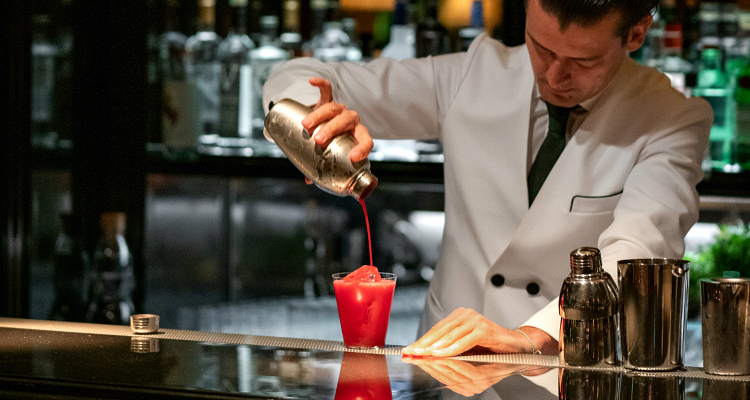 All hands on deck: Erik's all about the stunning sips.

Perfection is the name of the game here. Assembling a squad who have worked behind some of the best bars in the world, Kwānt conjures a whole load of spritzes and twists on classics. The Gimlet (£14) was a gorgeous twist on the old-time favourite, this time stirred down with orange blossom. Meanwhile, the Monkey Punch (£14) utilised clarified oat milk, scotch, calvados and zatar spices to create a delicately balanced combination.

Elsewhere on the menu, Heads and Tails (£15) was the synthesis of mezcal, Beermouth, green tea agave and soda. A little heavy on the carbonated concoctions, I began to wish that Kwānt had a little more variation running through the menu. Opting for the F.D. Fuentes (£14), I found more fizz; this time in the form of rum, fermented pineapple, Maraschino and verjus finished off with a rhubarb and cardamom tonic. Though a tasty tipple with an elegant finish, the novelty of bubbles was starting to wear thin.

Could Kwānt be one of the best bars in Mayfair? Absolutely. Not only are the cocktails on point, but even the food surpassed our expectations. Low-lighting, custom glassware and a super sexy setting make this the ultimate pick if you’re trying to impress on date night. But if Kwānt is aiming for a perfect 10, then I’d love to see some variety in the cocktail list and slightly more attentive service. Because I’ll definitely be back for another taste.