This Restaurant Does Top Veggie Roasts Right By The Water

Rotunda’s riverside location has made it a hot ticket for grabbing a drink in King's Cross, especially for the Aperol-hungry crowds, but we weren't here for a spritz.

Having heard the news of top roasts right by the water, and a menu made up of the best of Britain, we ignored the cracking of thunder and the spitting of rain outside and made our way in for a much-needed veggie roast... with a view. 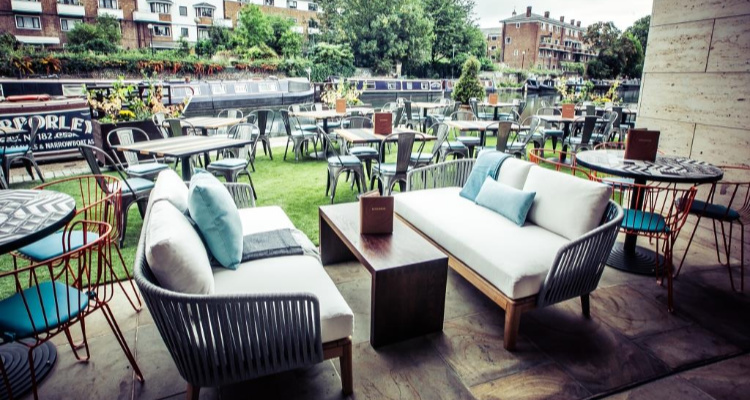 Though easy to miss amongst a thicket of tall buildings, we finally perched in Rotunda, kicking things off with a couple of bloody marys (£8.95), ignoring the bitter weather with a healthy dash of Tabasco.

Knowing that we were due a roast, we kept it to a simple yet effective starter of chopped tomatoes, garlic and basil olive oil atop a soft sourdough toast (£8.50). Fresh and sophisticated, the same effect pours over the rest of their entry dishes such as Cornish crab Caesar salad and the Texel lamb tartare, all a humble showcase of mainland ingredients. 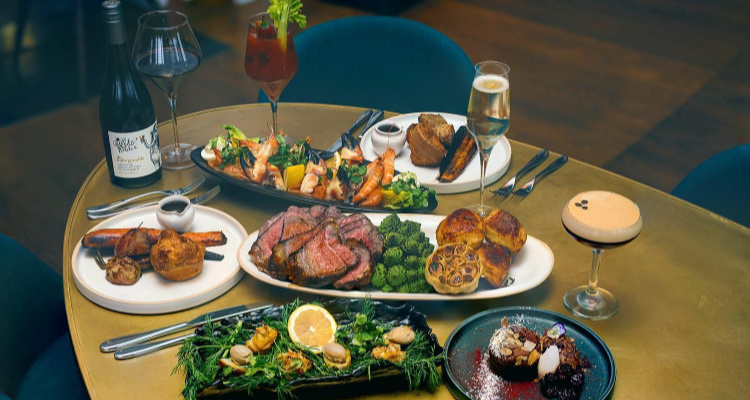 The lip-smacking roast, a real draw for both carnivores and plant-eaters.

It was on to the main event as we sipped on light yet punchy glass of vegan La Jara Pinot Grigio (£8.50) before ordering the whole roasted globe artichoke with seasonal vegetables and coconut oil roast potatoes (£15.50).

A comforting choice for what was a surprisingly grim summer day, the artichoke was tender, melting in the mouth with a slight sweetness; we were impressed by Rotunda's ability to steer away from the mushroom wellington, as so often landed on the meat-free plate come Sunday afternoon. The veggies alongside were on the right cusp of crunchy, and i'd be mad to miss cooking all future roasties at home in coconut oil thanks to delicately crisp edges.

So many restaurants in London are now under the (admittedly just) spell of faux-meat, wellingtons and seitan come the Sunday dining experience, but it was great to see how Rotunda offer plant eaters an alternative roast with veg at the epicentre, especially with the artichoke getting its time to shine.