Cutesy cocktails and roast dinners every day: we took Little Nan's Fitzrovia for a spin

We arrived at Little Nan’s Fitzrovia on a Wednesday night to find a crowd outside and the place positively buzzing with good vibes. Drinkers were spilling out onto the decking outside, sipping on cocktails in jars and laughing; it was the kind of welcome to a restaurant that you don’t get often enough.

But Little Nan’s isn’t like many other restaurants.  As the name suggests, it's more like popping over to your eccentric and electric grandma’s house - if your Nan’s house had a pub bar - rather than heading out to dinner.

After fighting our way through the crowds, we were met with a busy bar and busier waiting team. We were quickly seated at our table - a mismatch of furniture probably thrifted from your gran’s favourite Salvation Army store - and then took our time to marvel at the wonderfully bizarre scene around us. 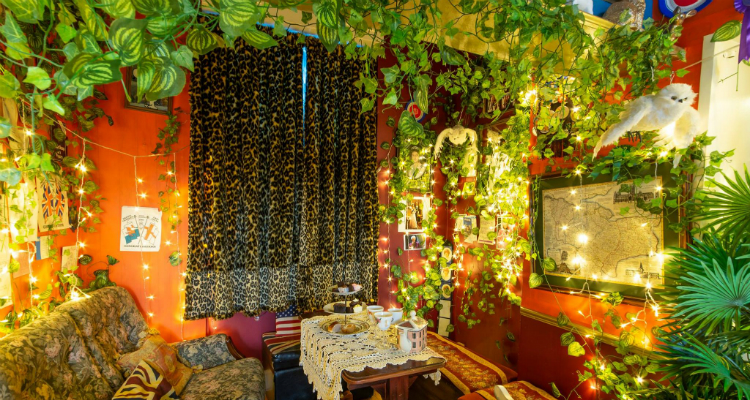 You certainly won't be bored at Little Nan's.

We were surrounded by what appeared to be a shrine to the late and honourable Pat Butcher, fairy lights, a leopard print curtain and picture after picture of the royal family. To top it off, I sat on a Union Jack ottoman. If you hadn’t guessed, Nan was an avid royalist and Eastenders' most loyal fan, and every corner of her home is covered in evidence of her obsessions.

This love of the royal family and Eastenders bleeds through to the drinks menu, where every tipple is named after a beloved character. We decided to order a Lady Liz (£8), a concoction of white rum, spiced rum, prosecco and lemonade, and a Lady Bet Lynch (£8), made with London gin, elderflower, fresh lime and some prosecco. Both cocktails packed an almighty punch and while they weren’t the most posh looking (each successive round came in a new and mismatched cup) they were fun and lent themselves well to a night of good vibes.

The food is equally as fun - Little Nan’s is probably one of the only places in London that serves a roast every night of the week. Yes, you read that right: they serve a roast every night of the week. And while their menu does offer some lighter fare (think prawn cocktails, fish finger sandwiches and scampi), how could we have possibly said no to a classic English Sunday dinner on a Wednesday? 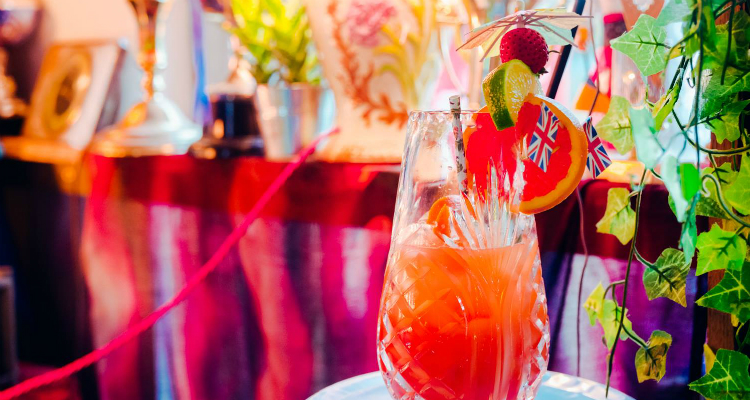 Fruity and fun is the name of the game at this colourful paradise.

We ordered the pork belly (£13) to come with some pigs in blankets (£5) (yep, they even do the classic Christmas side, even in summer!) and truffle cauliflower and leek cheese (£4), as well as the standard roast potatoes, Yorkshire puddings and Nan’s three-day gravy.

The roast was huge - just like your own Nan, Little Nan’s doesn’t skimp on anything, so you really get your money’s worth. The pork was delicious and crispy in all the right places and while the gravy was a bit too sludgy for my taste, it was still better than most. The pigs in blankets were possibly my favourite bit of the meal, a taste of Christmas nostalgia even in the depths of May was just what I didn’t know I needed. I hazard a guess it would put even the Grinchiest of diners in a good mood.

Full from cocktails and roasted goods, we were happy to have not been handed a dessert menu and instead continued to sip our drinks while we surveyed the scene around us, before heading downstairs to check out the open-for-all fancy dress box. 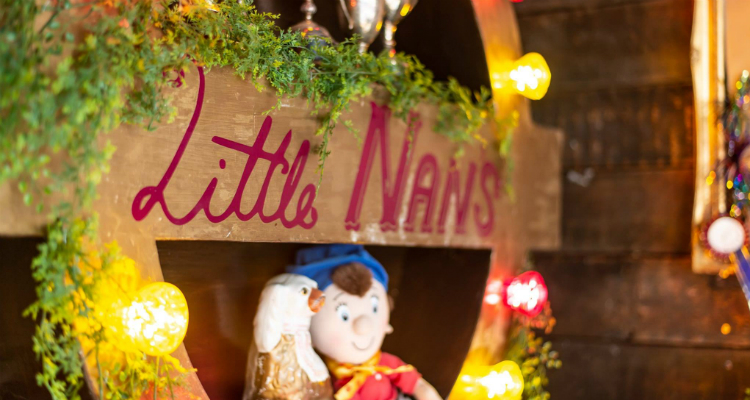 Your Instagram is going to look amazing after a trip to Little Nan's.

The vibe at Little Nan’s is unparalleled - it’s the kind of place you can enjoy a night out without having to go out-out. You’ll happily sip cocktails named after aristocrats and nibble on food which tastes just like home. While the offering may not be the most refined, it certainly is full of fun, and sometimes that really is all you need. And most importantly, if you’ve ever got a hankering for a roast mid-week, you know where to go.