Eastcheap Records is a double, no, triple threat as it provides food, drink and live music every night of the week and vinyl-infused functions for all your vintage music needs. Created by Rocket Leisure (the brains behind the original venue in Venn Street), Eastcheap took over central spot in the City and became the 4th member of the Records family. 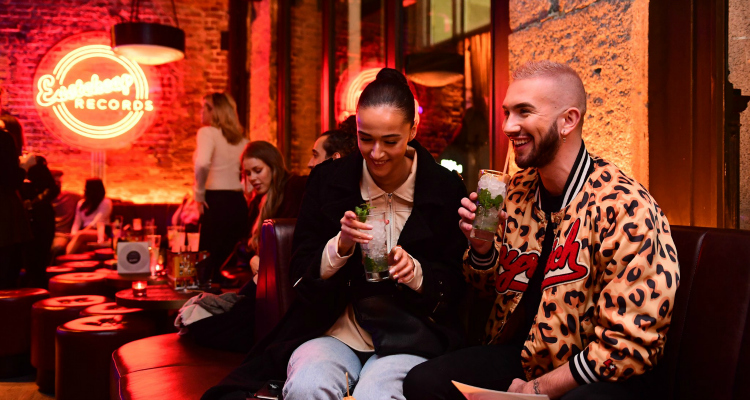 The party is always in full swing at this City bar.

It was Friday night, and we were met with a buzzing and lively atmosphere - along with fantastic live music by the Dynamic Sound Collective. Every table was full and every glass was being emptied as we took our cushy leather seats, surrounded by chic City workers. The interiors were like we had just stepped into a little slice of Manhattan, complete, of course, with their namesake red neon sign mounted on the wall proudly.

Naturally, we plunged straight into the near 25-strong cocktail menu and began with an Elderflower Fizz and a Raspberry Collins (both £9.50) because we, like every other Londoner, are craving summer again... The fizz was the star of the show here with its fresh combination of elderflower cordial and liqueur, vodka and soda. Whereas the Raspberry Collins, made up of gin, raspberry and fresh lemon, was more of a tangy tipple. Our glasses soon became empty and it was time to move onto our first dishes, as well as a refill. 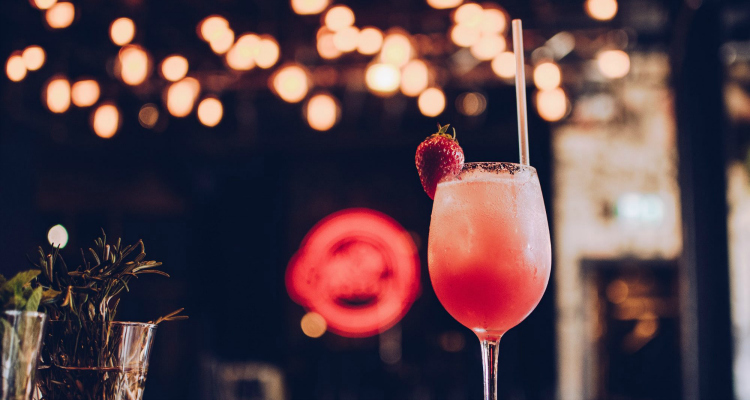 Craving a fruity cocktail? Dive into the epic menu at Eastcheap.

To start, a snack sharing platter (£25 for four small plates) that would be a perfect addition to any after-work drinks. We started by sampling the cod goujons (£8 individually) which were lightly battered and served with a tasty green tartare. We also enjoyed buttermilk chicken tenders with sriracha mayo (£8 individually) and black eyed chilli fritters (£7), served with creamy whipped avo. The vinyl plate (sorry, I had to) was charred corn (£7 individually) that would’ve made any BBQ-obsessed Dad jealous. As someone who generally doesn’t like corn on the cob, I was pleasantly surprised and had to say this was our favourite. Coated with spiced onions which were charred to a perfect crisp, the flavour was delightfully salty and packed a sweet punch to seal the deal. 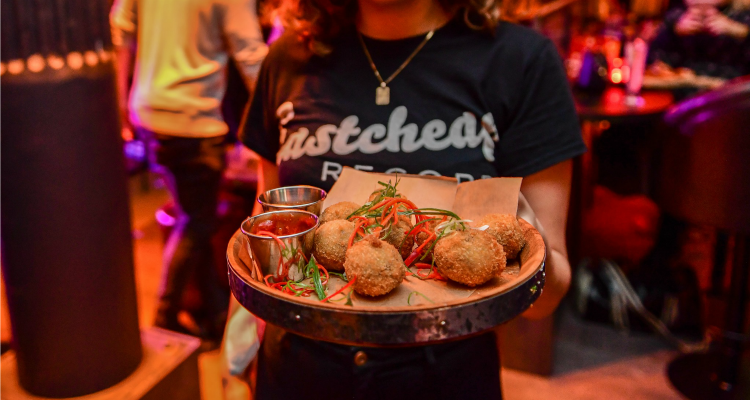 Pizza, sharing platters and plenty of bar snacks make up the food menu.

Our mains were washed down with another round of cocktails, this time a Rocket Spring Punch (£15) and a Floradora (£9.50). The first was bursting with raspberry flavour from the Giffard Framboise liqueur, and definitely a cocktail for those with a fruity preference. The Floradora was filled to the brim with ginger, ginger ale, lime and raspberry. It tasted kind of like a health drink but with gin; a very welcomed addition. Our mains were freshly cooked pizzas and certainly had all the star quality we were looking for. I tucked into my Bresaola (£11) and really relished the thinly-sliced salted beef perched on top - as well as the peppery rocket and creamy fior di latte.

If I were a producer, I’d be signing up nearly every dish for a contract. Although not a mind-blowing dining experience in terms of flavour, this place knows its lane and it drives in it flawlessly. If you’re looking for a memorable night out and you have a penchant for live music, pizza or fruity cocktails - get yourself down to Eastcheap Records on a Friday night; you’ll probably see me there.