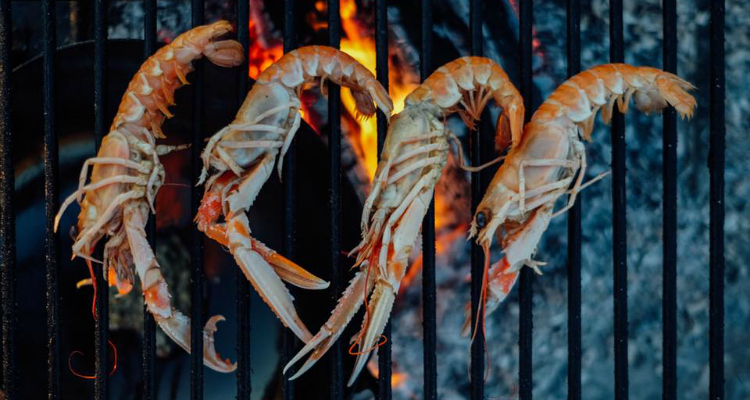 Two Anchors will be bringing their seafood grills to Cardiff's city centre.

Wales is getting its very own permanent indoor street food market. Sticky Fingers Street food will be opening on the 27th October inside Cardiff's Brewery Quarter, where five award-winning eateries will be setting up shop Thursday to Sunday. There has also been the promise of a house bar, cocktail bar and wine bar to provide refreshments as you fill up on delicious street eats.

The line-up of street vendors offers a decent selection of cuisine, with seafood, sandwiches and Malay dishes all on offer. The Original Goodfillas Company will be serving crispy filled pizza dough, much like calzones, with mouthwatering fillings, meanwhile Makasih is bringing the tastes of Malaysia, China and India with dishes such as chicken rendang and char siu pulled pork. There's also Mr Croquette, who will be dishing up cheesy toasties that have had celebrity endorsement. Then there's Hoof, serving flat-ironed steak in brioche buns, courtesy of Dusty Knuckle's Phil Lewis and John Cook of Cardiff's Arbenning. Finally, topping off the bill is seaside eatery Two Anchors, whose pop-up proved to be a roaring success on Ogmore Beach.

Discover Your Dark Side At The New Dusty Knuckle Restaurant