Can Jones Family Kitchen live up to its big sister's success?

It's always a risky business trying to replicate success - as the eldest child, I suspect my parents were greatly disappointed with the two subsequent reproductions. Sure, my brother earns enough not to be a frequent visitor to Bank of Dad, and my sister is a 6-foot-Amazonian goddess who's on track for a first. And admittedly, there were a lot less drunk crying teenage years for them both, but I’m pretty confident that I’m still the favourite. Jones Family have taken the same approach as my parents; already proving such a hit in Shoreditch, that they're bringing baby number two to London, this time in Belgravia.

Jones Family Kitchen has opened in Eccleston Yards, a patch of land that the Duke of Westminster forgot he owned until recently. Now he has remembered, the plot has left behind any vestiges of life as a coach-makers, electricity substation and finally carpark for a slice of cool that’s more reminiscent of Shoreditch than the back end of Victoria Coach Station. That’s no accident, the long outdoor terrace of Jones Family Kitchen looks over the square, with a towering mural of Frida Kahlo on one side, and Barry’s Bootcamp - an LA-style gym shop (me neither) - on the other. If you’re not as lucky as us to bag a table outside, inside is just as airy, with a glass front that lets in the last of the sunshine and swirling, industrial-style chandeliers of exposed bulbs, for when it sets. 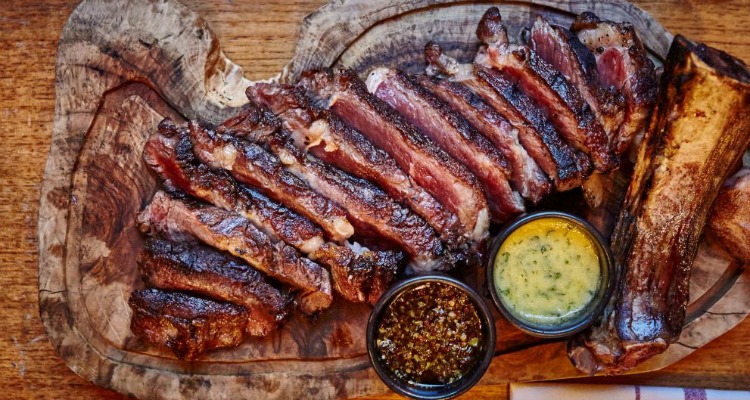 Dinner is much the same West as it is East, with Ginger Pig-sourced steaks and a josper grill which heats up to 500 degrees, making sure the revered cuts are justly treated. Seared Scallops (£9) were a brilliantly light way to start dinner, with three chargrilled pieces on a bed of wild garlic gremolata. I also ended up making eyes at my friend’s Whipped Goat’s Cheese (£9), a pretty plate of tangy mousse-like cheese, fresh peas and slithers of prosciutto. The star of show is the josper grill, so hot that the 300g rump (£19.50) sealed in flavours immediately, leaving a smoky outside. I opted for catch of the day, sourced from the West Country and whizzed up the M5 in the early hours to arrive on my plate in the form of a large plaice fillet. Fans of the original Shoreditch restaurant will be pleased to know that the potato menu has made the move, as has the truffle macaroni and cheese (£4.50), a stringy gooey dish that will have you knocking forks.

Along with a few old favourites, this younger sibling is also finding its own voice with a few genius additions - wine cocktails being one, try La Vie En Rose for a rose wine and vodka mix. The gin and tonic menu is just as original; Ki No Tea makes its first appearance in London as the Japanese gin is mixed with tonic and covered in white chocolate shavings that melt on the tongue long after you’ve taken a gulp. 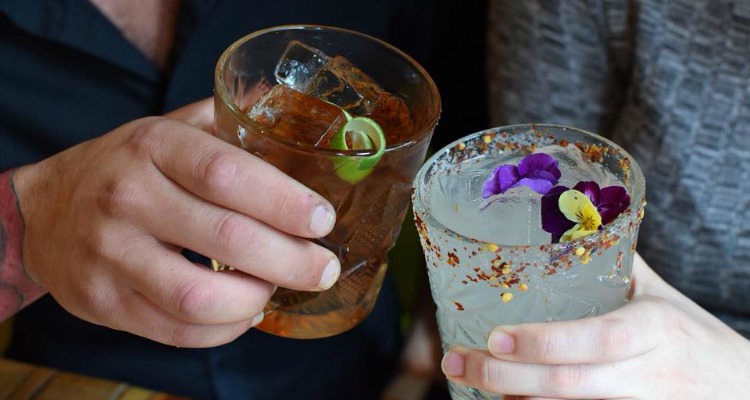 Cocktails are quirky and original at this West London spot with grated white chocolate and vodka mixed with rose.

While I went back a stage to crawling after my brother was born, there's no sibling rivalry with Jones Family Kitchen and Project. The new West London space still has the same family features, from its great steaks, quirky cocktails, and exceptionally smiley service, but brings a quirky sense of own self. Having spread its wings from Shoreditch, the sister restaurant is a cool new addition to West London - stop by for a slap-up dinner and a selfie with the Frida mural.