A Change Pho The Better?: We Tried A Bottomless Vietnamese Brunch

As the old saying goes: in London, you’re never more than ten-feet away from a bottomless brunch. That’s why meeting someone who’s never been to one tends to elicit a few eyebrow raises. A friend recently admitted just such a thing to me, so, naturally, there was only one thing I could in all good conscience do: guide him through this Millenial rite of passage. Pho St. Paul’s had recently launched a bottomless brunch, so it made sense to kill two birds with one stone and take their new menu for a spin, as well as show my friend what Saturday mornings are really about. 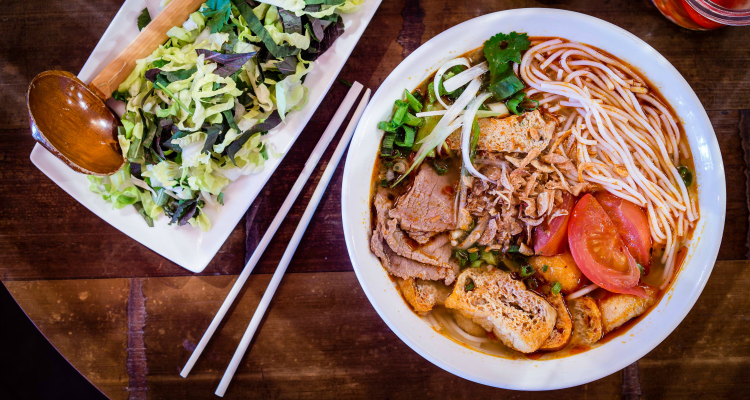 Noodle soup may not be a classic brunch dish where you're from, but Pho are doing things their way.

When I say bottomless brunch, you say prosecco, right? Wrong. While my automatic go-to is all things wine - sparkling or otherwise - even my head was turned by Pho’s other tipples. You can try their signature Cà phê Martini - a blend of iced coffee, condensed milk and Hà Nội vodka - or even dabble with unlimited Bloody Mary’s or beer. Basically all you prosecco-haters can breathe easy, because Pho have catered for your tastebuds too. And the damage isn’t too bad either at £25 per person for 90 minutes of free-flowing drinks and a main dish.

When choosing starters, we were under the agreement that no real Southeast Asian meal is complete without the obligatory prawn crackers and sweet chilli sauce (+£2.95). We accompanied these with light prawn summer rolls (+£5.50), which offered a chewy but clean kick-off, with a taste that lingers in the mouth from the zingy pickle. 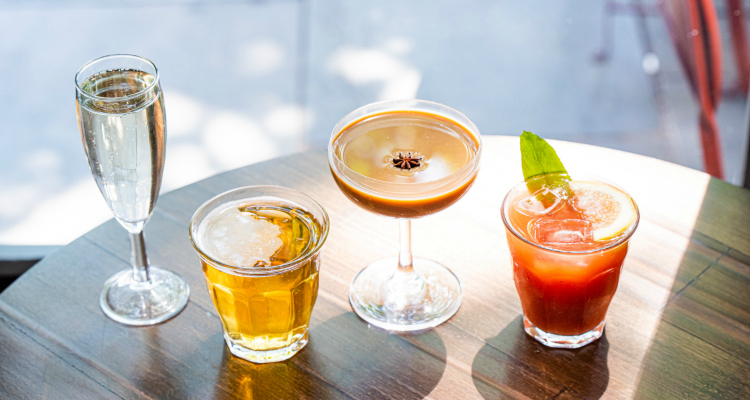 Get stuck into 90 minutes of bottomless fizz, beer, or their take on their coffee-based Cà phê Martini.

As much as I’m up for trying something new, when it comes to brunch, I tend to stick to what I know. While, Pho is not your standard smashed-avo-and-egg kind of place, their Vietnamese omelette offers a nice balance between classic breakfast plates and traditional Vietnamese flavours. The addition of bean sprouts, chicken, chillies and sriracha ketchup added new layers of taste and texture to the dish, elevating the trusty old breakfast omelette into something much more adventurous to this basic bruncher. Worthy of a shout-out too was their brunch rice bowl - a sizeable serving of flavoursome pork belly, soft jasmine rice and crunchy herbs, which were enough to get the tastebuds up and moving even at this early hour of 2pm.

Despite the stomach-clutching and head-shaking, our mouths said yes when the prospect of dessert was dangled before us. Do I regret ordering that final plate of banana fritters (+£6.50)? Not for a second. From the fairground smell of frying batter drifting over to our table, to the moment the final morsels were cleared from the plate, it was easily one of the highlights of the meal. 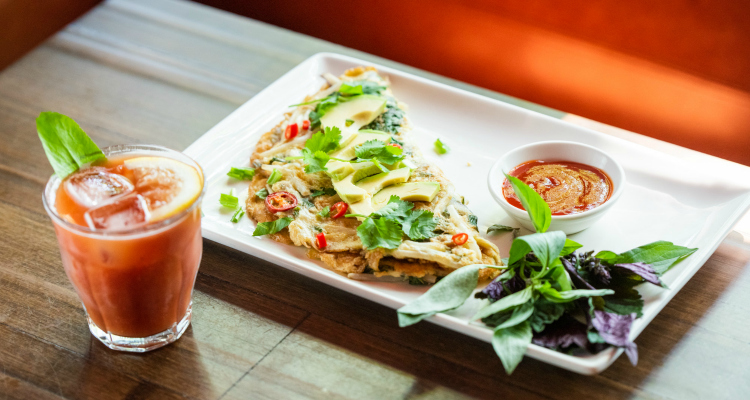 A bottomless brunch of firsts for all involved - my friend’s inaugural effort, and my first without the presence of smashed avocado - our meal at Pho was certainly a novelty. Bringing a refreshing twist to the classic set-up, it still manages to keep up with the monster that is brunch, and at just £25 per head, it’s one of the more reasonable options in the area.