Shoreditch's Passo Might Be Gorgeous But Has It Got The Pasta To Match?

As part of the generation that grew up reading that white carbs should not ever, ever be eaten - and that to do so would cause you to immediately put on three stone, your ankles to balloon and for you to inevitably die alone - I still can’t quite snaffle a plate of pasta without feeling some sort of guilt. But it would seem I am one of the few still harbouring carb-laden remorse, with my fellow Millennials queueing round the block for an epic dish of carbonara. One of the latest spaces to make starch sexy again is Old Street’s Passo, a ‘modern, rustic’ restaurant with some of the city’s trendiest names behind it; I went along to see if they could help me renounce my gluten aversion once and for all. 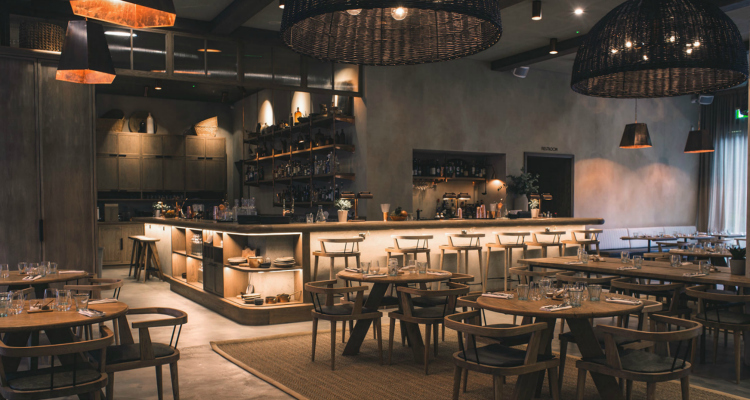 While it’s in a bit of a no man’s land near Old Street, Passo is positively rammed on a Wednesday night, largely with young city types and a few creatives who had wandered past their usual Shoreditch hangouts. Looks are everything in this Instagram age and Passo has them in earthy tone spades; interiors are the work of Alexander Waterworth (the group behind Soho Farmhouse) and mix the LA-Italian concept with polished concrete floors, brown wicker baskets doubling as lamp shades, and an open kitchen framed by brass strips.

Salt Yard alumnus Joe Howley is the man behind the menu, and he's mixed traditional Italian aspects with the concept of du jour: sharing plates. My Italian dining guest looks positively bamboozled at the notion of ordering lots of dishes and splitting them, but dutifully allows me to tuck into her Doppio Ravioli (£8.50); two thin tubes of pasta stuffed with a confit rabbit that’s been soaked in veal jus. My pasta starter is equally as meaty; thick ribbons of saffron yellow parpadelle are coated in a slow-cooked ox cheek (£9), reduced until it's a rich sauce-y ragu. 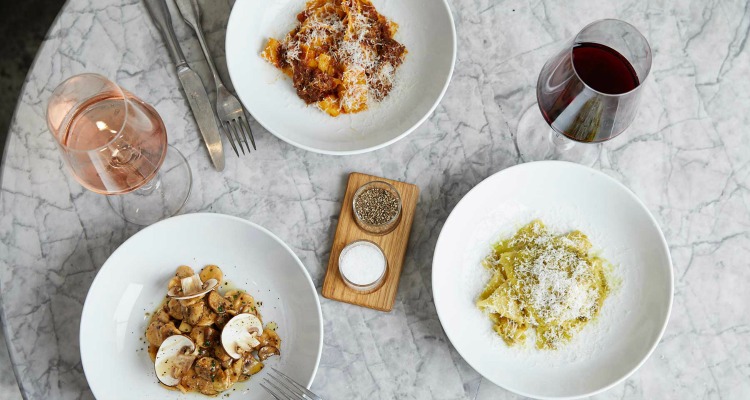 Cold this winter? Let Passo's comforting plates of pasta warm you from the inside out.

After inhaling our pasta, we start work on the choice of smaller dishes, split between ‘Meat & Fish’ and ‘Vegetables’. Chargrilled honey aubergine (£8) may sound mellow, but with a thick chilli paste covering the softly cooked vegetable, is completely overwhelmed by heat. Finger-sized croquettes are filled with lamb (£7) that’s been braised, and fried until the crisp, breadcrumb exterior snaps to give way to soft, tenderly cooked meat. The wine list is largely Italian, with a few Californian options thrown in for good measure. We opt for one of Sardinia’s first organic productions; Renosu Rosso Tenuto Detori (£50), a vegan wine that’s been aged in concrete and steel, still heavy enough to complement our red meat dishes.

Before my evening at Passo, 'modern, rustic' made as much sense as the no carb diet I spent my teenager years attempting to follow. But after three hours of feasting, drinking and debating, I can see how the restaurant has combined the Italian love of food with today's obsession with sexy interiors. While the menu borrows from Italy, England and the US, the pasta dishes are authentic - and affordable - enough to compete with the best this city has to offer.