Pasta In Gigantic Wheels Of Cheese And Pretty Interiors? Gloria Is London's Must Visit Restaurant

I recently paid a visit to Gloria, the restaurant that everyone and their nan has been talking about. You know the one - it has interiors so beautiful you’ll probably cry and it has pasta served from a gigantic wheel of cheese. They won a gong in this year’s DesignMyNight Awards too, and with rumours of a killer Piña Colada, I bit the bullet and finally made a reservation. 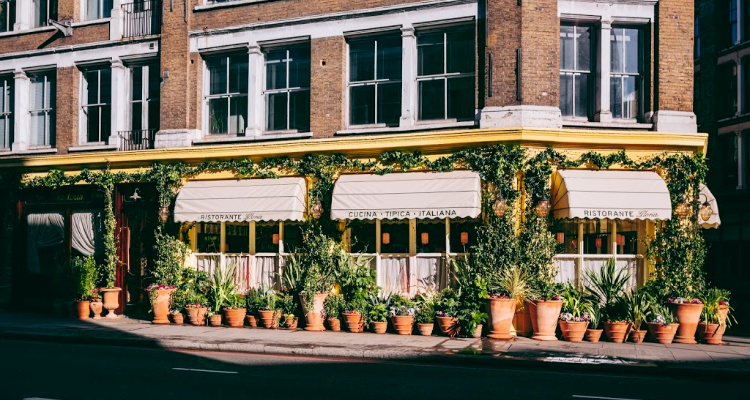 Gloria is an absolute stunner, both on the inside and the out.

I’m one of those weirdos who knows what they’re going to order before their arse touches the seat. Maybe it’s because of my OCD, but for now, let’s put it down to the millenial coinage of being a ‘foodie’. If you want to scan the menu of Gloria you’ll need to hit the translation button on their website - literally everything is in Italian. A nice authentic touch, eh? From breakfast right through to dinner, you’ll be left daydreaming of ‘golden lattes’ and ‘glorious porridge’ long after you leave, but arriving on a Saturday at 2pm, I was here for the lunch menu.

We started things off with the burrata cremosa £12 and the crudo di branzino £8. The burrata came served with a basket of freshly baked bread, with a drizzle of olive oil buffing the fist-sized ball of cheese. The Italian take on the ceviche had a homely touch, featuring uneven chunks of avocado, juicy watermelon and crunchy cucumber that hid fresh slices of seabass in a mini mountain of goodness. Wholesome and comforting, yes, but it unfortunately lacked that zest and zing of Mexican and Peruvian ceviche.

Lapping up the last of the light and creamy centre of the burrata with our crusts, it took less than 10 minutes for our mains to appear - kudos to our attentive servers on the day. Although this place is known for its pasta served from a huge wheel of cheese, our server recommended the house special fresh mafalda £18. Served in a heavy steel pan were mile-long ribbons of pasta. Distinct in flavour thanks to the truffle, it was the mascarpone and button mushroom sauce that tied the dish together. Pushing on with more carbs, the Robert de Nitro £12 was dressed with sweet candied onions, crumbled ricotta di bufala and slices of salame piccante. Advertising itself as spicy, I didn’t feel the sizzling heat that was promised on the menu, but the authentic thin base of the pizza and bubbling crust made up for it. 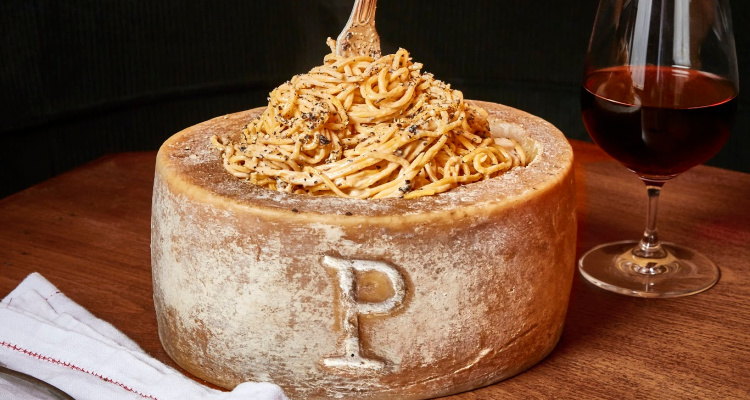 Inevitably, we ended up delaying our departure from Gloria with dessert - you'll find yourself doing the exact same when you visit, and it’s down to the flawless ambience. This new restaurant is pretty beyond compare, with pastel-coloured pinstriped booths, climbing and winding foliage, retro tasseled lamp shades and decorative cushions, while faded postcards of scenic mountains, pretty ceramic plates and religious trinkets mount the walls, giving a dutiful nod to the Big Mama's Italian heritage. Promising to be stuffed with ice-cream instead of cream, ordering the profiterole napoletana £8 was a no-brainer. This giant puff pastry was so much more than just a sweet finish to the meal, it was an experience. A molten pan of dark chocolate was brought out to our table and poured over the dessert, pooling around the crispy pastry like liquid silk. One for the gram? You betcha. 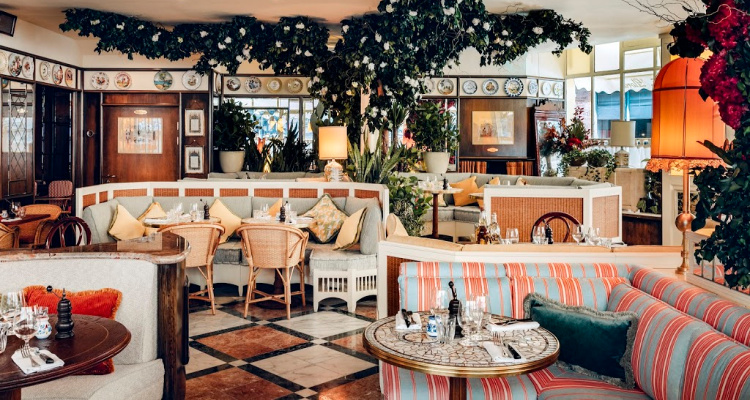 The interiors at the Shoreditch restaurant are a solid 10/10.

Washing our meal down, we had the help from two cocktails. The Colada Me Later £9 was everything it promised to be. Appleton Estate signature blend, Wray & Nephew Jamaican rum, pineapple, mango, popcorn syrup, coconut and almond milk, and a dash of lime juice came presented in funky glassware. In the business of drinking Pina Coladas for the past 15 years (yes, I had my first one when I was 11), I swear it’s one of the best twists I’ve tasted. Not heavy like the original recipe, the almond and coconut milk was a game changer for the texture, with a flaming rum-filled passion fruit plonked on top. And the Espresso Mammartini at £8? It was heavy on the coffee side of things with plenty of booze and bitter notes, making it a smart sip to finish the meal.

The public had their say in this year's DesignMyNight Awards, and although the food wasn't in the category of pure perfection when I visited, I can honestly say that Gloria are more than worthy of their award-winning status. You can sit snug in their booths for hours on end, they have a homely, authentic approach to their food that's simple yet experiential (for the love of food porn, forget your waistline and order the profiteroles), and the ambience is just as relaxing (albeit a hell of a lot prettier) as sitting in your living room. Will I be returning? I've already made my next reservation.