California living invokes images of taut bodies, two-piece gym sets, and a perma tan only achieved when the sun shines more than once a year. If you were going to find a slice of LA dreaming in London, surely your best bet would be Notting Hill, a district where ageing and the consumption of anything with more than 500 calories stops at the tube station. Pomona’s, an all-day eatery based on this sunny stretch of US coast, has been around for just over a year in West London - we went down for a taste of the good life.

Bright and white are the first things that hit me as I enter Pomona’s in Notting Hill. In homage to 1970s Malibu, decor is candy-coloured bright, with yellow, orange, and turquoise chair backs popping against white walls. The restaurant is huge and on the first sunny day of the year, the street-side terrace is decorated with West London residents sipping Spritzes. Things are a bit quieter inside, which is a shame on a Friday evening as the restaurant is so large it feels rather lonely. This is quickly rectified by chirpy and charming waiting staff, who refer to me as ‘darling’ and place freshly whipped cocktails into my hand. 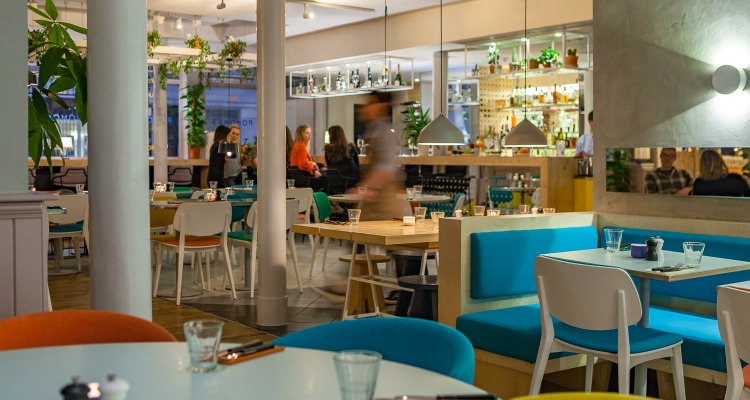 California cool: Pomona's is brightening up Notting Hill with their poppy decor.

Pomona’s may have been knocking around for just more than a year now, but there’s a fresh buzz about the place in the form of Wolfe Conyngham. Having run his own eponymous restaurant in West London, the chef has now taken over the kitchen here to add a touch of fine-dining finesse to the healthy menu. It’s not very Californian but it is utterly delicious, with rich meat dishes paired with uncooked and crisp greens. We kicked off with soft shell crab (£6) which came fried whole - crispy outside and all - with a generous portion of guacamole. Crisp Duck (£6) was a similar concept as rich, slow-cooked, juicy, plum-sauce smothered meat was lightened by the crunchy cucumber tube it was placed on.

Salads come under the ‘Healthy and Light’ section, but you’re better just getting one with your main. Try the butternut squash and kale plate (£12), which mixed soft squash with a tangy cottage cheese and flaked almonds, or similarly as tasty was the Middle Eastern inspired dish (£12), with quinoa, pomegranate and labneh.

It’s in the ‘Wood & Charcoal’ section that Conyngham really comes into his own, with a short list of British meat and fish. Welsh lamb rump (£15) was the favourite by far as four cutlets were served with a blend of garden peas and mint, topped by a tangy goat curd. Cocktails are also billed as healthier - something I will completely use to justify drinking multiple - and were twisted versions of old classics. Blackberry Cosmopolitan was a short glass of gin, orange, lemon and blackberries, all freshly mixed, avoiding that overly sugary taste that comes from plonking in carton juice. 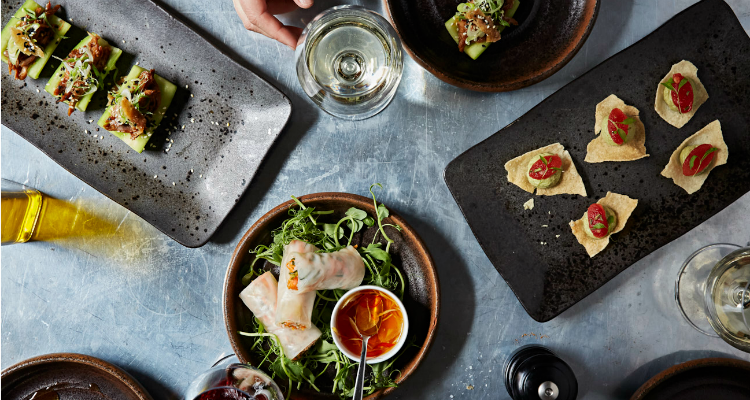 Chef Wolfe Conyngham has created a fine-dining menu that stays light and healthy.

Pomona's is the pretty girl at school; you want to hate her good looks and easy charm, but inevitable (and rightly so), she wins you over. From the perky decor to the really tasty plates, the spot is perfect for an evening bite, which is full of flavour but won't leave you wanting to undo the top button.