I Took My Boyfriend To A F*cking Fabulous Bottomless Brunch

You’ve probably seen The Skinny Kitchen on your Instagram feeds. A haven for food bloggers and influencers alike, the bar and restaurant is made up of neon signage, plush seating and plates that are (as the name suggests) health-focused. Every weekend, the Islington haunt hosts a ‘F*cking Fabulous’ brunch, complete with an Ibiza soundtrack, live singers and performers - absolute gold for Insta stories. When a girl friend of mine suddenly couldn't come with me to experience this event, I thought I’d bring my boyfriend instead to see how he would fare. 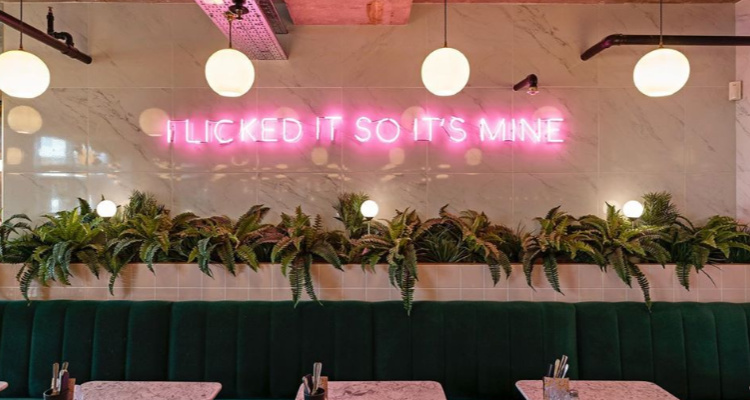 We delved into the Skinny Kitchen's F*ckin Fabulous Brunch.

From the moment we stepped into the pink paradise, the party was in full swing. The prosecco was a’pouring and the energy was palpable as large clusters of girls were scattered around the venue (I counted 4 guys in the venue that weren’t staff) documenting their boozy brunch sessions.

A live saxophonist started chiming over the DJ, a bongo player appeared from nowhere and before we knew it, the vocalist had stepped up to belt out hits like ‘I Need A Miracle.’ At this point, I could see the boyf reaching over to neck his drink... and I realised it probably would’ve been best to call on another girl to come with.

There was food though, and plenty to keep us both satisfied. I kicked off with a twist on the classic avo on toast. The SK version features a beetroot hummus that adds a touch of earthiness which contrasted to the toasted sesame seeds and fresh lime. I followed this up with the vegan burger with the classic toppings of red onion, avocado, coconut cheese, relish and vegan mayo all stuffed into one gorgeously soft bun with skin-on fries (£25 for two courses and unlimited bubbles). While some may not mind glancing at the calories on their menu, I chose to avoid having a look. 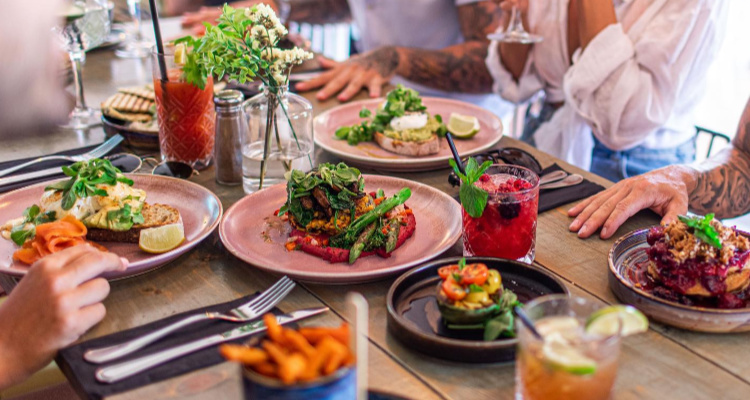 The food was health-focused but full of flavour.

With the free-flowing prosecco making its way into my bloodstream, I decided to get some cauliflower wings with chipotle sauce (£3.50), which was a lovely addition with its spicy kick. I could also see my partner had enjoyed his eggs with bacon on sourdough and stacked burger, which was reassuring. After losing count of how many glasses we had ingested (they top them up every time you take a sip), we headed out with full bellies.

The Skinny Kitchen is the ultimate ladies day out, with free-flowing drinks, a fun vibe and tasty food against an Ibiza-meets-Islington backdrop. While my partner wasn't so keen, I’ll definitely be bringing my girl friends back next time for a prosecco-fuelled powwow.

Junior Editor at DesignMyNight. Often seen wandering the streets of London in search of vegan eats and good music.