Home to Stamford Bridge and The Slug, Fulham also offers West Londoners a Whole Foods and some pretty nice gastropubs. Nestled in between a William Hill and Holland & Barrett is the newest addition to the high street - an independent restaurant bar called Stagolee’s, serving up authentic American food and cocktails. Being fans of fried chicken (and cocktails, obviously), we headed down on a Friday night to try it out.

Going through red phone-box doors that almost acted as an illusion by hiding the interiors within, we made our way into an American restaurant with cool rhythm and a blues soundtrack. The walls were covered in sepia photographs of musicians and singers from way back, while a mix of high tables, bar stools, wooden tables and benches were accommodating a young family, a couple of date nights and some friends catching up on the week gone by. In true American style the staff were happy and helpful, as we were shown to our seat by waiter Lee. 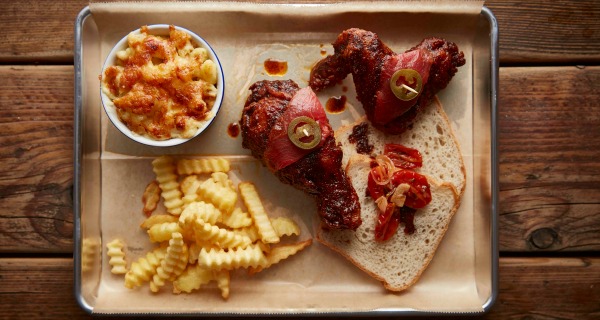 Upping the ante when it comes to American food in London is Stagolee's.

The drinks menu has something for everyone, next to the craft beer (all American brewed of course) and a good wine list, the cocktail menu offers a twist on all the classics, and their Bourbon collection would excite any whiskey fan. We both started with ‘Ashley’s Hip’, a bourbon based cocktail. The whiskey packed a punch, but the sweet elderflower notes from the St Germain was a perfect match for it. Our waiter Lee said that we had to start with the spinach and cheese dip, and ‘dip’ was quite the understatement. What came out was a big pot of silky, creamy spinach, with crunchy artichoke covered in melted cheese. The perfect accompaniment to the thin and crispy tortilla chips alongside, it was a definite highlight for us and a complete must have on your visit.

The next cocktails ordered were two ‘Mountain ‘Ritas’ – their version of a margarita, with a little added moonshine. They have a few to choose from but I’m a sucker for strawberry, and my boyfriend went peach. Again, the cocktails were heavy on the liquor, but fruity with flavour and refreshing with the lime.

For around £10 you can have two pieces of chicken or a piece of fish, alongside a choice of two sides and a piece of cornbread. By London standards Stagolee’s offer you plenty of bite for your buck as the portions remain true to their heritage – they are big. We shared both trays of food, one chicken and one fish. Let me state that this was the best fried chicken we've ever eaten; crispy and warming, and the meat juicy and succulent, it was perfectly seasoned and so moreish. The fish was cooked just right too, lightly fried, flakey and full of flavour -  a good option for any pescatarians out there looking for a meaty meal.

The crinkle cut fries, mac and cheese and the fluffy, baked sweet potato were perfect sides to the meal, also helping to soak up the liquor too. The cornbread was a first for me, a generous cube of sweet cake, it was something different and probably not to everyone’s taste, but the denseness of the texture and sweetness helped balance the saltier elements on the tray. 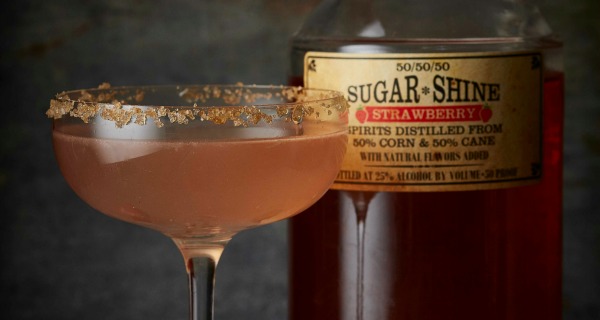 In most London boroughs you can find an American style restaurant offering you burgers, ribs and chicken, but for me, nothing has come close to Stagolee’s. Alongside tasty cocktails and a unique food menu, the Stagolee’s offering of authentic Southern hospitality makes it a true London destination, not just a local's high street hot spot. In their words Stagolee’s is a 'hot chicken and liquor joint', in mine, Stagolee’s is the most authentic and true American food experience I've had this side of the Atlantic.