The accusations, the bickering, the board flying across the room (I'm naming no names... Dad). Playing board games with family or friends can get pretty intense. So, when I found out that London boasted Monopoly Lifesized, an on-your-feet version of the best-loved game, I grabbed my parents and brother to see what it was all about. 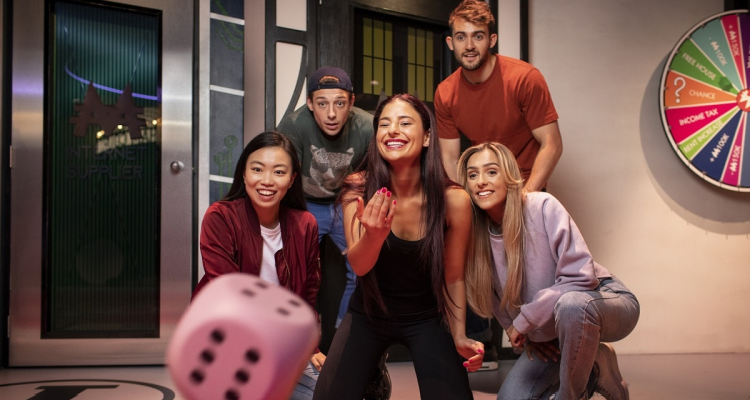 First things first, we had to get game ready before hopping on the City board, so lined up to get our team photo. The result? Comical. We were then guided into a small room where we met Mr Monopoly, the opposing teams and our real-life token (who was very amusing). On top of that, we also were given £1.5 million pounds and all the information we needed. Including how each round alternated, with a 'strategy turn' - a Chance Card, where you can build properties or play a game from the Community Chest, which could win us cash. Followed by a roll of the die - an opportunity to bag a property. So, after getting geared up, we made our way upstairs and it all began...

Our first move? We landed on 'Just Visiting', which involved completing a higher or lower-style mini-game - which resulted in us winning £100,000. Then we took part in a quirky 'spot the difference' activity from the chest, where we had to work together to win cash. Although we weren't very lucky when it came to landing on properties (which hadn't already been bought), we did eventually set foot on The Strand. We then had the chance to showcase our moves on an arcade dance machine in the challenge room, unfortunately, my brother and I didn't make the cut. So, after doing the walk of shame and having a little banter with our fellow lifesized token, we were back to the grind doing algebraic-style drills or balancing building blocks. It's harder than it looks. 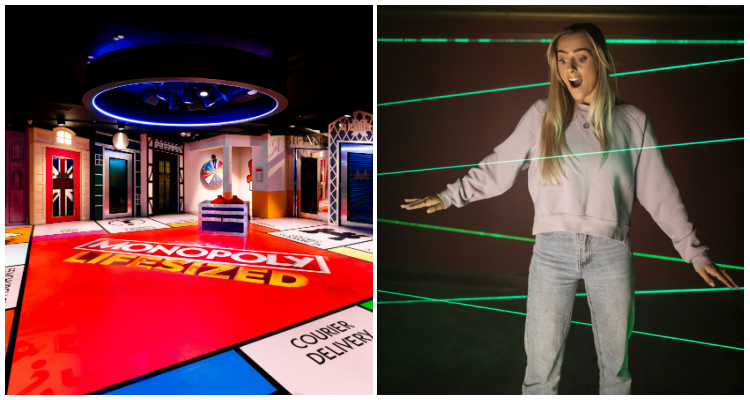 You'll need to work together to complete the Monopoly Lifesized challenges.

By this point, we were three-quarters of the way around the board and weren't landing on any unowned spots, but, we did play quite a few challenge rooms for some money. Such as stacking bears on toy shelves on Regent Street and memorising timetables at a train station. Our last chance? Bidding. With only a couple of properties left, the last round was dedicated to buying those free spots. This didn't go too well and was outbid on each and every unowned location - meaning we came away with zilch. Although we didn't win, at least we didn't end up behind bars. So, we took our hungry (and defeated) selves for some post-game food at the Top Hat Bar & Restaurant.

Located on the ground floor, this Monopoly-themed joint was a fun addition to the day. Think wallpaper adorned with playing pieces, quirky gold lampshades and a matching bar. After sitting down in a cosy booth, we started our meal off with a few cocktails. Our favourites? A vodka-laced Trafalgar Square (£13), made up of sweet lychee liqueur, rose water and lemon, which had a lovely mix of subtle flavours. Followed by a Coventry Street (£13), a helios sunrise daiquiri touting flavours of rum and apricot jam - a nice spin on the popular concoction. 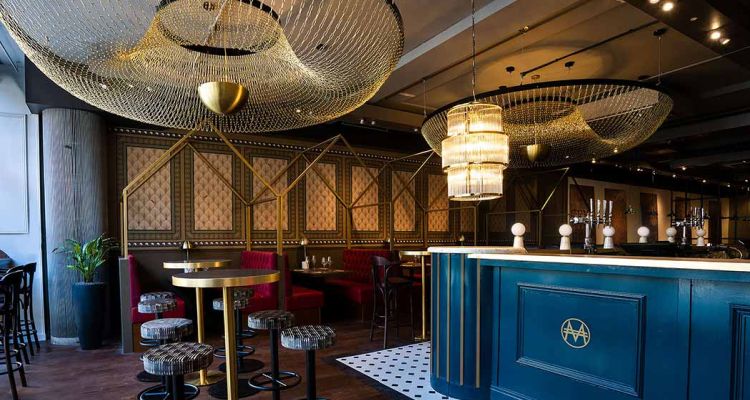 The perfect stop-off for Monopoly fanatics.

Next up, we delved into some signature starters. Such as the prawns pil pil (£9.50), with a garlic 'n' chilli sauce and fresh sourdough for dipping. These had a fragrant flavour, but were shell-on, making them quite messy. Followed by crispy calamari (£8.50), which was well seasoned, although it just lacked a little crunch for me. After quaffing a few more fun drinks, we moved on to mains. My brother and dad sunk their teeth into 8oz sirloin steaks (£25 each), which were cooked to the desired medium rare and served alongside a peppercorn sauce. I chose the chicken burger (£16), fronting a nice charred flavour, alongside plenty of coleslaw to keep it moist. This was also accompanied by sweet potato fries, which didn't work for me, as it needed something more savoury. 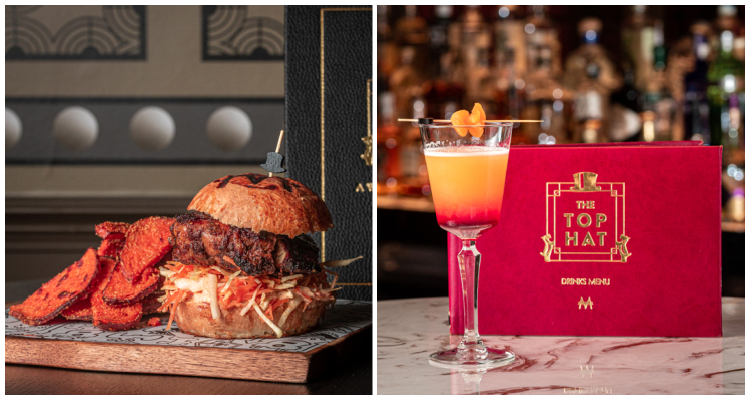 Expect each cocktail to be served with a top hat cocktail stick.

Last, but certainly not least, the desserts. We enjoyed an Eton mess (£7.50), made up of crunchy meringue, cream and seasonal fruits - a really refreshing finish to the meal. We also opted for Mr Monopoly's Millionaire Cheesecake (£7), an indulgent pud, boasting an edible £500 note and a sprinkle of gold glitter. This was definitely the star of the show in terms of presentation.

I enjoyed Monopoly Lifesized as it was a great way to get the family together and do something a little out of the box. However, from a price perspective, I thought that the tickets and food at the Top Hat Bar & Restaurant were expensive compared to other experiences on the market. Although, I would recommend it to those of you who are avid fans or board game enthusiasts.