Californian Cool Meets Historic Courthouse: We Spent A Night At The Dixon

There was a time when dining in a hotel was defined by an abundance of greyish sausages and tubes of semi-crushed cornflakes at the all-you-can-eat breakfast buffet. In 2019, however, they’re the hottest spots in the city, from The Goring’s first new restaurant in 100 years through to Nobu Shoreditch which combines rooms with an ultra modern downstairs eatery. Provisioners, the stylish space in The Autograph Collections’ The Dixon, is adding to this new trend; we went down to see if it’s got what it takes to standalone. 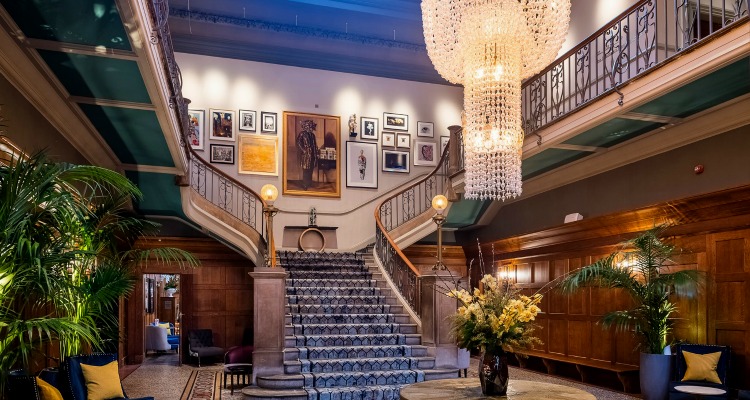 Once a courthouse, now one of London's grandest hotel receptions: The Dixon.

Part of the Marriott Hotel Group, The Autograph Collection is the smarter, boutique arm of the business, taking old buildings and transforming them into chic, stays that are pretty enough to justify you never leaving the room. Named after its architect, The Dixon in London is no exception; formerly Tower Bridge Magistrates Court, the imposing structure has shaken the shackles of its previous life, to combine history with opulent modern touches. A titanic chandelier dangles across two storeys in the reception, at the back of which a grand staircase leads up to a balcony filled with poppy paintings.

We start our night in The Courtroom Bar, an area that was once used to hand out sentences to petty criminals, the portraits of whom now survey the smart couples sitting across the two levels. At the very top of the room, the old judge’s bench has been refashioned into a bar, which serves original and inventive cocktails, including the likes of Impressionist (£12.50) - a short mix of chilli and turmeric infused vodka, tequila, Cocchi Rosa, grapefruit and tonic for a punchier take on a margarita. 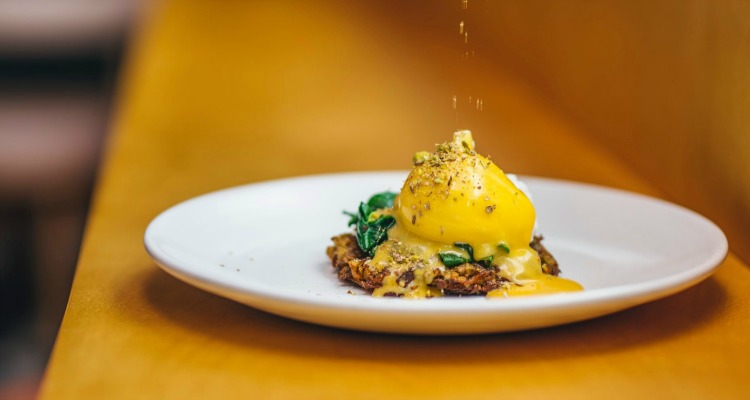 Along with a British dinner menu, Provisioners are purveyors of brunch.

Food is served in Provisioners, and following the wooden-clad hallway down, we’re given no indication that things would be any different. But they are; from the candy coloured-striped ceiling through to the white-tiled walls with bursts of sunshine yellow panels, the restaurant is more LA and Instagram than old courthouse. We sit on crushed velvet seats surrounded by palms, largely unheard with couples scattered across the huge room. It’s easy to see Provisioners as a breakfast space, what with the coffee counter and bright interiors, but it transcends to suave date night spot with lowered lighting and a seasonal smart menu of largely British dishes.

Plates are as colourful as the interiors; my goats cheese starter (£7.50), which is deep fried in breadcrumbs, sits atop a mound of roasted root veg, with beetroot, mushrooms and parsnips delicate enough not to detract from the cheese. A main of herb-crusted lamb (£28) is the real scene stealer from the three pink garlicky chops through to yellow curried cauliflower and an ivy green kale that’s been fried to a crisp. 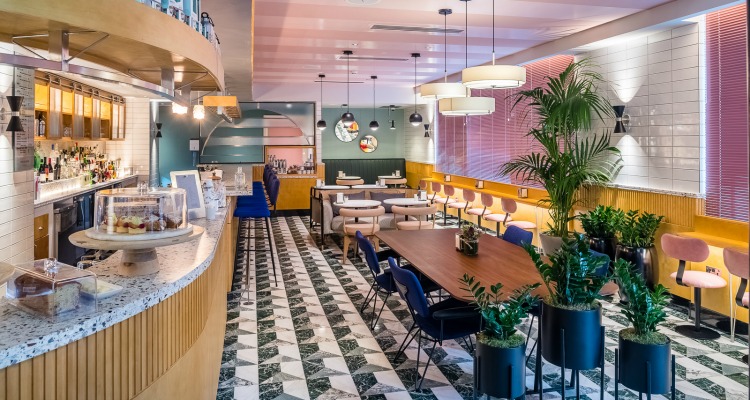 A slice of Californian sunshine; Clive Watson's touch can be seen in The Provisioners.

A night at The Dixon is a journey through design and style, from the turn-of-the-century grandeur seen in the reception through to the Millennial pink of Provisioners. The redevelopment of a historic London building has been done with taste and consideration, and while the restaurant is a pocket of Californian sunshine, it’s gorgeous enough to excuse the change in theme. Food is on the pricier end, but when interiors are this pretty get snapping and you'll soon make your millions as an influencer.