When it comes to brunching, I’m a girl who knows her stuff. I’ve been around the block with pre-4pm boozing, whether that be downing Aperol spritzes in a karaoke room or knocking back cava as a Tina Turner-impersonator calls out bingo numbers. And while there’s a never-ending line-up of drag queen-led mornings and musical-themed afternoons, most London brunches aren’t too fussed about the food. It’s not bad but it’s not fine dining, unless of course you’re talking about Eneko Basque Kitchen & Bar - the English brainchild of three Michelin-starred Eneko Atxa. 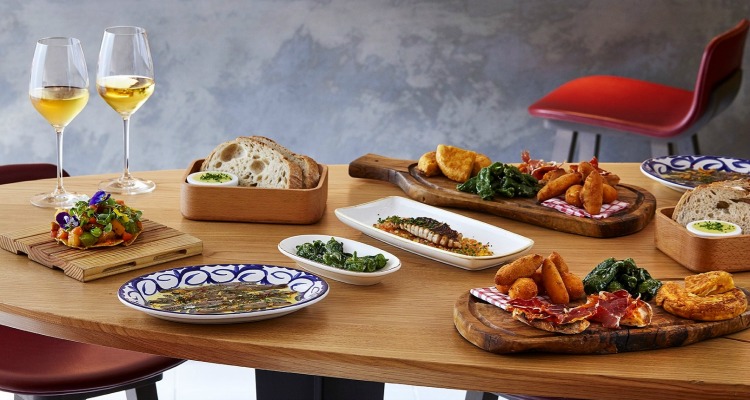 Eneko's bottomless brunch is made for sharing - no easy feat when the food is this good.

Worryingly close to the lost looking crowds of Covent Garden, Eneko funnels into a pool of tranquility as One Aldwych’s basement is cathedral-like in its stillness. Despite its subterranean position, the restaurant is submerged in light from the upstairs, with the silo-styled chamber only interrupted by the floating staircase. Most diners are sat in the red booths that circle the pipe-shaped dining room, with the large central table-filled occupied by a boujee Spanish family. It’s this sense of community that the UK version hopes to bring to dining; yes, it’s fancy as hell, but it’s not going to shoot sideways glances at kids.

To say Eneko in Covent Garden is casual, is a bit like saying that the queen is just a down to earth kinda hun. But Eneko is not comparing itself to the rest of London, rather its older Basque sister, Azurmendi - frequently listed as one of the best restaurants in the world. It’s not my first rodeo here, but since I gorged two years ago, the brunch menu has had another revamp, with a further emphasis on sharing plates. Simple ingredients are given the Pro treatment; eggs to me, mean scrambled with a dollop of cream if I've been watching MasterChef, but to Eneko, they equate to eggs tempura (£12) - rich, buttery yolks that burst against a chiffon-light batter, with blobs of puree, that packed in more flavour than a truffle farmer’s coat pocket. 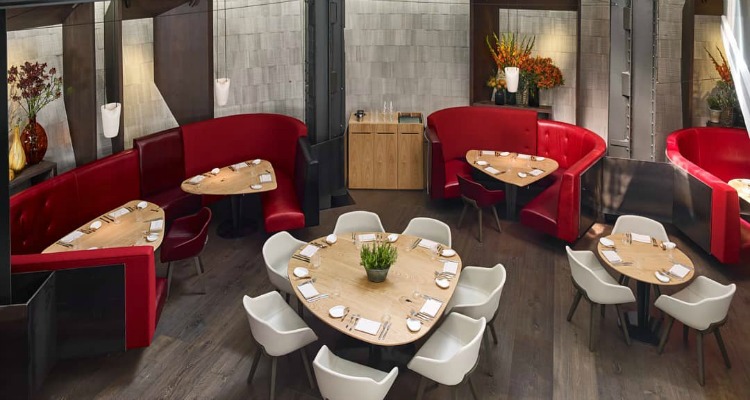 The silo-shaped basement bathes in light from upstairs.

If you’re questioning why anything under the innocuous heading ‘bread’ should cost £20, you wouldn’t be blamed, but then this is Michelin-starred bread, crystal infused and groaning under the weight of slithers of Iberico ham, Idiazabal cheese and mushrooms. For something a little lighter, the confit cod (£20) arrived on the same crisp base, with a medley of perfectly cubed vegetables and an acidic vinaigrette. The real scene stealer - and signpost that we're amongst exceptional talent - is the Txuleta (£52), a 28-day-aged rib of beef smoked over the tiny grill that billowed onto our table. If you’re spending all this money, you might as well make it an occasion and try the brand’s own wine; G22 by Gorka Izzagirre (£26.50 for a 375ml carafe), a heavier white that’s been aged in oak barrels.

Give me a paintbrush and I would run for the nearest colour-by-numbers, but give Picasso the same instrument and you’ve got art. The same can be said for Eneko Axta’s Covent Garden restaurant when it comes to brunch, with a menu that elevates a basic meal to pure mastery. Save up your pennies and come pay homage to bread that's beautiful enough to hang on wall and steak that should be honoured in a museum.