Long before you could glug grog on a historical pirate ship and far preceding any Peaky Blinders-inspired ‘feasts’, Le Petit Chef travelled the world far and wide, both literally and figuratively. An immersive dining experience that used projectors, the little man’s show went from Dubai, to Korea and over to London, while diners in each of those respective cities hopped across the four corners of the world via interactive tables and paired dishes. It’s time for the chef to hang up his whites as the founders bring their latest show to the UK, and this time we’re off on a journey to the Kingdom of Hoshena. 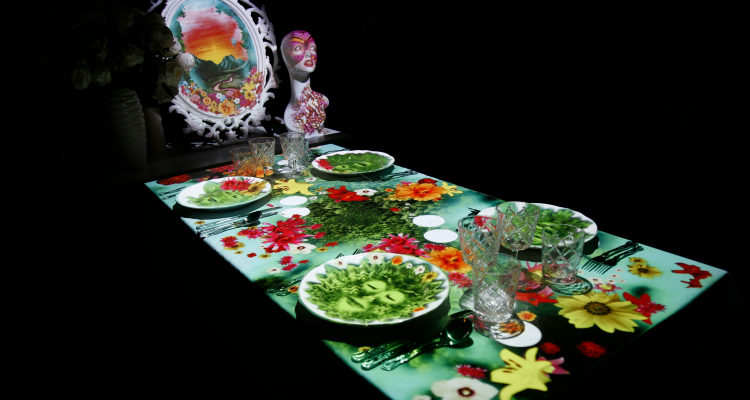 Using projectors and what might be actual magic, Banquet of Hoshena takes you on a journey through five emotions.

Our first task on our journey to the kingdom is locating its base in the sprawl of Westfields Shepherd’s Bush, and after several pointers, we finally find the glass doors. Inside, there’s another layer of thick curtains to get through before the unveiling of a sparse, large room, filled with several sets of wooden tables and chairs, all next to a white podium supporting a mannequin's head. The reason for the lack of decor soon becomes evident as the lights are dipped and a projection flickers across the mannequin, to make it look as though her lips are moving - and so she begins her tale.

Without giving away all the secrets, the head belongs to the Queen of Hoshena, ruler of a once happy land that has lost its king and now is on a quest to get him back. Over the course of five dishes and five drinks, the story unfolds with help from four talking heads that hummed and hawed monotonously as they appeared sporadically on the plates in front of us. Each dish has been designed to match an emotion felt when the king went missing, starting with a prophecy - found  by opening a small velvet pouch which hid a curried macaron, matched with a sweet, sharp raspberry cocktail. 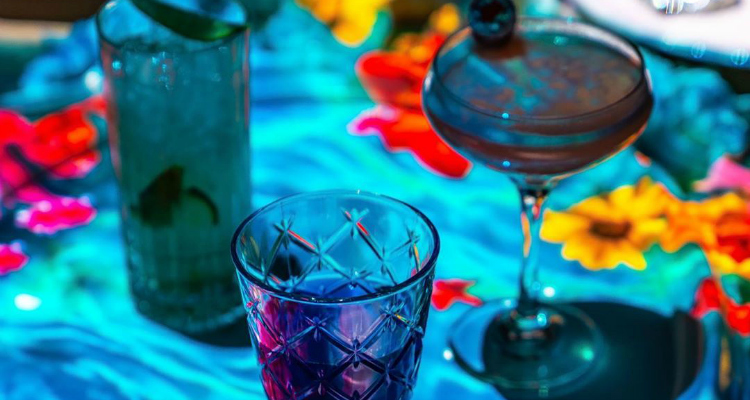 Five courses are paired with five drinks at this hearty immersive dining experience.

The production doesn’t limit itself to the use of projections, there’s some really clever theatrics in the way the food is served; a floating dish carries autumnal mushroom croquettes, and ‘the fog of fear’ billows from the bread basket. Details are planned down to the last pipette-holding cocktail (supposedly filled with tears which we squeeze into the glass), and food can be played with, including customising a charcoal-bun encased chicken burger with varying levels of chilli dependent on how 'angry' you're feeling.

One of the first to kick off the immersive dining thing, the Dinner Time Story team in collaboration with Studio McGuire behind The Banquet of Hoshena know how to put on a show, despite the poor location choice. While some of the dishes don’t quite land (lentil soup, here’s looking at you), interactive cocktails and hefty mains such as a salmon with polenta make up for it, as do the multitude of cocktails.

The Banquet of Hoshena Costs £85 per person, with drinks packages starting at an additional £13pp. Find it at The Atrium, Westfield Shopping Centre, Ariel Way, White City, London, W12 7GF.