You might think travelling from Enfield to Hammersmith for a pub dinner is ludicrous, but with a passion for discovering pubs as intense as mine, no distance is too far. What with it being Father’s Day weekend, I thought I’d take along the geezer that ignited this passion, my own dad, to try out the recently refurbished Hammersmith Ram.

The Hammersmith Ram is a stone’s throw away from the station, sitting pretty on King Street. The Saturday we headed down was a sunny one, and bi-fold doors welcomed us into an airy, open plan space. Colourful and undoubtedly cool, I like the way it juxtaposes traditional pub chic of chesterfield sofas, patterned upholstery chairs and a grand open fire, with modern touches such as a David Bowie mural and band posters. There’s also a hidden patio out back, which was actually too hot to enjoy the day we visited; instead, we settled into an armchair next to the Burger Shack, encased in corrugated metal and covered in bold colours.

The Ram often plays host to folk nights during the week, but we headed down for a relatively early 4pm Saturday dinner. The pub wasn’t busy when we arrived though it had a friendly buzz, soon filling up with older folks, couples and twenty-somethings enjoying food and drinks. 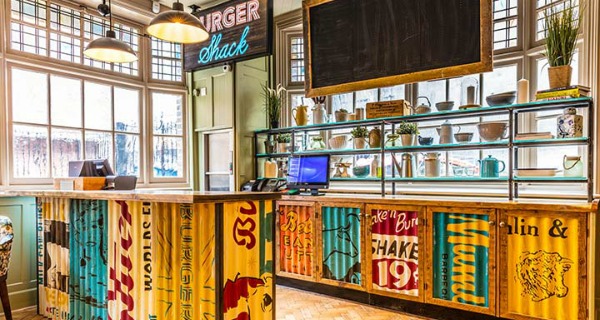 The addition of the funky Burger Shack gives this gastropub a cool edge.

Both my dad and I are partial to a craft beer, so I went for a budding favorite of mine, Beavertown Neck Oil IPA (£5.55), which has a refreshing and light taste with fruity notes. The other choice was a Meantime London lager (£5.40), which was a smooth and crisp craft.

To start, we kicked things off with curly fries, pulled pork, avocado, sour cream (£9) and fried buttermilk wings, kickass hot sauce, blue cheese dip, celery (£8). A heads up, these guys don't skimp on portion sizes, which is absolutely fine in my book. The fries were moreish with the creamy avocado pairing well with the kick from the pulled pork. For me the buttermilk wings weren't overly meaty, and the sauce lacked enough heat for my liking, though the creamy blue cheese dip was the ultimate saviour here.

With the recent addition of a Burger Shack menu, I thought it would be rude not to try the chilli pulled pork beef burger (£16) with curly fries. In true street food-style this came encased in paper, and the patty was topped with ale onions, cheese and chilli pulled pork, juicy gherkins and mayo. This was everything you want in a pub burger; large and in charge and flavoursome with every bite, it’s the best I’ve had in a fair while. My dad opted for the Young's ale battered cod and chips (£13) accompanied by mushy peas and tartare sauce. This dish was equally as satisfying, with fresh flaky fish on a bed of chunky chips. 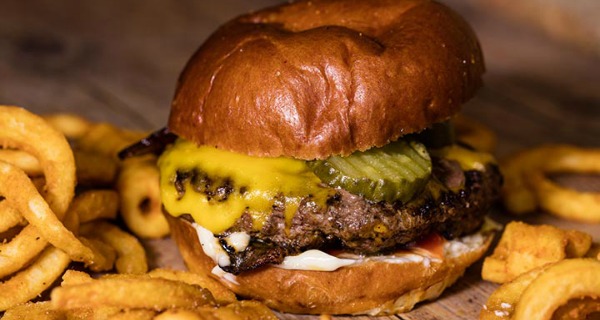 Big and delicious burgers? You’ll find these and moorish curly fries on their shack menu.

If you find yourself down these neck of the woods anytime soon (or even if you don’t) be sure to pay The Hammersmith Ram a visit. The friendly staff, burger shack and large craft selection make it an ideal place to pop in for a pint or chow down on tasty comfort food. In my opinion? Pretty much everything you'd want from a great pub.