When it comes to my knowledge of the city's hotels, I could tell you all about the brunches, the bars and the boujie nightclubs within… but the rooms? Not so much. Growing up in London, I’ve not really been one for a staycation. Until now. Heading west before ‘social distancing’ and ‘lockdown’ were a thing, I checked into The Pilgrm. Now this is the type of place I could self-isolate in. 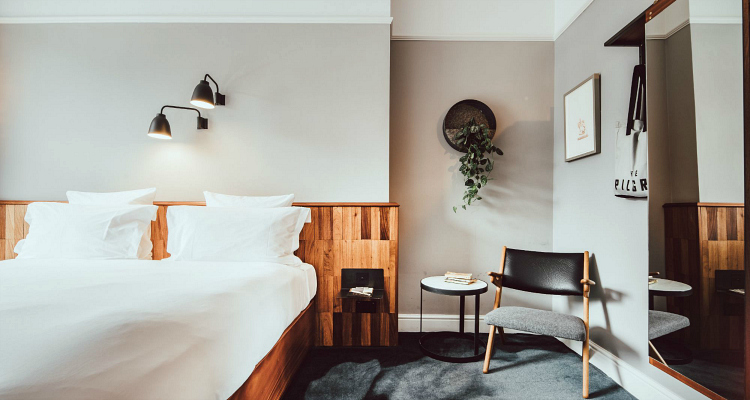 Emitting East London vibes from the centre of Paddington, The Pilgrm lies just seconds from the busy train station. But it’s unlike the hotels that you’d expect of the area. Upon entry, we were greeted by bare-brick walls, wooden panelling and a dainty cafe operated by Bethnal Green’s Workshop Coffee where tourists were joined by laptop-toting freelancers.

In the Victorian building, compact rooms start from ‘bunk’ and end at ‘large.’ Our stay included a night in the latter, where plush furniture and an Insta-worthy tiled bathroom provided the perfect backdrop for sun dappling through giant windows. Our room was an extension of the high-class hipster vibes running through the hotel; ditching the spa treatments and polished interiors in favour of low-key luxury from Marshall speakers to wall-mounted plants and cast iron bedside tables. 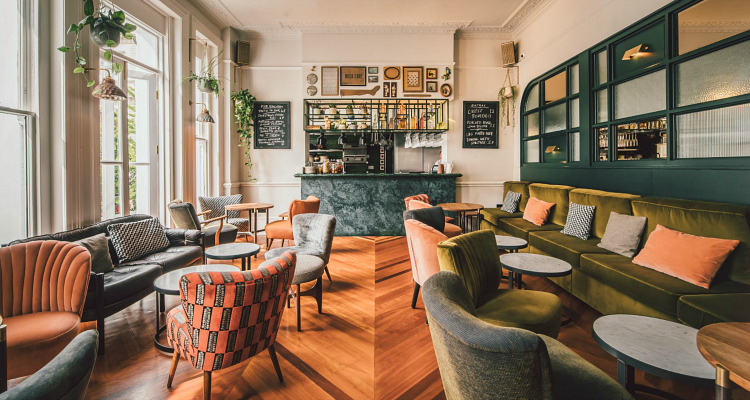 Cosy seating and an open-kitchen feature at The Lounge.

Proving to be a great weekend base, our Paddington pad was within walking distance of just about everywhere. Only a short stroll from the basin where barges-turned-boat-restaurants met cocktail bars and alfresco ping pong, with Portobello Road 15 minutes further. And after evening aperitifs in the hotel’s bar area? Dinner out in the West End which is a mere 20 minutes away. But if you’re after a real staycation? There’s dinner and drinks at The Lounge for that.

While views of the surrounding buildings and iconic station seemed like a good idea, early morning noise and tannoy announcements weren’t quite the alarm we had in mind. Being far from a morning person, there was only one thing to sort me out: brunch. My partner filled up on the cooked breakfast (£10.50), laden with all the usual suspects, while my tastebuds took me to burrata, wild mushrooms and chorizo on toast (£11). With a bloody mary (£9) and whiskey & peach (£8) in tow, this was the wake-up call that we needed. 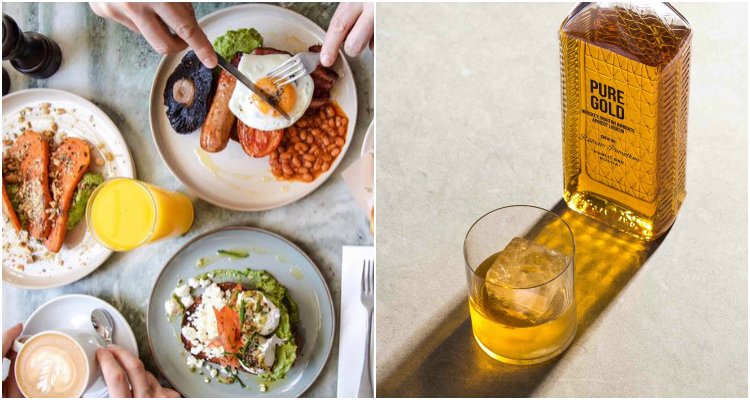 From breakfast and brunch to dinner and drinks, there's quite the spread here.

Berlin meets Brooklyn in an unassuming space here. If you’re after a hotel in the city centre that provides all the perks of being in West London, but with ultra-cool finishes, then The Pilgrm should be on your list. My only qualm would be that old-school single glazed windows really did make us feel like we were in the city that never sleeps. But with a gorgeous restaurant making up for that with coffee, cocktails and a kick-ass breakfast, I’ll happily let that one slide.

If you the look of like this, then check out our pick of the best hotels for brunch in London.

We Asked London Bars, Pubs And Restaurants What Life After Lockdown Looks Like For Them