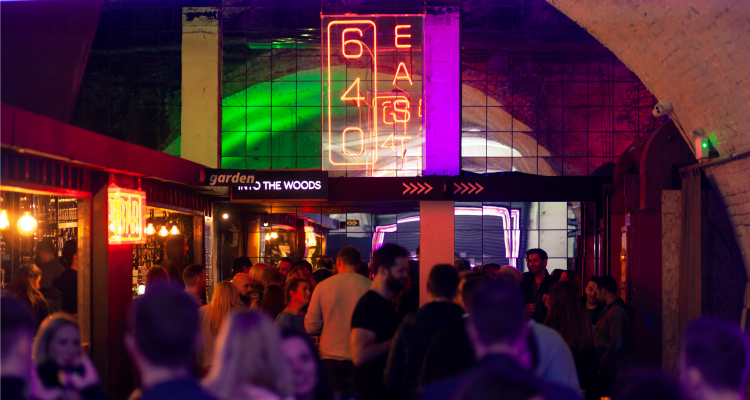 Bethnal Green's got another cool new hangout, and this time it's a triple threat.

Bethnal Green's coolest renovated railway arch? You can forget Paradise Row because there's a new kid in town and it's all sorts of gorgeous. Taking over six Victorian arches at the bottom of Bethnal Green Gardens, The Arches is a set of three bars that's sporting craft beer, Champagne and coffee. Formerly a car wash, 640East has taken over a third of the space, creating a neon-filled den of Caravan-roasted coffee and coworking during the day, and transforming into a date-spot of cocktails and bubbles at night. 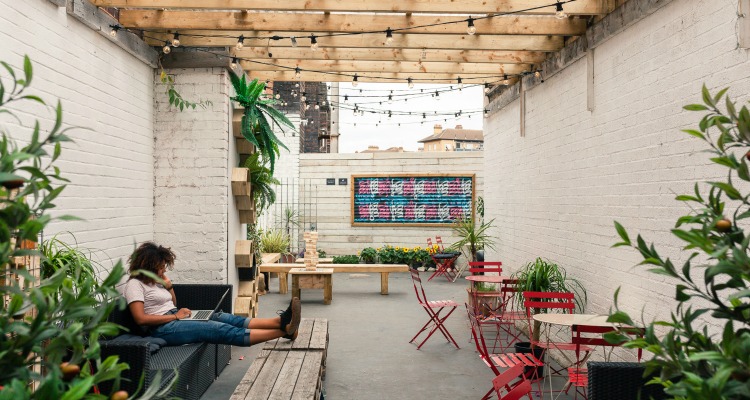 Tucked away in the back, there's a covered beer garden that's perfect for freelancing.

Craft beer lovers will also have a new mecca; The Taproom by Bethnal Green is an industrial hub showcasing some of East London's best breweries (including One Mile End and Crate) across 24 taps. Food will be provided by a roster of street food pop-ups and kitchen takeovers, while every Wednesday, The Taproom is hosting a pub quiz. And if you've had enough of the fairy-light filled interiors, there's a secret beer garden to hang out in. The final third of The Arches comes under Drop Yard's umbrella, a private hire organisation that's suitable for everything from birthday dinners to yoga classes.

The Arches can be found at 157 - 162 Malcolm Place, Bethnal Green, London E2 OEU. 640East is open daily (Wednesday - Sunday for evenings), and The Taproom by Bethnal Green is open seven nights a week.