Would One Of London's Most Popular Rooftop Bars Live Up To Expectations? We Reveal All

Since Sabine Rooftop Bar threw open its doors in mid-2021, it's quickly risen through the ranks to become one of the most popular spots in London. Why? Well, that view of St Paul's for a start. But, the success story doesn't stop there... Totally unique cocktails and a range of small plates, inspired by cuisine from across the globe, have also proved a hit. So, we went along to see what all the fuss is about. 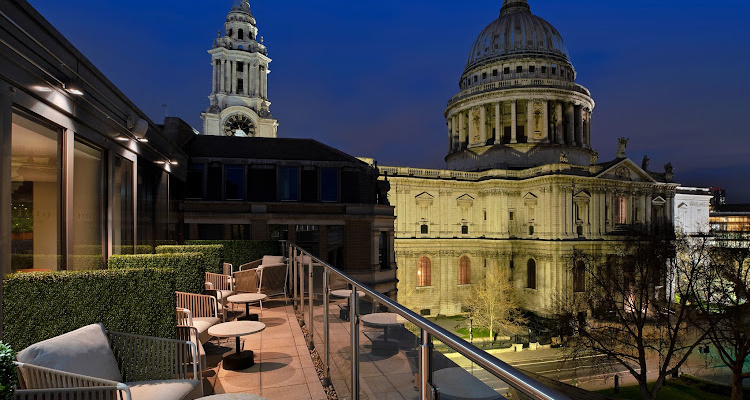 Perched atop Leonardo Royal London, Sabine Rooftop Bar has a sunny terrace (open in the summer months) and floor-to-ceiling windows to let you drink it all in, while its interiors boast pretty botanical touches, walls of foliage, fairy lights and trees dotted between tables. It's fair to say, this is a beauty. A lit up central bar and a playlist of electronic music or party anthems, from Mall Grab to David Guetta's remix of Love Tonight, completed the fun, yet chilled out, atmosphere.

Food here comes in the form of seasonal small plates, which was what got me really excited about my visit. First up was butternut and sage arancini (£8) on a bed of spiced pumpkin puree, which had lovely warming notes of cumin, only adding to the comforting nature of this Italian classic. Things were off to a good start. The tender Shiraz-braised short ribs (£9), accompanied by super light focaccia for dunking in its rich gravy, continued this trend. A scattering of crispy shallots made for a welcome addition, while the celeriac remoulade, although delicious, overpowered the meat with lashings of mustard and could do with a tweak. 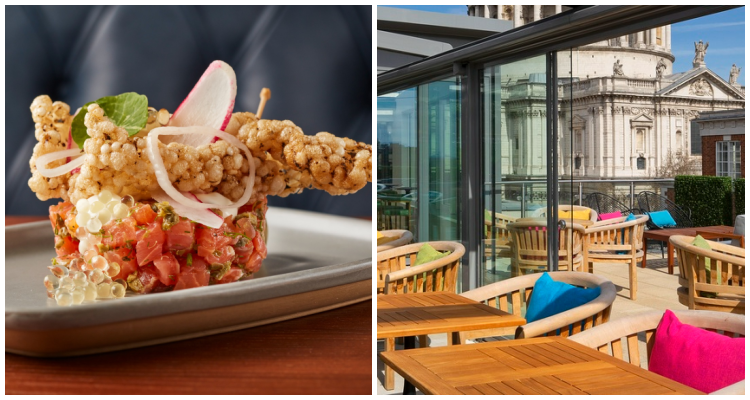 From soaking up the rays to tucking into tasty grub, this place has you doing it all.

The best dish we ate, though, was the smoked salmon tartare (£10). Topped with pickled shallots and capers to cut through the fish, plus yuzu flavoured balls that burst in the mouth and shards of nori cracker for some crunch, it proves the chefs really know how to play around with texture, while also nailing flavours. Bringing up the rear, but by no means falling short, was their hand-stretched puccia (£10), a bread from Salento smothered in caramelised figs, gorgonzola and Serrano ham. From the rich cheese to its salty meat and sweet fruit, everything was balanced.

Just when we thought we'd seen the best of the food, some beautiful desserts graced our taste buds.  Choosing the Mount Gay rum and bitter chocolate (£7), coated in hazelnuts, pistachios and dried strawberries, and a cinnamon apple crème brûlée (£7) rounded off our top-notch meal. While the latter was an unconventional take due to having no crackable top, with the caramelised flavour instead coming from pillowy toasted marshmallows, it totally blew us away. Honestly, I could've polished off at least four jars of the stuff. 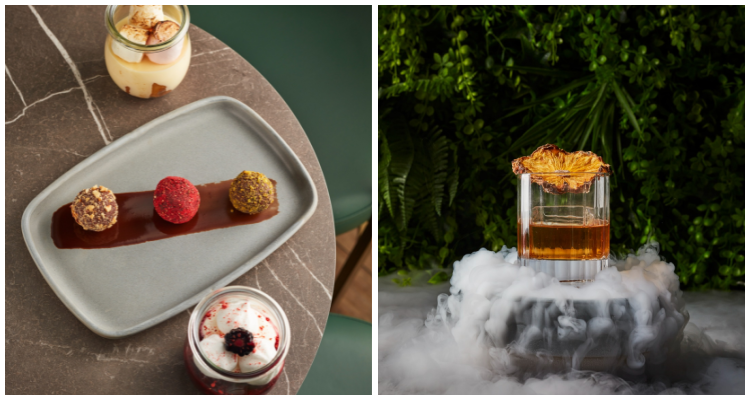 Sabine really know how to put on a show their drinks and dishes.

Heading to Sabine Rooftop Bar for drinks won't leave you disappointed either, with their signature tipples being some of the best I've tasted; the kind that make you go "oooooh" at every sip. From the scotch-laced breezy fizz (£16), finished off with hazelnut liquor, apple, lemon and ginger ale, to the bubbly city view (£16), there's something everyone will love. One of my picks, the farmer's legacy (£16), was also the perfect marriage of sweet peach, tart lime, tequila and orange bitters.
Their most impressive concoction, however, is the smoky desire (£24), a properly potent and sophisicated mix of Hennessy XO, Perique liqueur de tabac, demerara syrup and chocolate bitters. While I'm more of a fruity and fun cocktail girl, this drink made my other half incredibly happy and was presented in a glass dome filled with smoke for that extra dash of theatre. Well worth the investment, I'd say.

While drinks are more on the pricey side (and worth it), the small plates and desserts offer plenty of bang for your buck, especially when you consider the location. Quality food, quaffable cocktails and beautiful surrounds sum up what's in store here. So, in a city where key-high spots now seem to be on every corner, Sabine Rooftop Bar is still making its mark. My only request? With dessert coming up trumps, making that part of the menu a tad longer could be the icing on the cake (so to speak).

If you're looking for more views, check out our guide to rooftop restaurants in London.